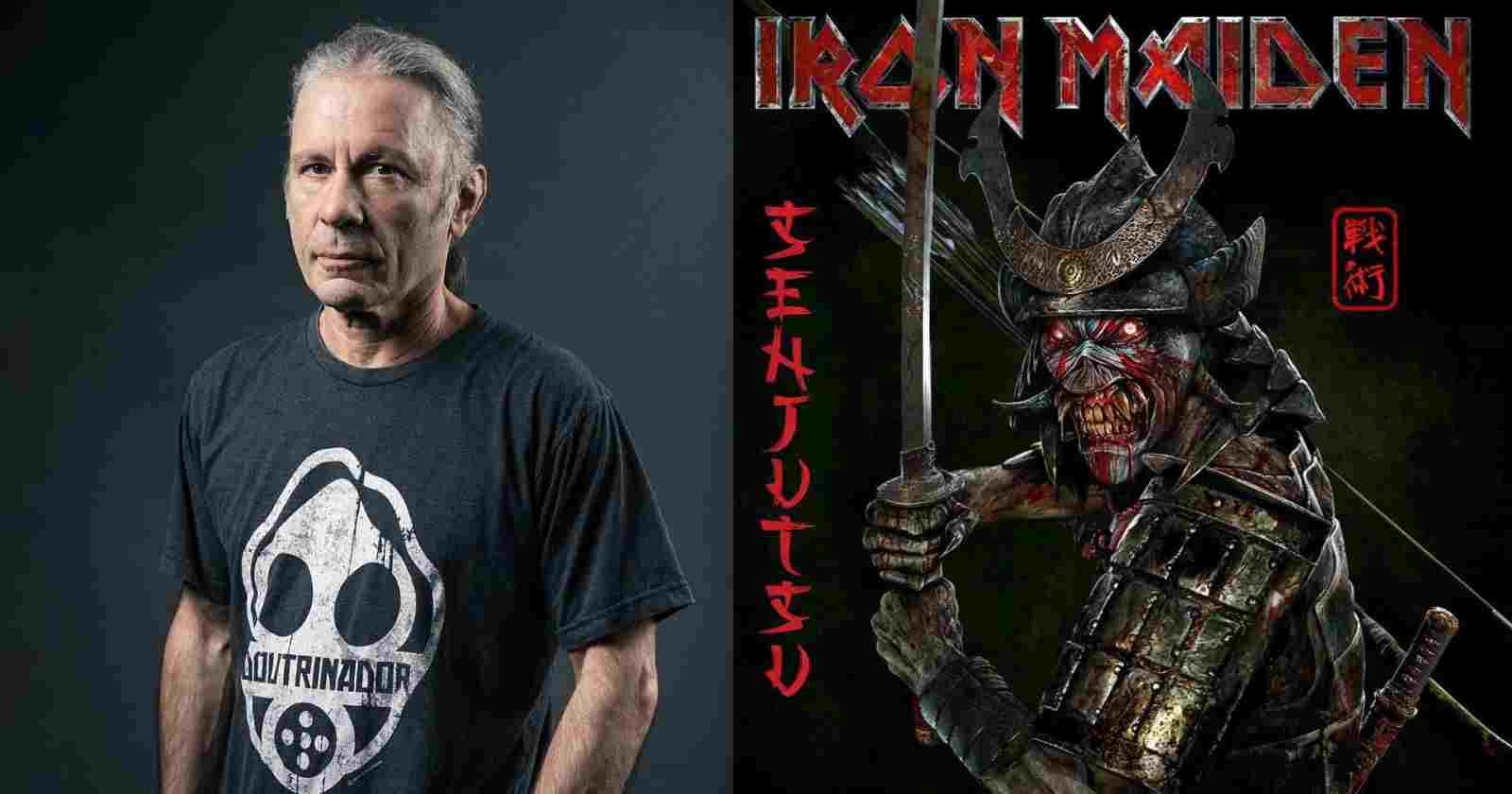 Iron Maiden vocalist Bruce Dickinson recalled in an interview with Kerrang magazine the making of the new Iron Maiden album “Senjutsu”. He said that when the album was made back in 2019, in some songs he was injured while recording.

“We had no clue, absolutely no idea, what the album was, we didn’t go in there with any set idea or preconception, we had a few ideas. We went into the studio and tried them out, and when they worked, we just recorded straight away. So while we were rehearsing, everything was being recorded – the tape was rolling the whole time.”

“Steve would literally lock himself away for two or three days, and we’d all turn up and play pinball. And then he’d say, ​‘I think I’ve got one, chaps. Oi! Everybody in the studio!’ Boom. The stuff I wrote with Adrian was a bit more conventional – we’d stand around and play guitar and sing and do that until we thought we had something. Then we’d rehearse it and put it straight down. It’s more organic, if you like. Steve tends to be quite detailed and meticulous in exactly how he wants it.”

About his Achilles tendon injury he said:

“I did the last couple of tracks of recording on crutches, in a boot – one of those big boots you have to wear to immobilise your leg. So, I bust it at the end of April. Thirty-six hours later I was on the slab having it stitched back together. And then 24 hours after the operation, I was in the studio, singing, with my leg the size of a fucking balloon.”

“It was a month in a boot. It took it off and then I had another two weeks of rehab. Then I had four months to try to learn to walk again before the tour. That tour of America and South America, all those big shows, I couldn’t walk properly, so I just faked it.”