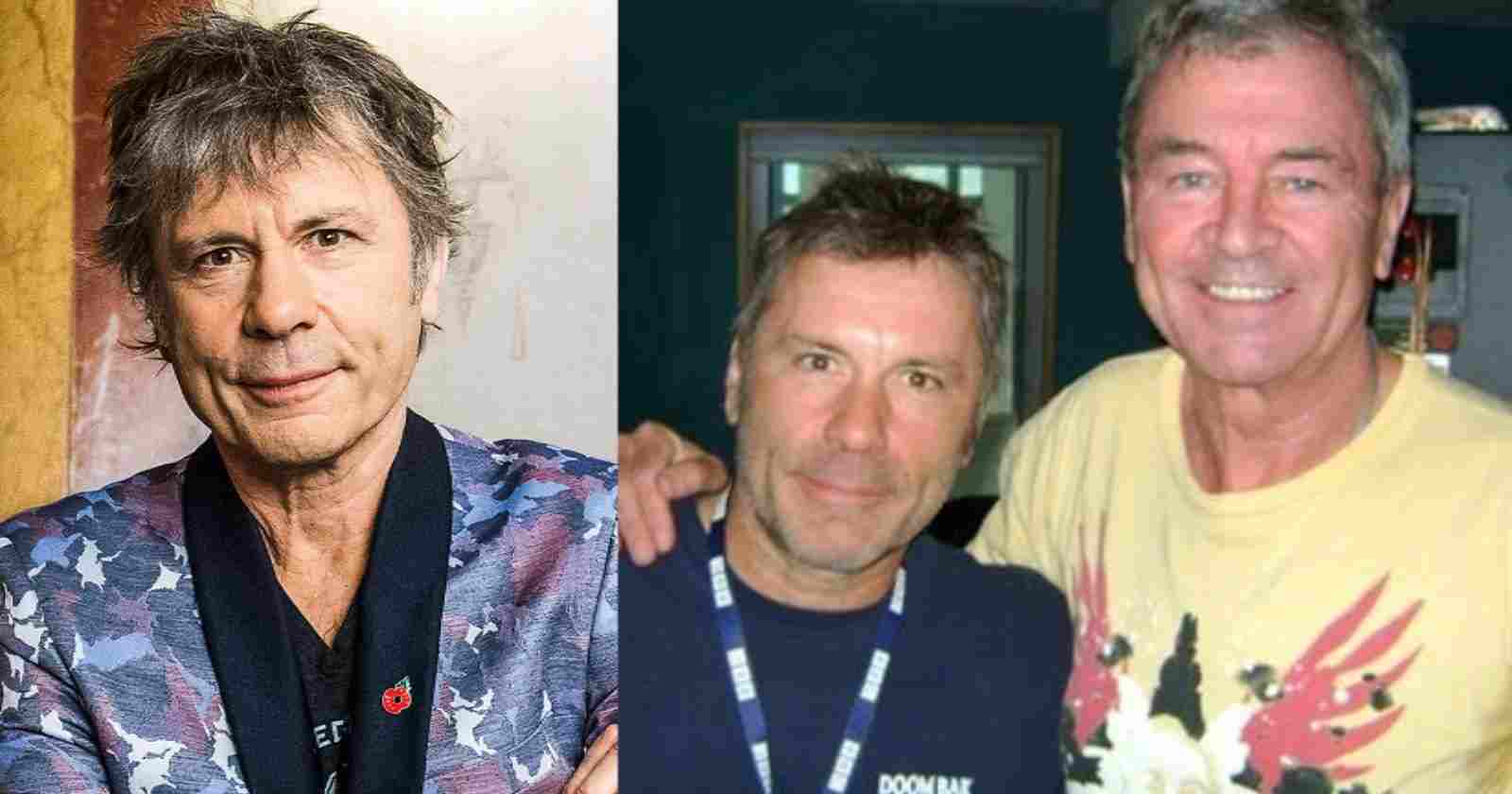 Iron Maiden singer Bruce Dickinson is a big Ian Gillan fan and said in an interview with BBC Radio that the Deep Purple frontman is his “Rock God”. The musician recalled that he vomited shortly after meeting Gillan, when he was still singing with Samson.

“There I was as a young spotty teenager … there was this noise coming through somebody’s door. So I opened it and I went, ‘What on earth is that?’ And it was ‘Speed King’ by Deep Purple off Deep Purple In Rock. And that was what got me started.”

During an radio interview a few years ago, Bruce revealed his favorite Deep Purple song: “It’s just one of those tracks, that is not played very often, but it’s got some phenomenal bits in it. And of course, it’s also got. So I mean, having been a drummer or at least aspired to being a drummer, I have huge respect for drummers. Also Ian Paice is simply one of the finest drummers in the world, he really is. I suppose if you’re going to be a drumming nit-noid type guy, it’s his foot, it’s all down to his foot.”