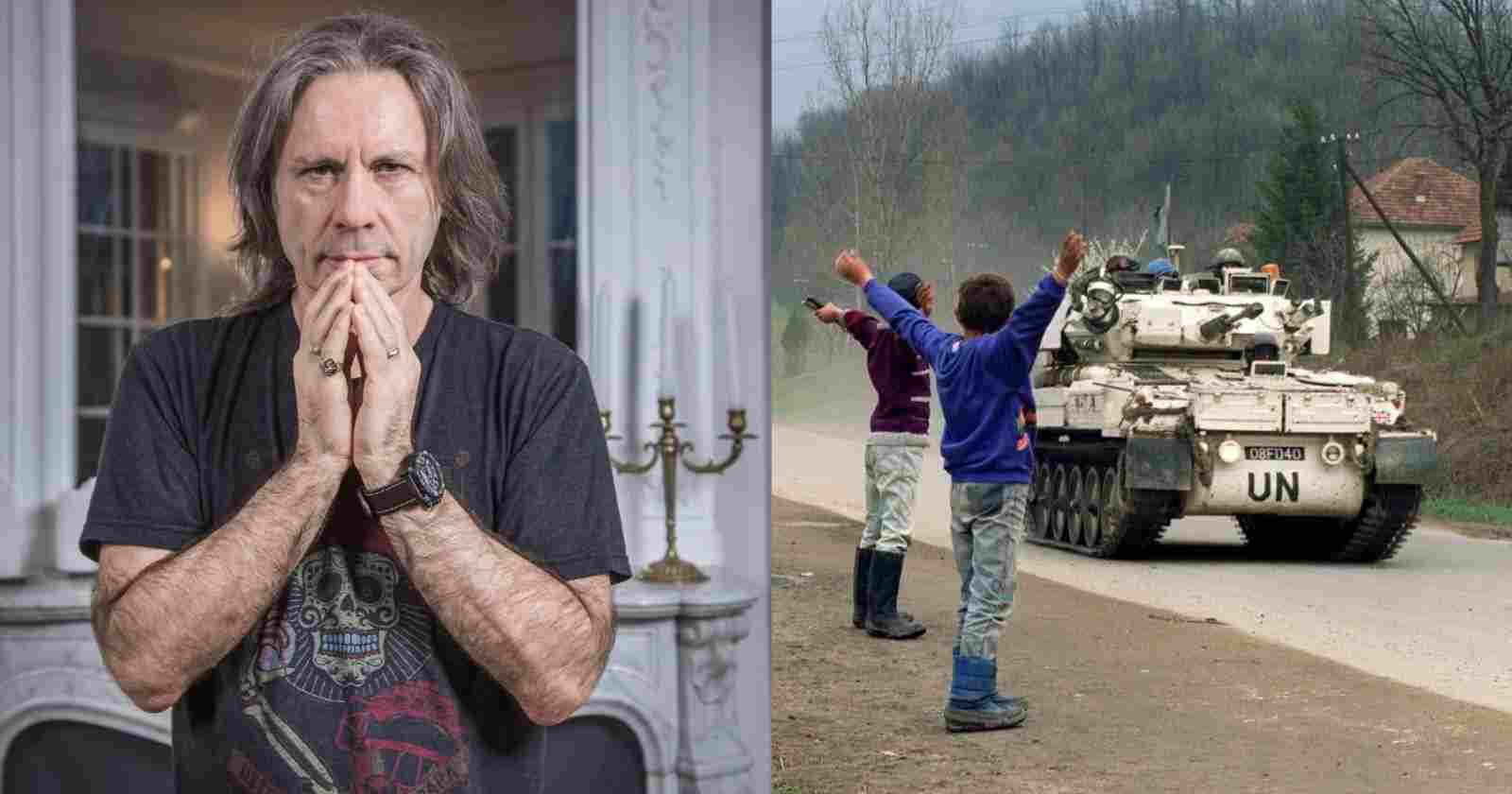 Iron Maiden singer Bruce Dickinson recalled in an interview with Kerrang when Iron Maiden performed back in 1994 in Sarajevo, Bosnia And Herzegovina during the war. The conflict was caused by a complex combination of political and religious factors: the nationalist fervor, political, social and security crises that followed the end of the Cold War and the fall of communism in the former Yugoslavia.

“It was literally in the middle of a warzone during one of the worst genocides in recent history. It was a seriously dangerous place. And it came about ‘cause I got a phone call saying an army sergeant major who had a radio show out there had the idea. ‘Would you like to play a gig in Sarajevo?’ And I went, ‘Sarajevo? Sounds like a bit of an adventure. But what about the war?’ And he went, ‘You’ll be helicoptered in, given UN protection with blue helmets, straight in, gig, out again.’ And I thought, ‘Fuck it, go on then!’”

“We flew into Split [Croatia] on a military charter plane. We turned up, and our blue helmets and flak jackets were in the corner. Then they got taken away and a guy went, ‘Here’s your boarding passes – fuck off back to England.’ The UN didn’t want to upset the Serbs by cheering up the people in Sarajevo. But then some locals went, ‘Hey, we can get you in.’ We got abandoned by the UN, at which point the British army stepped in and went, ‘Well, you must be our guests. Then, since it was a British army officer who invited you. Let’s see what we can do.’”

“We ended up in the back of an open-topped truck. Drove eight hours through an active firefight to the top of a mountain. Where we were supposed to meet armoured personnel carriers to take us down into the city. Except that didn’t really work out. Was it scary? Not really, you couldn’t see fuck all! It was done by a company called The Serious Road Trip, a non-governmental organisation who did things like driving a red London bus up to the frontline to run a clown school.”

“The show itself was great, because the reaction was unbelievable. These people literally lived in a war, and they’d all come out to the show, and when they cut loose it was like, ‘Holy shit.’ But it was still a war, all around. The day before we left, the Serbs decided to shoot down one of the two Sea King helicopters the British army had there. The commander in chief of the British army and his wife were on there. The Serbs put five 50-calibre anti-aircraft rounds through the thing and nearly took it down.”

“When we flew out, it was like Apocalypse Now. There was a guy in the back with a belt-fed machine gun with the hatch open. I was up in the front with the pilots, and one of them went, ‘We’ll be going operational in a minute.’ What’s that mean? Going down. And fuck me, did we go down! It could all have kicked off, though, because if they’d shot down that other helicopter, bang goes the peace process. That was reality.”

“What I found astonishing watching the film back was the passion of the people in it, the talking heads. What’s so moving about it was what it meant to everyone else. Bugger what we felt. Even though we had a lot of experiences there and it was a genuinely life-changing event for us. This was about the people who it was for. We went there, we saw that shit, and we’d been changed by it, because we understood how it was to live somewhere where war is going on,” Bruce Dickinson said.