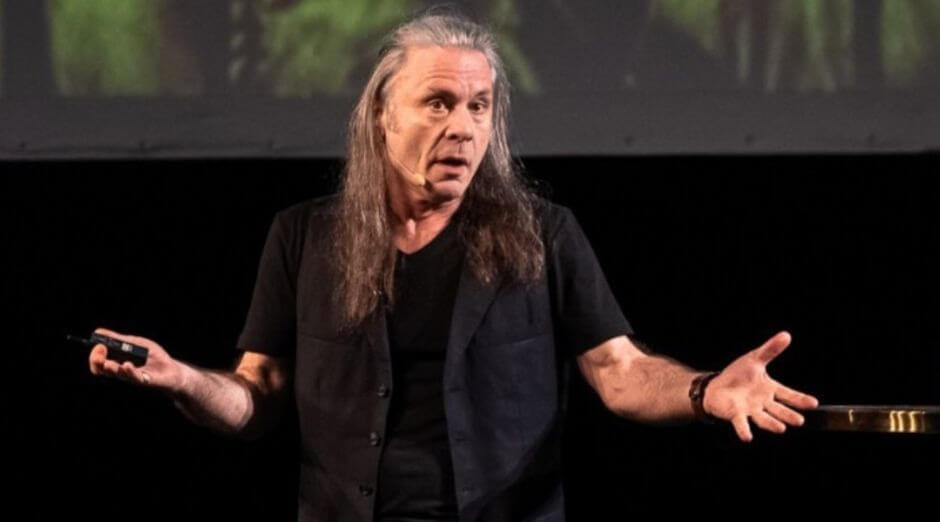 Iron Maiden singer Bruce Dickinson recalled in an interview with Kerrang his first concert on the band that happened during the Killer World Tour in Bologna, Italy back in October 26, 1981. The musician said that was suddenly being playing in the Premier League.

“I’d already been playing gigs with my band Samson, but this was a lot different! The analogy I’ve always used is that it was like a football player going from Wycombe Wanderers to Manchester United. Suddenly you’re in the Premier League – or at least that’s what it felt like. With Samson, we never played outside the UK. I’d hardly been abroad myself, really. I went on a couple of school trips and a package skiing holiday with a girlfriend when I was at uni, but that was it. So all of a sudden going on a five-date trip with Maiden was huge!”

“It took forever to get there, because we drove in a tour bus. Which didn’t seem terribly reliable, but it was exciting to me because I’d never been on a tour bus before. After about 18 hours it did get a bit old, but I thought, ‘I’d better get used to this.’ At one point, the carpet down the middle of the bus started to levitate. I thought, ‘This is odd…’ and it turned out there was a hatch in the floor that went into the open road that wasn’t bolted down!”

He didn’t open his eyes

“I don’t think I actually opened my eyes for the first four songs of the gig. And of course, the road crew, who’d all been touring with Maiden for a while, were all looking at me and sizing me up. Everyone was looking at me like I had two heads! But I knew that’d happen, and I knew I just had to get on with it. I knew people had seen the band with Paul [Di’Anno, previous singer], so there was some baggage. But then there were those for whom it was brand new.”

“So you were getting this frisson of resistance from some elements. But as I say, I knew I just had to get on with it. And we weren’t just introducing me, we were playing stuff from Number Of The Beast that nobody had heard yet. So it was very different to what they knew.”

“After the show, I felt like we’d done a good job, but it didn’t feel like we’d conquered everything in one gig. I felt like things were still a work in progress. We were building up to things, and that carried on for a while, but we knew we were going the right way – the new material was giving us goosebumps, and we knew that when it hit, that’s when we’d feel that big shift.”