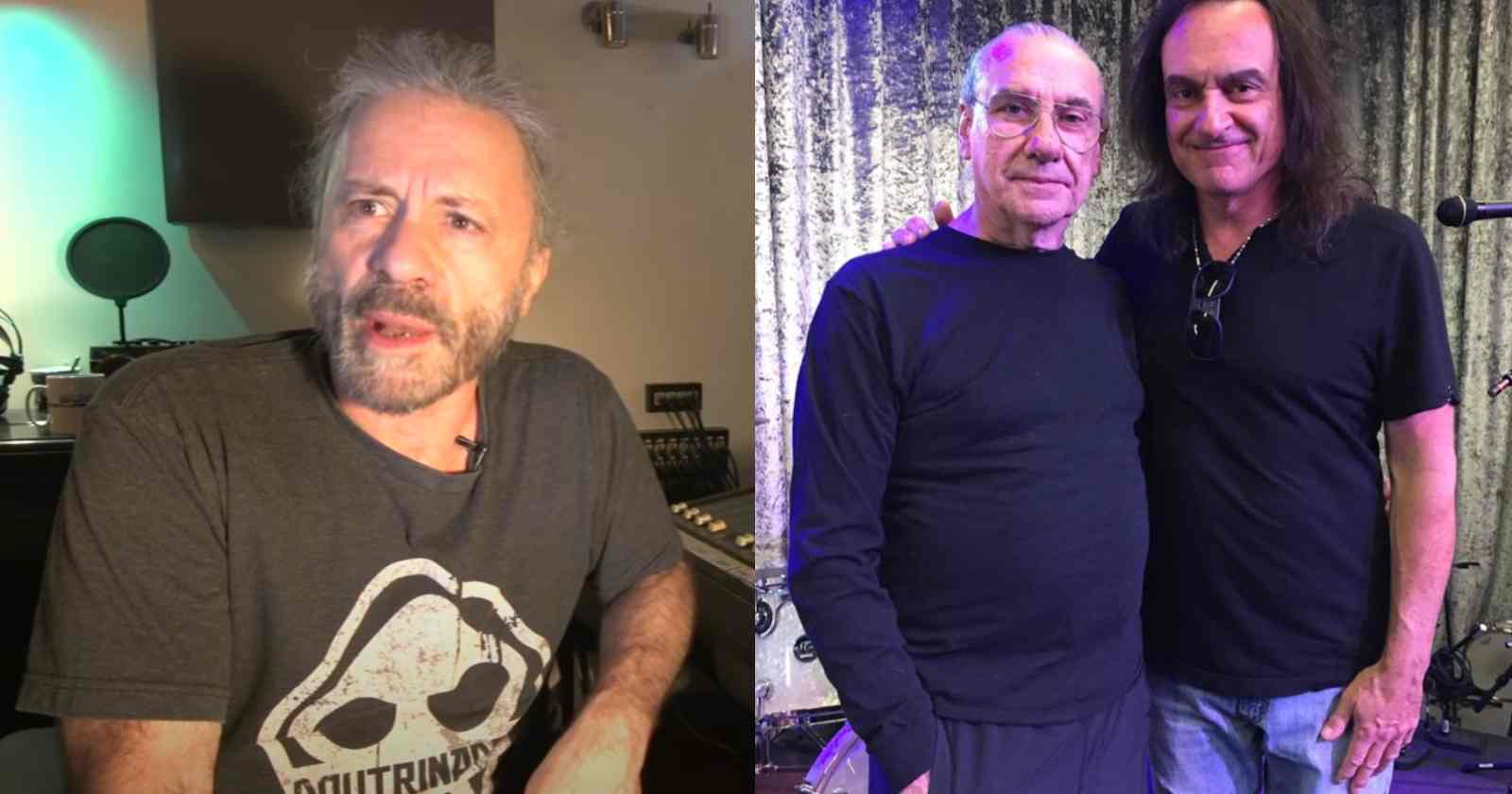 Iron Maiden vocalist Bruce Dickinson was asked during his spoken-word tour at at Palace Of Fine Arts in San Francisco, California (Transcribed by Blabbermouth) about his opinion if Black Sabbath could exist without drummer Bill Ward, who chose not to be part of the band’s reunion in the 10s, because he didn’t agreed with the deal he was offered.

“I’m a massive lover of Bill Ward’s drumming style; I think it’s inspired. ‘Cause he’s not really a rock drummer; he’s more like a jazz drummer playing rock. And I love that kind of style; it’s kind of like drums that kind of wander around the rhythm and everything else. But he’s on it; he’s brilliant. And I met him. He’s a lovely bloke as well. Slightly mad, but very nice. But then aren’t we all? All of us are on the madness spectrum a little bit.”

The relationship between Ozzy Osbourne and Iron Maiden wasn’t always good, especially when Sharon Osbourne hired people to throw eggs at Iron Maiden after Bruce Dickinson said bad things about the Black Sabbath singer during Maiden’s concert at Ozzfest in 2005. In an interview with Howard Stern back in 2005 Ozzy’s manager and wife Sharon explained why and how she made people throw eggs at Dickinson, Steve Harris, Nicko McBrain, Dave Murray, Janik Gers and Adrian Smith during their set.

“We’ve know those guys since the 80s and we offered them the show. They were getting paid $185.000 dollars each night. Everything they wanted they got. They would go on stage and Bruce Dickinson, each night would slag Ozzy. (He would) Say really disrespectful things about him and Ozzy is the schmuck that is paying him!”

“So I’m thinking to myself ‘Let it go on. Just carry on your little shit’. So on the last night in L.A, I’ve got 200 hispanic kids, loaded them with eggs. They had peanut butter, they fucking pelted the shit out of them. Then I went on stage and I said ‘Look, don’t fuck with us. Don’t be disrespectful, this is what you get,” Sharon Osbourne said.