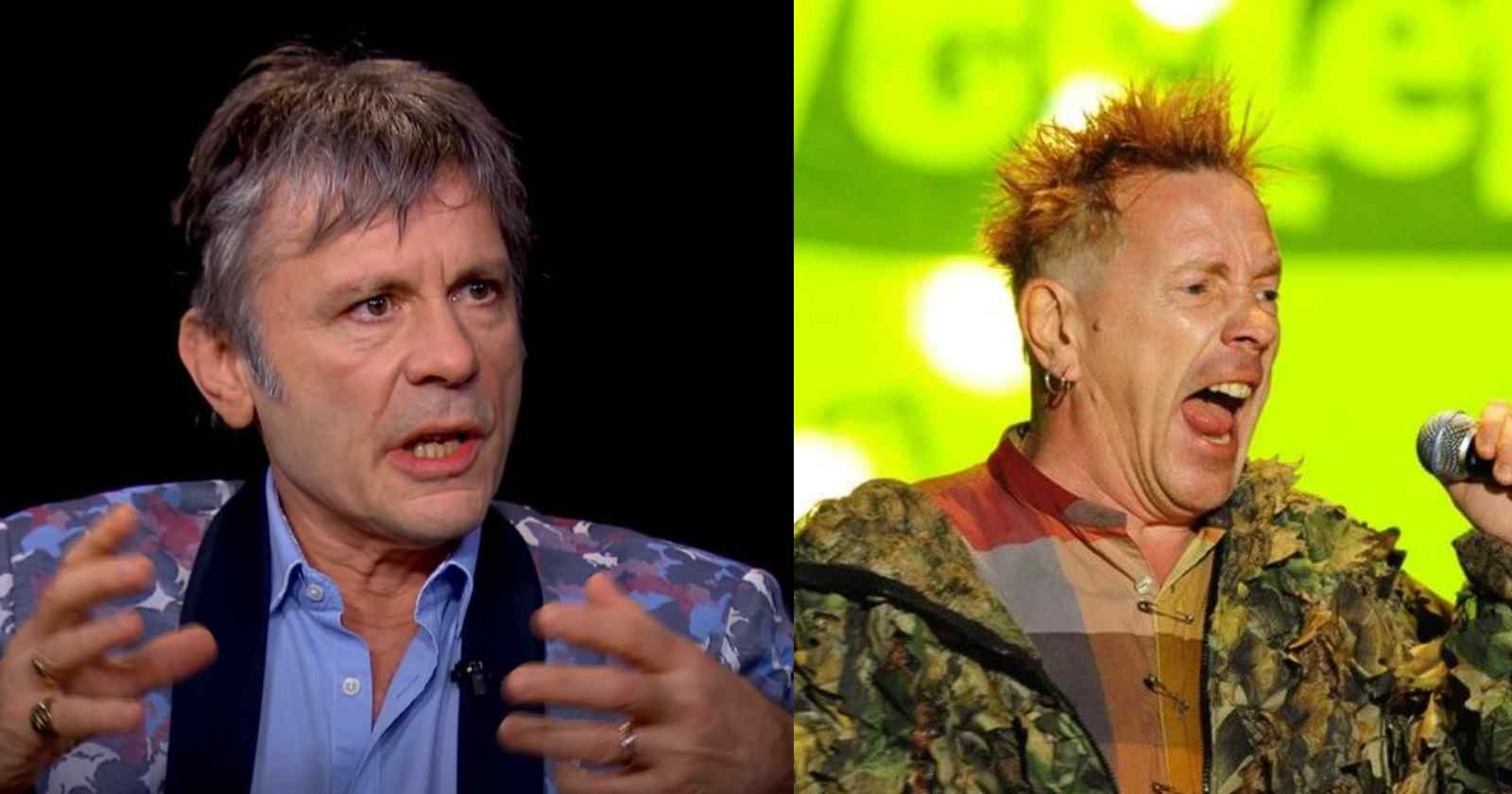 The Punk Rock movement took the music business by storm in the mid and late 70s, with bands like The Ramones, Sex Pistols, The Damned, The Clash and Dead Kennedys. Those groups brought the simplicity to Rock music again and sang many times about all their anger and social injustice. The movement was loved by many famous artists but there are others that are not big fans of the music genre. Over the decades many musicians gave their opinion on Punk and one of them was the legendary Iron Maiden vocalist Bruce Dickinson.

In a conversation with Vice back in 2017, Bruce Dickinson talked about Punk Rock “being a marketing scam” and shared his view on The Sex Pistols. “I mean, [Sex Pistols manager] Malcolm McLaren was a clever, intuitive chancer. (He) basically used his knowledge of art and fashion to re-purpose what effectively were just a bunch of fairly average heavy metal riffs but present it in a totally different way.”

“The Sex Pistols were a thoroughly standard rock band. Glen Matlock was the only talent musically in there. He wrote all the songs. The rest of it was heavy metal guitar riffs with Glen Matlock, who’s a big Beatles fan. And John Lydon, who was a smart cookie with his sneer and persona and some quite acid lyrics. You put it all together, go on the BBC or wherever, and bang—they were darlings of the media,” Bruce Dickinson said.

The Sex Pistols only recorded one album “Never Mind the Bollocks, Here’s the Sex Pistols” (1977). That record shocked the United Kingdom and the world at the time with their sound and lyrics. That record has famous tracks like “God Save the Queen”, “Anarchy in the U.K.” and “Pretty Vacant”.

For Bruce Dickinson, Iron Maiden’s first album had a Punk feel to it because it sounded like “a sack of shit”

Iron Maiden’s debut album was released in 1980 when the band was formed by Paul Di’Anno (Vocals), Steve Harris (Bass), Dave Murray (Guitar), Dennis Stratton (Guitar) and Clive Burr (Drums). Over the decades many fans and critics said that the album sounded like a Punk record. In a conversation with Spin back in 2015, Dickinson said that the album had a Punk feel to it because it sounded like “a sack of shit”.

“If you look at all the old Steve Harris interviews — he hates punk rock. The first Maiden album sounded punky because it sounded like a sack of s–t. He hates that record. The first singer [Paul Di’Anno] gave it a little bit of that kind of vibe. But the punk thing was nailed to the band by the press.”

“The band absolutely hated it. There was no way on God’s green earth Maiden were ever, even remotely, a punk band. As soon as ‘Killers’ came out, which was a proper sounding record, it was obvious. Where’s the punk thing on ‘Killers’? You’ve got ‘Murders in the Rue Mourge’ which basically could have been off of Deep Purple’s ‘In Rock’. (Then) you’ve got ‘Prodigal Son,’ a proggy, sweet little ballad. You’ve got ‘Twilight Zone,’ all this kind of stuff. Where’s the punk thing? Don’t get it,” Bruce Dickinson said.

Bruce Dickinson gave his view in an interview with The Guardian back in 2014 on the reason why Heavy Metal music was never embraced by the so called “art establishment” and Punk Rock was.

“The closest the ‘art establishment’ ever came to embracing metal was punk. The reason they embraced punk was because it was rubbish. And the reason they embraced rubbish was because they could control it. They could say: ‘Oh yeah, we’re punk so we can sneer at everybody. We can’t play our fucking instruments. But that means we can make out that this whole thing is some enormous performance art.'”

Bruce Dickinson was born in Worksop, Nottinghamshire, England back in 1958 and first joined Iron Maiden in 1981. He took the band to another level of commercial success with his incredible vocal range, that was present especially on the albums the band recorded in the 80s.