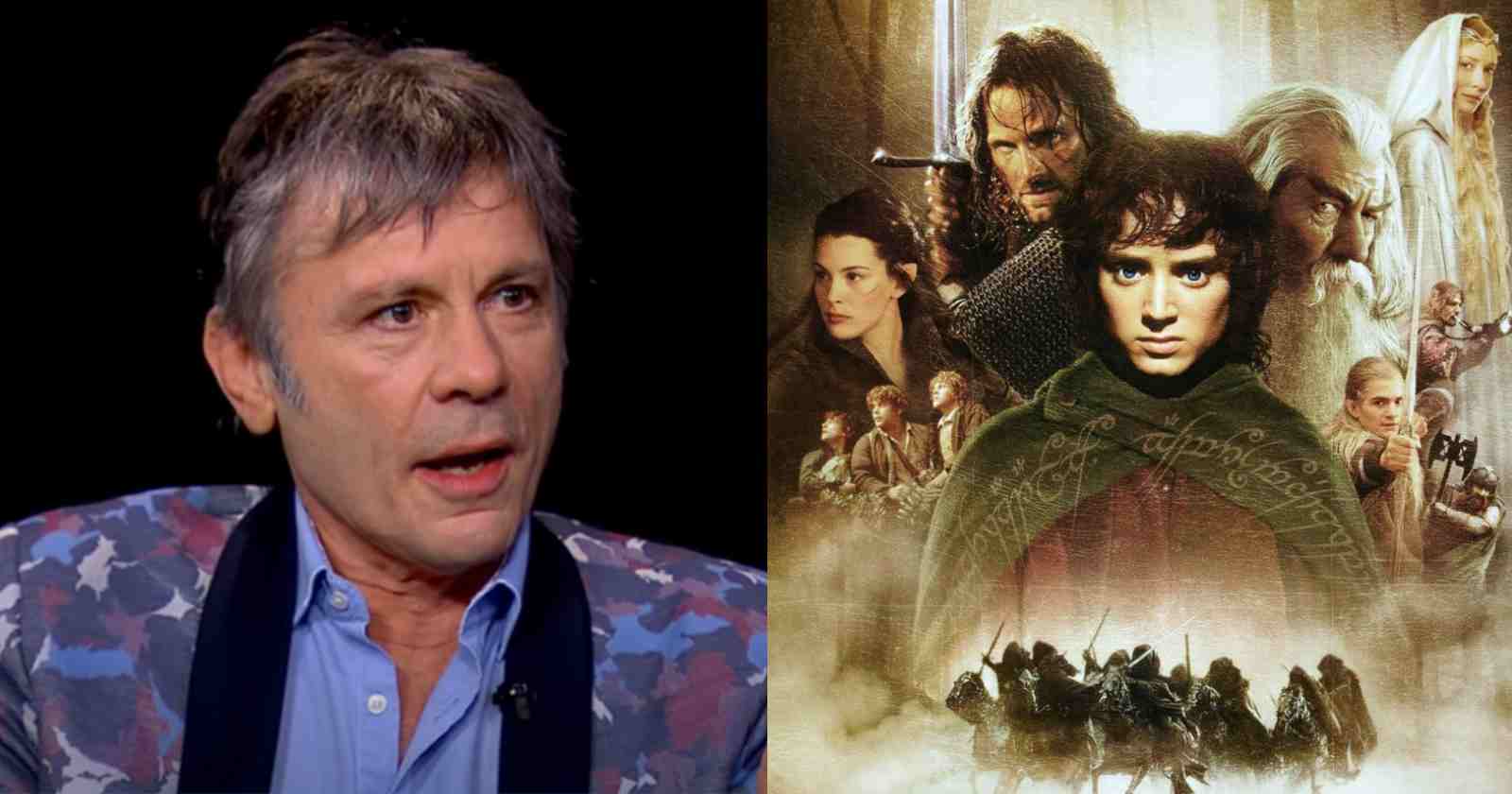 Bruce Dickinson is known not only for being the legendary Iron Maiden vocalist, but for also his interest in many different areas, since he is an airplane pilot, fencing athlete and has a degree history.

Over the decades he gave his opinion on many subjects, including other forms of art. So Rock and Roll Garage selected what the musician said about the book and movie franchises “Lord Of The Rings” and “Harry Potter“.

The first one, was created by J. R. R. Tolkien and the first book of that universe “The Hobbit, or There and Back Again” was released in 1934. He then revisited that fantasy world he created in more three books of “The Lord Of The Rings”, two released in 1954 and one in 1955. All those publications were successfully adapted to the movies by director Peter Jackson in the 00s and 10s. More recently in 2022 also became a TV series via Prime Video.

Harry Potter was created by the also British author J. K. Rowling. She released the first book of that universe in 1997, that was adapted five years later to the movies and became a very successful franchise.

Bruce Dickinson was touring doing lectures about his autobriography “What Does This Button Do?” in 2018 and he was answering questions from fans that were in the crowd. He was asked in Oslo, Norway which one was better in his opinion: “Harry Potter” or “Lord Of The Rings”. He answered them giving his opinion on both movie and book franchises. (Transcribed by Rock and Roll Garage) “I’ll tell you what, ‘I love Lord Of The Rings’. I’ve read (the book) when I was 12 and it was brilliant although my then English teacher was very dismissive on it. ‘A lot of rubbish. One bloody long walk, another bloody feast, some poetry, another battle, that’s all it is,’ (he said).”

“Over the years I’ve come to see his point actually. You condense it down a little bit perhaps. But at the time I thought it was actually brilliant. The astonishing when I saw the Peter Jackson version of it was how his vision of the ‘Lord Of The Rings’ was exactly the picture that was in my 12 year-old brain.”

“So either we were channeling something spooky or that writing is so inspirational that everybody is seeing that same image. That’s quite remarkable. So I’m a big fan of ‘Lord Of The Rings’. I must confess I’m a little bit snooty about ‘Harry Potter’ until I sat in America and there was like ‘Harry Potter, we can, Harry Potter marathon’.”

“I’ve watched them all back to back, they’re brilliant. I’ve changed my opinion, they are fucking brilliant. I love Harry Potter. I’ve never read one of the books but I watched all the movies. So I think they are both really, really cool,” Bruce Dickinson said.

Talking with Revolver Mag in 2018, the Iron Maiden frontman revealed that “The Lord Of The Rings” is his favorite book that he never wrote a song about. He explained the reason why, he never tried to wrote one, saying: “We just thought it’s such a huge book that it would be silly to write a song about it. It’s almost as daft as imagining you could make a movie out of it. Though, of course, someone did that rather well,” Bruce Dickinson said.

In an interview with The Guardian in 2013, he made comparisions between the authors Philip Pullman and J.R.R. Tolkien. When asked which was the last book he enjoyed reading, the said that he had read H.G. Wells’ “The Shape Of Things To Come” and that he was starting the “Dark Materials Trilogy” from Philip Pullman. He then commented on how people compared him to Tolkien.

“Before that, 20 years too late, I’m just starting the third book of the Philip Pullman His Dark Materials trilogy. You race through those books – they’re really readable – but they have deep concepts. Some people compare him to Tolkien but he’s much easier to get your head around. Tolkien was rooted in academia – I read Lord Of The Rings when I was 11 and my English teacher at the time was absolutely scathing about it.”

“He said “it’s just a long feast followed by a long boring walk followed by another battle”. I said – you have a point. Having said that the movie is brilliant. The way Peter Jackson rendered Tolkien’s turns of phrase was magical. They were exactly as I had seen them in my mind’s eye as a child. How was that possible?” Bruce Dickinson said.