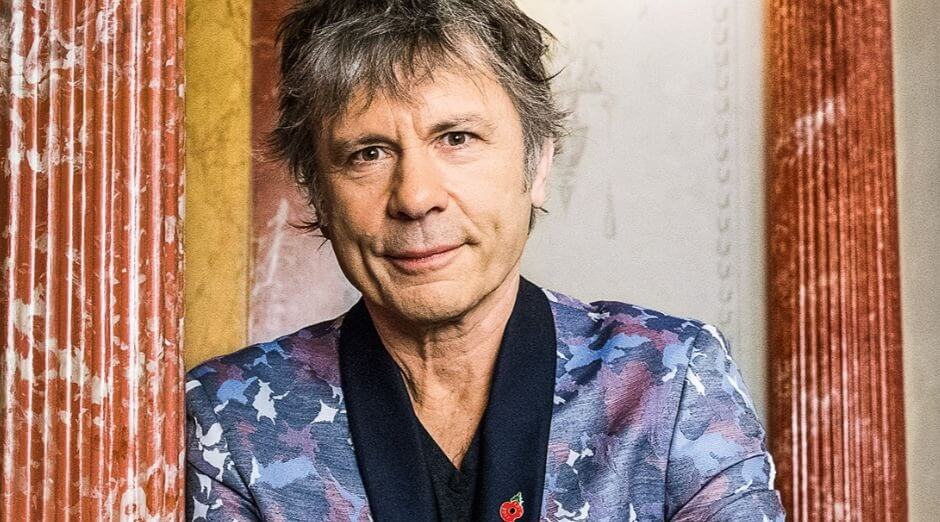 The legendary Iron Maiden singer Bruce Dickinson revealed in an interview back in 2018, the 5 songs that changed his life, making who he is. He recalled that many of his musical memories come from his school days, saying: “I got kicked out for pissing in [the headmaster’s] dinner”.

Bruce Dickinson reveals the 5 songs that changed his life

“I was walking up and down the corridor at boarding school and I heard this racket coming from behind a door. I thought, ‘Oh my god, what is that?!’. So, I knocked on the door and this senior boy opened the door and looked at me with a big sneer on his face.”

“We used to have little auctions in the boarding house. People would be short of money and wouldn’t have enough money to have enough to pay their bill at the school shop, so they’d auction their stuff off. LPs got auctioned quite regularly.”

“The second LP that I got was Deep Purple In Rock. Scratched to bits. I paid 50 cents Australian for it. And I loved it and played it absolutely to death. I think I might have blown up my parents’ stereogram with it.”

“Black Sabbath was the second album I bought in an auction, after Deep Purple In Rock. Sabbath went through a few transitions, then they came out with this album, Sabbath Bloody Sabbath, which was just immense. To me it’s one of the best rock albums of all time.”

“I’m guilty as charged, I did a terrible cover of this song because somebody offered me money. I was out of Maiden and short of a few quid so I went, ‘Yeah, go on then’. It just proved that you should never try and cover legendary things. They should just stay legendary.”

“I saw Arthur Brown at school. He wasn’t doing Crazy World, he was doing a band called Arthur Brown’s Kingdom Come, it was pretty advanced for its day. I was 15 years old with my mind scrambled on Mars Bars and Fanta. I had a massive sugar rush.”

“I’m sitting there, and the lights go down in this small Gothic Great Hall, and out comes Arthur, dressed in this Inca headdress. He stands before an altar, there’s no drummer in the band, just two keyboard players, a bass player and a guitarist. There’s a drum machine. This is in 1975 – a drum machine! And it’s played by Arthur.”

“The drum machine is continuous loops of different drums which he speeds up and slows down. Also, the whole thing is a complete barking mad mess. There’s no time to anything. It’s all improvised. People were dressed up as traffic lights, two people were dressed up as a brain, that got beaten up and stolen. I’m thinking, ‘This is the weirdest trip I’ve ever had in my life’.”

“Suddenly he did this rant about the cosmos, and all these stars appeared. I was like, ‘Oh my god, this is what it must be like to be on acid’. Arthur just put you on acid without you ever going near a drug. I went away from that and my internal compass was wobbled for a while. But that voice came out, it was like the voice of God.”

“He had an amazing voice, it was just spectacular. I borrowed a lot of his phraseology and style. I loved the fact it was almost semi-operatic but kind of anarchic as well, what he did with his voice. As a frontman he was completely nuts. Arthur was a completely off the wall. He was a great English eccentric. The album that comes from [1968’s The Crazy World of Arthur Brown] is probably one of the first – if not the first – concept album. It was about a man’s descent into hell. Obviously when [‘Fire’] happens, he’s just got to the door of hell.”

“Pete Townsend was the executive producer of the album. That was the genesis of Tommy and Quadrophenia. That was the start of that process.”

“‘Let It Be’ was how I first started to sing. My mate Mike at school made himself a bass guitar in the school woodwork workshop. So we decided we’d enlist a couple of guitar players and try and start a band. The only song we could even get halfway through was ‘Let It Be’.”

“Mike was the singer because he was in the school choir. I was designated in the school choir as a non-singer. You had to do a test; the guy played a note on the piano and you had to sing that note. If you got in the school choir, it was death; the only day we ever got off at boarding school was Sunday. That was when you’d have to go and sing in the choir. ‘I’m not having that,’ I thought.”

“So I made sure that, every note he played, I sang a completely different note. I got a little certificate that said ‘Dickinson: non-singer’. I had to take it to my house master and tell him I didn’t have to turn up to choir practice on Sunday. But Mike was a bass voice, so it was a bit odd. Very nice, but not really very rock’n’roll. And the high notes were a bit of a struggle.”

“So they told me to shut up on the bongos and give him a hand. I let rip on the high notes and they went ‘Oh, you’re the singer’. We split up shortly afterwards due to artistic differences. And the fact that it was teatime.”

“S0, I was a huge Ritchie Blackmore fan, so when he left Deep Purple and started Rainbow, the whole world was in turmoil. I was 16 or 17 years old and it was the talk of all the record stores. I used to hang around with people who built motorbikes. And I was around this row of garages and this guy was putting together something called a Triton – I think it was a Norton frame with a Triumph engine, a home-made bike. He was just putting it together was a spanner.”

“There was a transistor radio in the corner, it was a Saturday afternoon and Alan ‘Fluff’ Freeman’s Rock Show was on. So I heard this thing coming out of the speakers. I was like, ‘Oh my god. What is that noise? Wow. Wow wow wow wow wow.'”

“Then the guy said, ‘Do you want to ride on the motorbike?’ So we went for a tear up the road, he was doing about 100 miles per hour and I was on the back. He took his hands off the handlebars and tapped me on the knees. Rainbow’s ‘Stargazer’ was the backdrop to it.”

“Richie Blackmore allegedly was considering me as a singer in Rainbow. I got a phone call in the middle of the night, when I was in a band called Samson, and it was Richie’s guitar roadie. He asked, ‘Are you interested in a job singing for Rainbow?’ I went, ‘Of course I am!’ And that was it, that was the last I ever heard of it. I asked later, ‘Was that for real? Was that a wind-up?’ They said ‘It was under discussion, but there was something to do with your trousers. He objected to the trousers you wore.'”