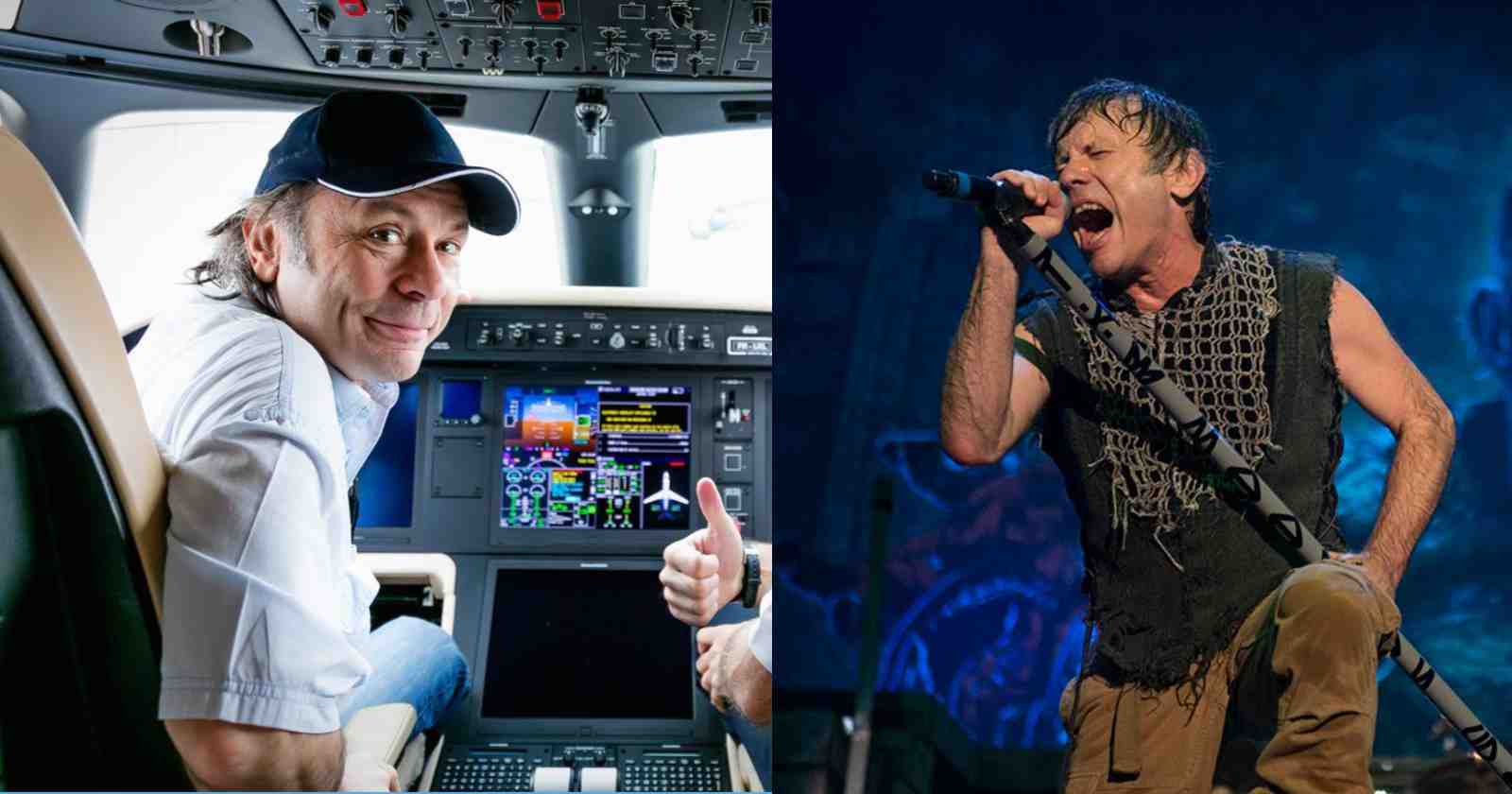 Iron Maiden vocalist Bruce Dickinson, who is also an airplane pilot recalled during his spoken word tour, reported by Revolver Magazine, that he once accidentally played the 2003 Maiden album “Dance Of Death” over airplane radio, when the record still hasn’t been released. He explained that he wanted to play the new songs only to the crew of the airplane but he discovered some time later that he was with the microphone open and broadcasting the audio.

“Once we were coming back empty from somewhere down in Egypt or somewhere, wherever the hell it was, but it was an empty airplane. So the cockpit door’s open, the cabin crew are all in the back and they’re all chilled out or asleep or doing whatever, and we’re flying over Italy, in the cruise, autopilot’s on, thumb in bum, mind in neutral, you know.”

“And my first officer was a big rock fan, a big AC/DC and Airborne fan, right? So he’s — wherever trip we were on — he’d bought his boom box with him and he said, ‘hey boss, listen. Do you mind — we’re in a cruise — if I listen to music?’ I went ‘of course it’s not strictly company procedure. Fuck it, yeah. Come on.'”

“So on goes AC/DC, a bit of Airborne and we’re grooving away, and I said ‘you know what? I happen to have the just mixed copy of the new Iron Maiden album on me, which which nobody in the world has heard apart from the band and the management. Do you wanna hear it?’ He’s like ‘yeah, yeah cool!'”

“I went ‘yeah!’ So out comes the blank CD, put it in the CD player as it was then, and put the boombox on the pedestal and we start playing it, and I shout back to the girls and boys ‘uh, anyone wanna hear the new Maiden album?’ They went ‘yeah!'”

“So I get the hand microphone … and I put it up [against the speaker], and you know wherever [in the album], probably ‘Rainmaker’ or something, it’s blasting out all through the cabin and they’re all [having a good time]. And it’s been about four minutes or so and I’m thinking ‘I haven’t said much on the radio recently.'”

“So I put the hand mic down and [think] ‘oh fuck,’ and then I finally get on to Rome, you know, and all I can hear is this bloke going ‘who is transmitting? Who is transmitting the music? What airline are you? Who are you? Own up!’And the great thing was he wouldn’t have a fucking clue who it was because the album wasn’t released yet.”