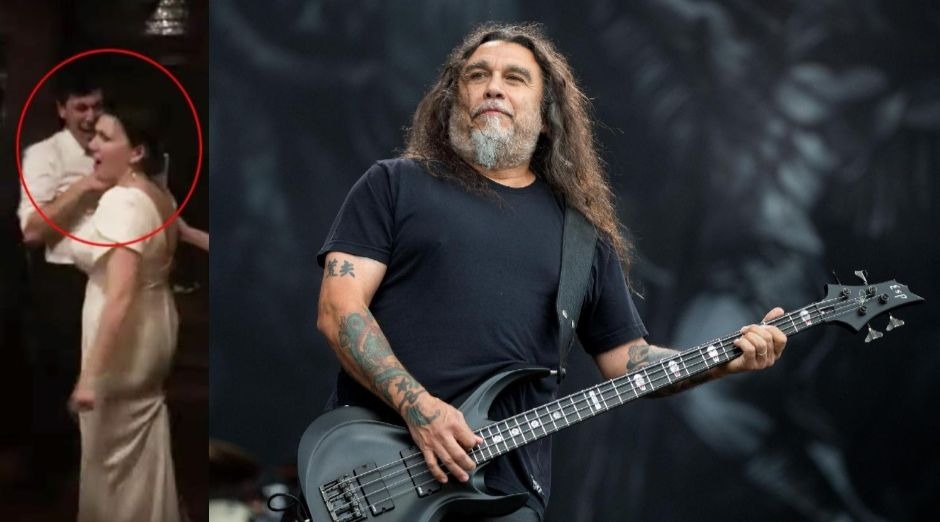 The wedding of Adam Schwartz and Katherine P-G took place late last month and had Slayer as soundtrack. As the tradition dictates: religious celebration after a good engagement and reception for the guests with a party.

Since the groom likes good old rock and roll, the wedding ballad got out of hand when the DJ sent Slayer’s “Raining Blood” and the mosh pit was formed.

The classic made thrash metal’s most enthusiastic guests excited, and a mosh pit quickly formed, which eventually involved the bride.

Check out the energy of Slayer inside the wedding, which had no record of injuries:

One of Slayer’s biggest hits, “Raining Blood” was written by Jeff Hanneman and Kerry King. D. X. Ferris said that “when Hanneman wrote the song, he envisioned a scene from a dark street or bloody back alley”, and later went on to say that the song “described a banished soul awakened and hungry for vengeance.”

The second verse was written by King, who “pick up on Hanneman’s title and in his new direction”. The song, along with the rest of Reign in Blood, was recorded in 1986 in Los Angeles, California, with producer Rick Rubin.

“it’s about a guy who’s in Purgatory ’cause he was cast out of Heaven. He’s waiting for revenge and wants to fuck that place up.”