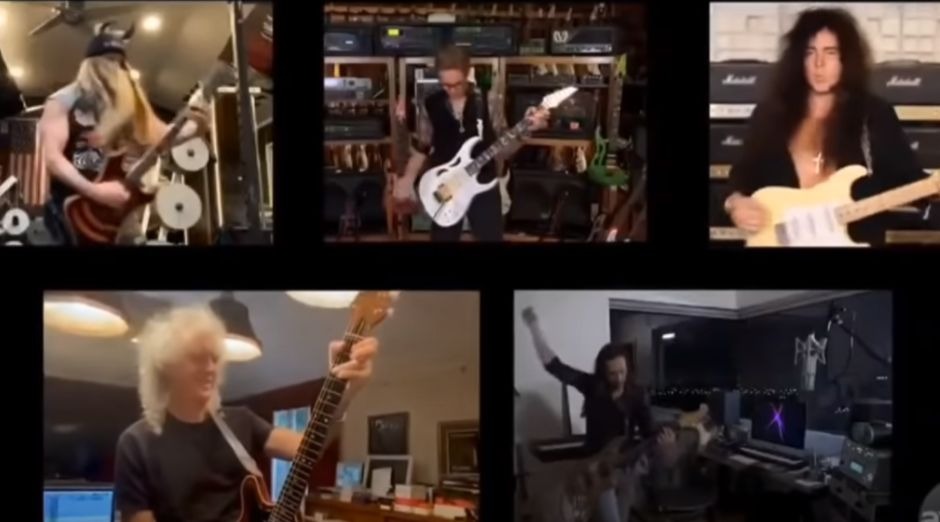 “Bohemian Rhapsody” is a song composed in 1975 by Freddie Mercury, and included on Queen’s album A Night at the Opera. The tune has three segments. First, it starts with a ballad that ends with a Brian May guitar solo. After the solo begins a small opera entirely composed by Freddie Mercury. After the opera, a small “hard rock” part begins. Freddie Mercury composed the instrumental, the opera and almost the whole song. He wrote most of “Bohemian Rhapsody” at his home on Holland Road, Kensington, West London.

The single was accompanied by a promotional video, innovative for the time, and popularized the use of video clips for the release of singles. In addition to being considered the starting point of the “MTV era”.  Although the critical reaction was initially divided, particularly in the United States. However, “Bohemian Rhapsody” remains one of Queen’s most popular songs.

In addition, Rolling Stone magazine placed it at 166 on its The 500 Greatest Songs of All Time list and considered its guitar solo to be the 20th best solo of all time.

Generation Axe are an American rock/heavy metal supergroup formed by Steve Vai in 2016. They toured North America in April and May 2016, and Asia in April 2017. Another North American tour took place in November and December 2018. Besides another short Asian tour in November 2019.