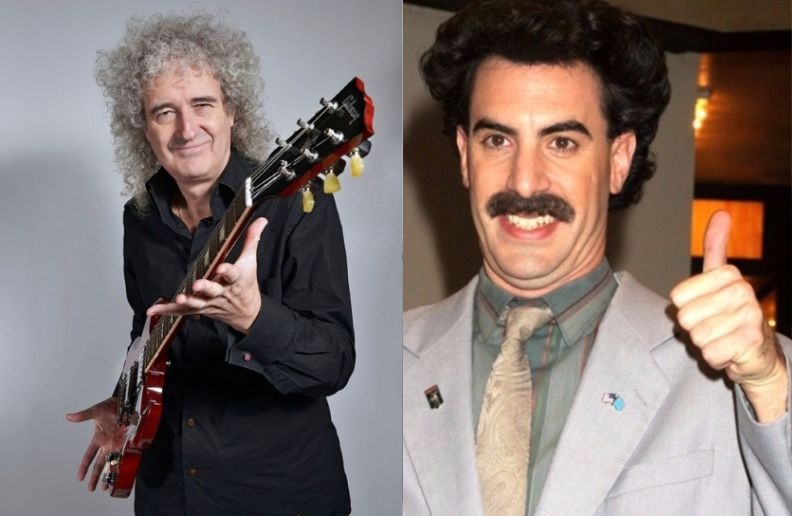 The guitarist Brian May spoke in an interview with Classic Rock magazine about “Bohemian Rhapsody”, Queen’s biopic of his co-production with drummer Roger Taylor. And he said that the movie it would have been a disaster with Sacha Baron Cohen.

How do youfeel when you watch it – happy, sad, nostalgic?

“All of that, yeah. Joy and horror and sadness and all those big emotions. I’ve seen it hundreds of times now, in fragments and eventually coming together, and it still gets me, I must say. It’s very emotional.

“It’s all about Freddie. Yes, we are in there, but the story is about Freddie and that was always the aim. Obviously, Freddie is so precious to us. One of the great breakthroughs early on was [screenwriter] Peter Morgan saying: ‘This is a film about family.’

“It’s about all the stuff that happens in a family – some good, some bad, the going away, the searching for independence and then the nurture of the family. It’s a film about that stuff, on one level, and then it’s about Freddie’s emerging talent, his amazing resilience and sense of humor.”

Finding the right person to play Freddie was always going to be a nightmare, wasn’t it?

“I think we all thought it would be difficult. At some points, we thought it was impossible. But along came Rami [Malek], and we had a great feeling immediately.”

I suppose if Sacha Baron Cohen had kept the lead role, you’d never have found Rami?

“Well, that was a near-disaster. I think we realized just in time what a disaster that was going to be. And it actually wasn’t rocket science to figure that out. But yeah, that’s one of the rocks that we nearly hit.

Brian May: Sacha Baron Cohen Is an ‘Arse’ Who Told ‘Untruths’ About Queen Biopic

“I think we were all nervous in the beginning when the casting process was going on. Because yes, that’s a real tough thing to contemplate – somebody playing the part of you.

“The guy who plays me, Gwilym Lee, I spent a lot of time with him, so he understood me. He’d be picking up my mannerisms and what makes me tick.

“So when Freddie and me are in the studio, confronting each other, it’s very real. Some of it was improvised, but they did it with the knowledge that they understood us from the inside out.”

Is it an entirely flattering portrayal of Freddie, or does it show his flaws, too?

“Yeah, it shows everything. Nobody thinks Freddie’s perfect, but he sure was unusual. You see it all. Not in a gratuitous way. It’s not meant to be messy and licentious, and I think that was a good decision.”

But it’s not a druggy rock movie?

“No. It didn’t need to be. All that stuff is in there. But you don’t need to be reveling in scenes of debauchery. Not that Freddie was particularly debauched anyway.

“I know some people were looking for that. But no, it’s a film which portrays the truth, in a fairly gritty and honest but also entertaining way.”