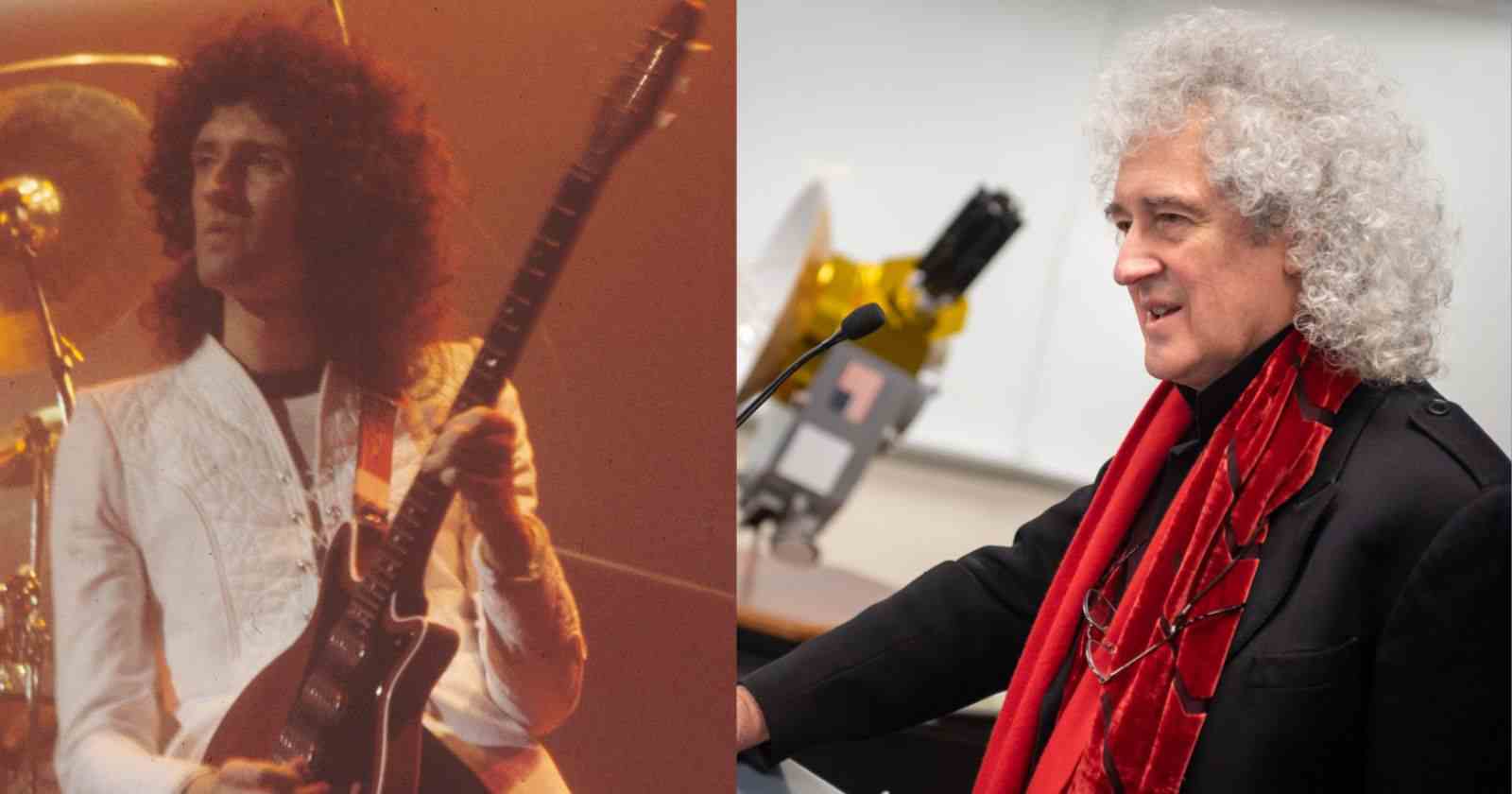 Queen guitarist Brian May recalled in an interview with Guitar World how the guitar solo on “Bohemian Rhapsody” was made. The musician said that almost the entire song was conceived by the late singer Freddie Mercury.

Brian May recalls the making of “Bohemian Rhapsody” guitar solo:

“This track had been evolving for a while. It was very much the product of the fevered brow of Freddie. We knew it was something very special. It was recorded in pieces, as I think everybody knows. We would rehearse and record. We’d do it until we got it right. The various bits were put together.”

“Freddie put a guide vocal on, and then we started doing all the multi-tracked vocal harmonies There was already a rhythm guitar on there, of course. And somewhere during that process we talked about where there would be a solo, and that part of it Freddie hadn’t mapped out.”

“He said he wanted a solo in there, and I said I would like to effectively sing a verse on the guitar. I would like to take it somewhere else. I would inject a different melody. There was already a lot of colour in there, but I would like to have a free hand. And I could hear something in my head at that point – long before I went in there and played it.“

As you’re remembering this, can you picture you all in the studio? It’s funny, because you see this in the Bohemian Rhapsody film.

“It’s quite faithfully reproduced, the way the Brian May character says, ‘Okay, how about this?’ And Freddie’s going, ‘Oh, lovely – but can you try a bit more of this?’“

And the idea you had in your head – was that exactly how the solo came out?

“Yeah. I basically sang it, I regard the guitar in that situation as a voice. I could hear this melody and I had no idea where it came from. That melody isn’t anywhere else in the song, but it’s on a familiar chord sequence, so it dovetails in quite nicely. And of course the job of the guitar solo is to bring that extra voice in, but then it’s a link into what everybody now calls ‘the operatic section’. You know you’re into something very different.“

Did the solo require multiple takes?

“It came out very easily. I didn’t do many takes. It was one of those occasions where you do a few takes and then you go back and listen to the first one and the first one is almost exactly what you want. You just need to trim it a little bit and polish it up.“

And the climax of the song is very heavy on guitar.

“The bit where everybody does the head-banging? That’s just riffing, and that was much more Freddie’s idea than mine. He had that riff in his head and I just played what he wanted there. I think he just sang it to me, what he wanted. We went for it live in the studio.“