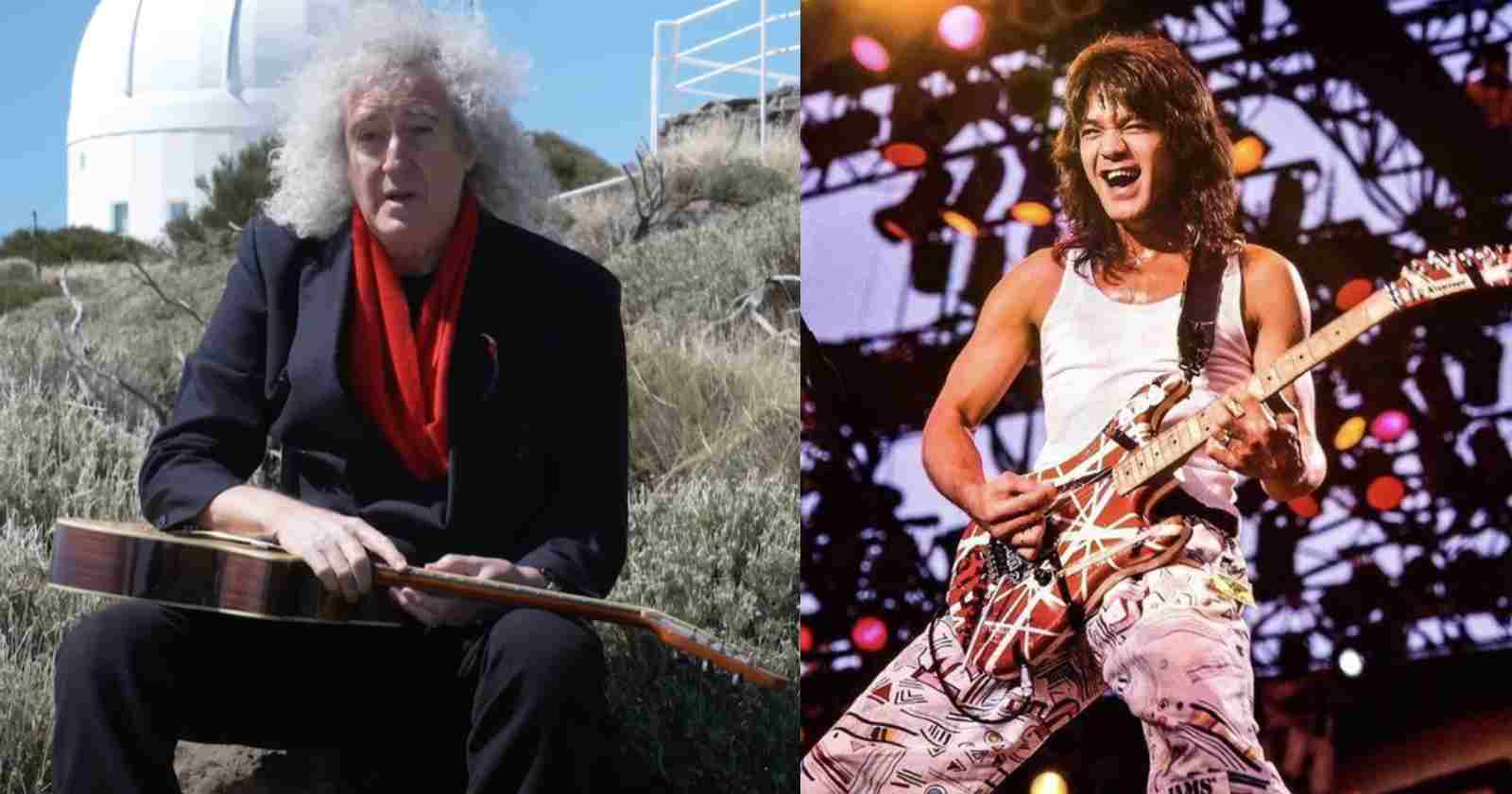 The legendary Queen guitarist Brian May recalled in an interview with Classic Rock his favorite memory of the late guitarist Eddie Van Halen, who died back in 2020 at the age of 65. They worked together back in 1983 when May invited Van Halen to play on his Star Fleet Project, that also had drummer Alan Gratzer (REO Speedwagon), bassist Phil Chen (Jeff Beck, Rod Stewart) and keyboardist Fred Mandel (Alice Cooper).

The album had three tracks: “Star Fleet”, “Let Me Out” and “Blues Breaker”.

Brian May recalls his favorite memory of Eddie Van Halen

When asked if he had seen Axl Rose after when he was invited to play on a track of Guns N’ Roses album “Chinese Democracy”, Brian May said that he only sent ‘the occasional message” to the American singer in the past years.

The guitarist admited that he should keep more in touch with other artists and he doesn’t do that because he is a shy and reclusive person at most of the time. May also admited he regrets he didn’t keep in touch more with the late guitarist Eddie Van Halen and shared his favorite memory with the Dutch musician, saying: “I have a lot of favourite memories. But I do remember one time him coming to see us play.”

“We went back to the hotel afterwards. He’d brought a bottle of his favourite drink with him, which I think was Southern Comfort.”

“Anyway, he’s knocking it back. So I started knocking it back, and I completely lost it. The next thing I remember I was on the floor in the bathroom, having fallen down and cracked my head on the wash basin. I don’t even remember going into the bathroom. It’s one of the few times in my life where I’ve gotten out of control,” Brian May said.

What Brian May said when Eddie Van Halen died

After Eddie Van Halen’s death in 2020, Brian May shared a message on his social networks lamenting the musician’s passing.

“Completely gutted to hear the sad news. This wonderful man was way too young to be taken. What a talent – what a legacy – probably the most original and dazzling rock guitarist in History. I think of him as a boy – an innocent prodigy – always full of joy, always modest. And those truly magical fingers opened a door to a new kind of playing. I treasure the moments we shared. His passing leaves a giant hole in my heart. RIP Ed Van Halen,” Brian May said.