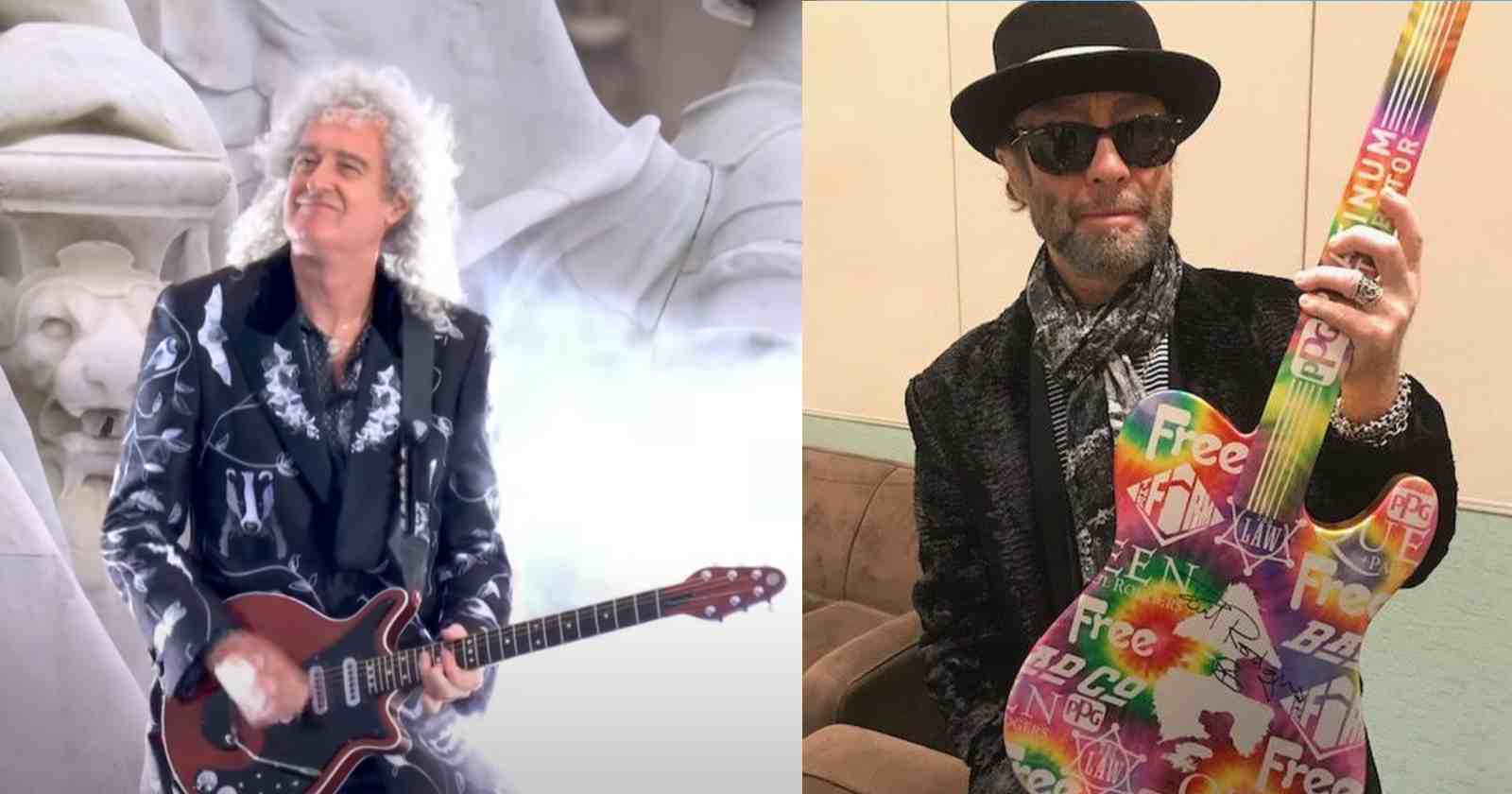 The legendary Queen guitarist Brian May gave his opinion in an interview with Classic Rock on the 2008 album “The Cosmos Rocks” that the band made with the Free and Bad Company vocalist Paul Rodgers. It was the first album from the two remaining Queen members since the 1995 “Made In Heaven” and their only studio collaboration with Rodgers.

After the release they embarked on a successful tour performing the tracks of the new album, hits from Queen and from Paul Rodgers’ career.

Brian May gives his opinion on the Queen album with Paul Rodgers:

“I am proud of that album. I think it has some really good stuff and it is underestimated. We had fun and Paul had fun. It was great. Not just him flexing his muscles on the Queen material, but also us playing All Right Now and his songs.”

“I loved going around the world playing that stuff, boys with a new kind of toy. It was great for a while, then eventually it ran its course, and it was obvious that Paul needed to get back to his own career. But we parted on very good terms and keep in touch,” Brian May said.

The most famous and remebered song of the album is “C-lebrity” that was written by drummer Roger Taylor. Foo Fighters’ late drummer Taylor Hawkins provided the backing vocals on that track. Retired from music since the late 90s, the original Queen bassist John Deacon was not part of the album and the bass parts are credited to Brian May and Paul Rodgers.