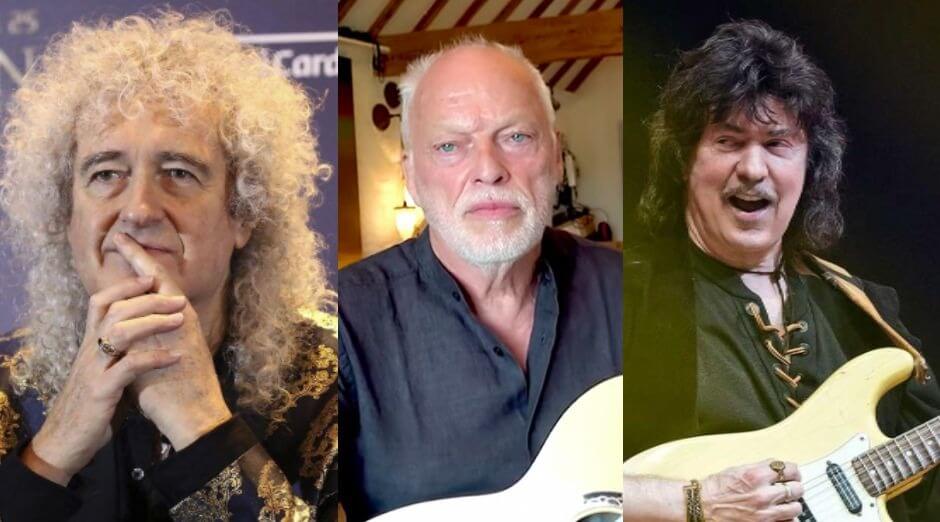 Brian May (Queen) recently was elected the best guitarist of all time on a poll made by Guitar World. He had more votes than names like Jimi Hendrix and Jimmy Page. In an new interview with the magazine the guitarist shared his opinion on other guitarists like David Gilmour (Pink Floyd) and Ritchie Blackmore (Deep Purple, Rainbow).

“A beautiful player. I love him and I have an enormous respect for him. I saw one of his first shows with Pink Floyd, which I’ll never forget. He was doing crazy things with a bottleneck, which fitted right in with their kind of chaotic performances at the time. He’s always been a great favorite of mine. A beautiful player.

“And we did play together for Armenia at one point. I asked him to come in and play ‘Smoke on the Water’ for Armenia Relief. I occasionally see him. We don’t keep that well in touch, but I’m very well aware of what magnificent work he does.”

About Ritchie Blackmore, Brian May said:

“Another great hero of mine. He’s crazy. I mean, yeah, it was extraordinary watching him. I think he’s one of the most dangerous guitar players ever. And I mean that is in the best possible way. Beautiful! He was there way ahead of any of us.”