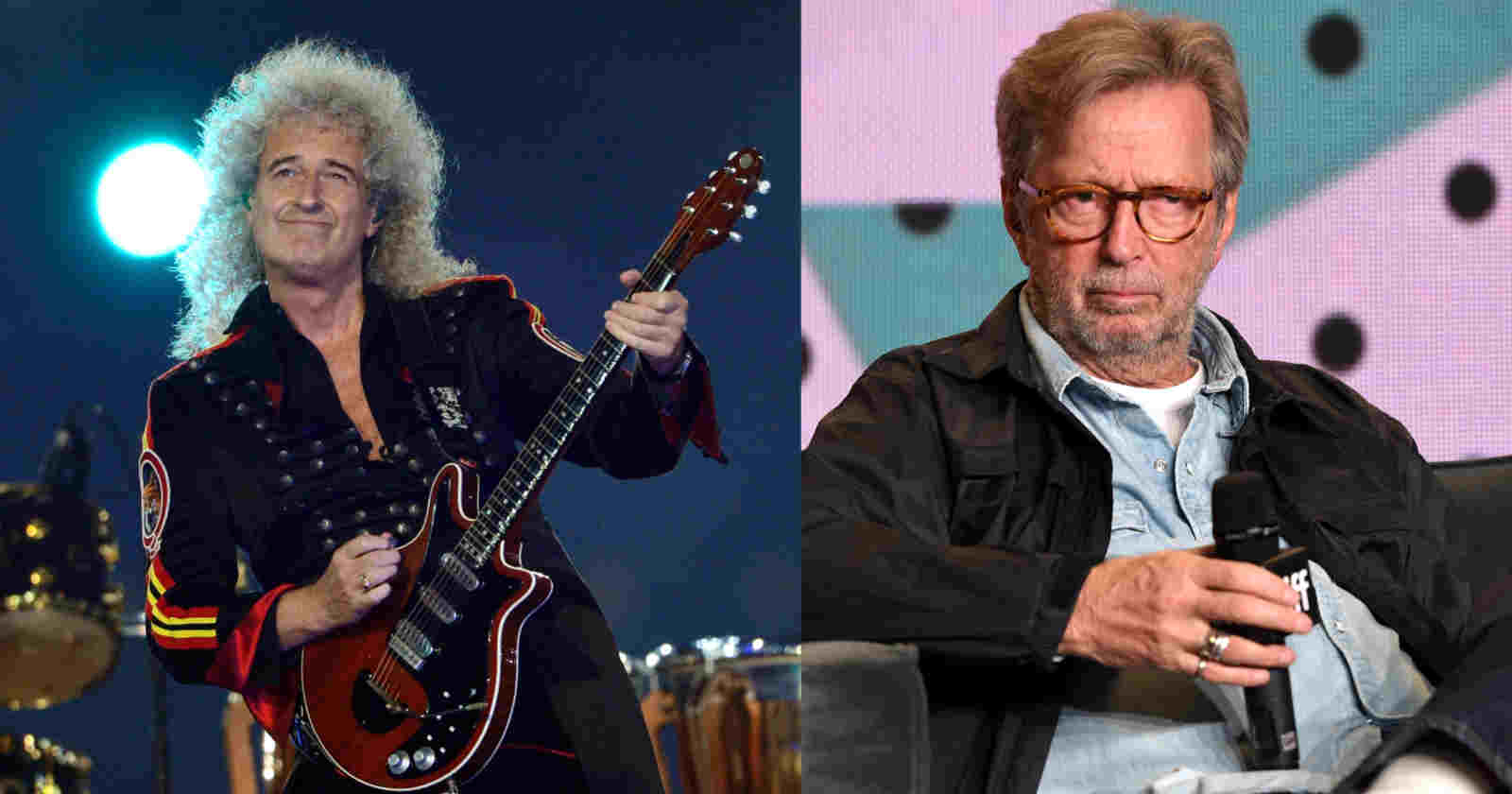 Queen guitarist Brian May criticized in an interview with The Independent Eric Clapton and people don’t want to get vaccinated. Clapton recently stated that he wouldn’t perform at places that would require a vaccination card from the public to prove they were vaccinated. Although he was against lockdown, Clapton was vaccinated in England.

Brian May criticized Eric Clapton and who doesn’t want to get vaccinated:

“I love Eric Clapton, he’s my hero, but he has very different views from me in many ways. He’s a person who thinks it’s OK to shoot animals for fun, so we have our disagreements. But I would never stop respecting the man.”

“Anti-vax people, I’m sorry, I think they’re fruitcakes,” May continues. “There’s plenty of evidence to show that vaccination helps. On the whole they’ve been very safe. There’s always going to be some side effect in any drug you take, but to go around saying vaccines are a plot to kill you, I’m sorry, that goes in the fruitcake jar for me.”

About the way that the United Kingdom Prime Minister Boris Johnson handled Covid-19, May said:

“I think it would have been impossible for anyone to make worse decisions than Boris. At every point he did too little, too late. Hundreds, if not thousands of our relatives died because of bad advice and because of the bad decisions that Boris made with [disgraced former Secretary of State for Health and Social Care Matt] Hancock and those other people. If he’d taken the precautions of shutting down the borders a year earlier, we wouldn’t have been in the situation we were.”

“And the fact that he’s willing to trade lives quite openly for economic gain, I find horrific… completely unacceptable. It’s like Winston Churchill going out in his garden and seeing the planes overhead and the bodies and going ‘the bombs are dropping! The bombs are dropping! Should we hide? No, actually let’s think of the economic consequences of hiding…’”