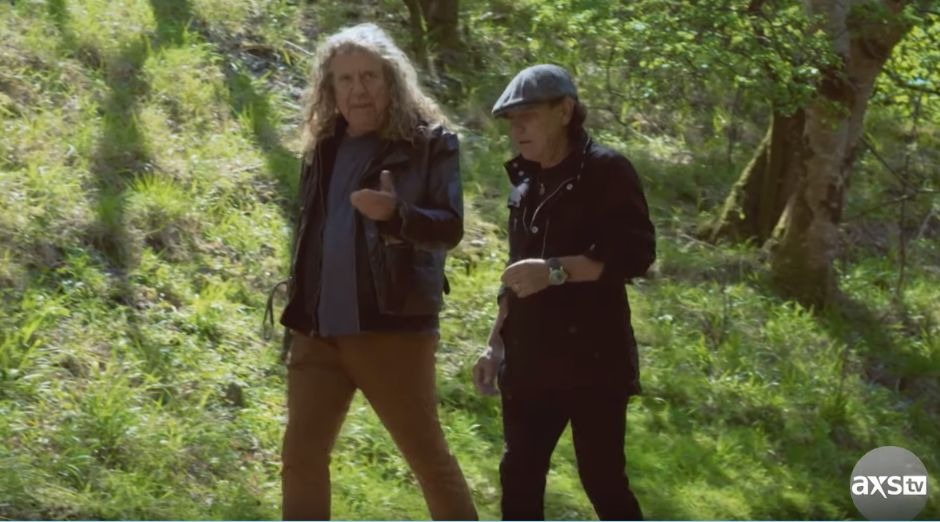 In an episode of A Life on the Road, Brian Johnson traveled to Wales to meet Robert Plant. Over there, the lead singer of Led Zeppelin showed the musician where the group recorded the album Led Zeppelin III.

Walking around, he recalled: “We rented the cottage I went to as a child. We started writing the album here and it was great because it was far from all the chaos of the tours.”

After talking about the recording of the album, Plant commented on the band’s influences and quotes Cream and Grateful Dead. “There was a growing subculture and we ended up holding on to it. We didn’t have a speech to give because we weren’t visionaries that way.”

The show will be broadcasted sunday at 9/8c on AXS TV.

See the trailer of the show below:

Fans are still waiting for the announcement of AC/DC‘s reunion after Brian Johnson, Angus Young, Phil Rudd, Cliff Williams were photographed in Canada in a studio. The photos were taken at Warehouse Studios, where the band recorded their last three albums. Moments later, another photo taken at the same location was released, but this time from Angus and Stevie Young. Since then, fans are waiting for the release of the new album or a new tour.