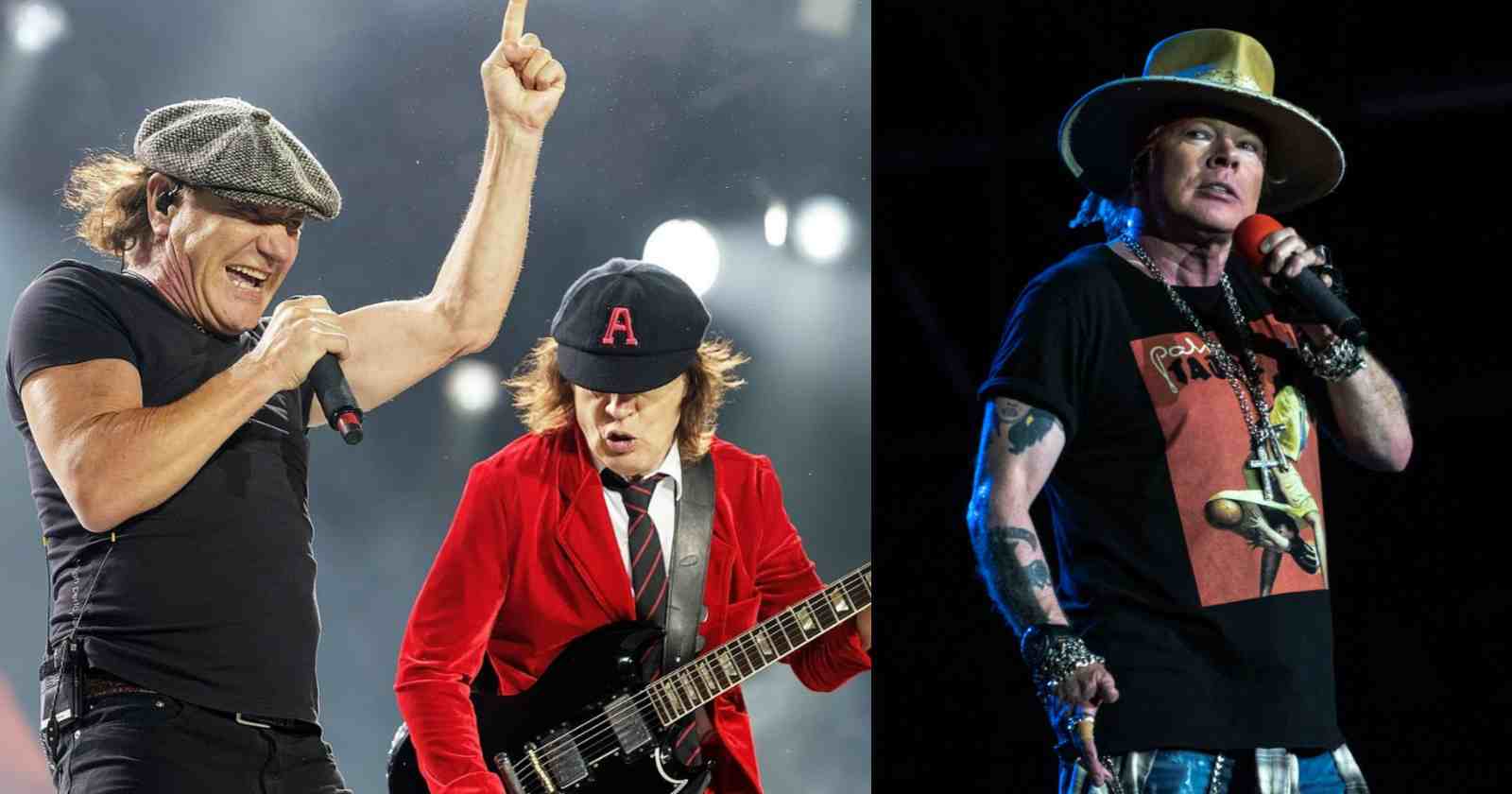 Brian Johnson joined AC/DC in 1980, replacing their classic vocalist Bon Scott, who had tragically died at the age of 33. In more than four decades with the group he helped them to become even bigger then they were releasing classic albums like “Back In Black” (1980), “For Those About to Rock We Salute You” (1981) and “The Razors Edge” (1990). In 2016 he had to temporarily leave the group due to his hearing loss and was replaced by Guns N’ Roses vocalist Axl Rose for the rest of the tour the group had.

As published by Ultimate Classic Rock, Johnson said on his new memoir “The Lives Of Brian” that he couldn’t watch AC/DC with Axl because it was like “finding a stranger in your house”.

Brian Johnson said about not being able to see AC/DC with Axl Rose:

“Part of the pain of it was that I blamed myself. For most of my career, I’d been in the loudest band in the world. I’d flown constantly. I’d flown even when I knew I wasn’t well. For a while, people would ask me if I was depressed, but depression is treatable. My hearing loss wasn’t. What I was feeling wasn’t depression. It was something closer to despair.”

“I’m told that he did a great job, but I just couldn’t watch – especially when you’ve been doing it for 35 years. It’s like finding a stranger in your house, sitting in your favorite chair. But I bear no grudges. It was a tough situation. Angus and the lads did what they felt they had to do.”

“That said, after the band released a statement confirming that I was leaving the tour and wishing me all the best for the future, I couldn’t relax or concentrate on anything. It was just always there,” Brian Johnson said.

Johnson is back in the band since 2018 due to a miraculous new procedure that helped to restore his hearing that uses the skull as a receiver. The last album AC/DC released was “Power Up” in 2020 and there are no plans for the band to tour.