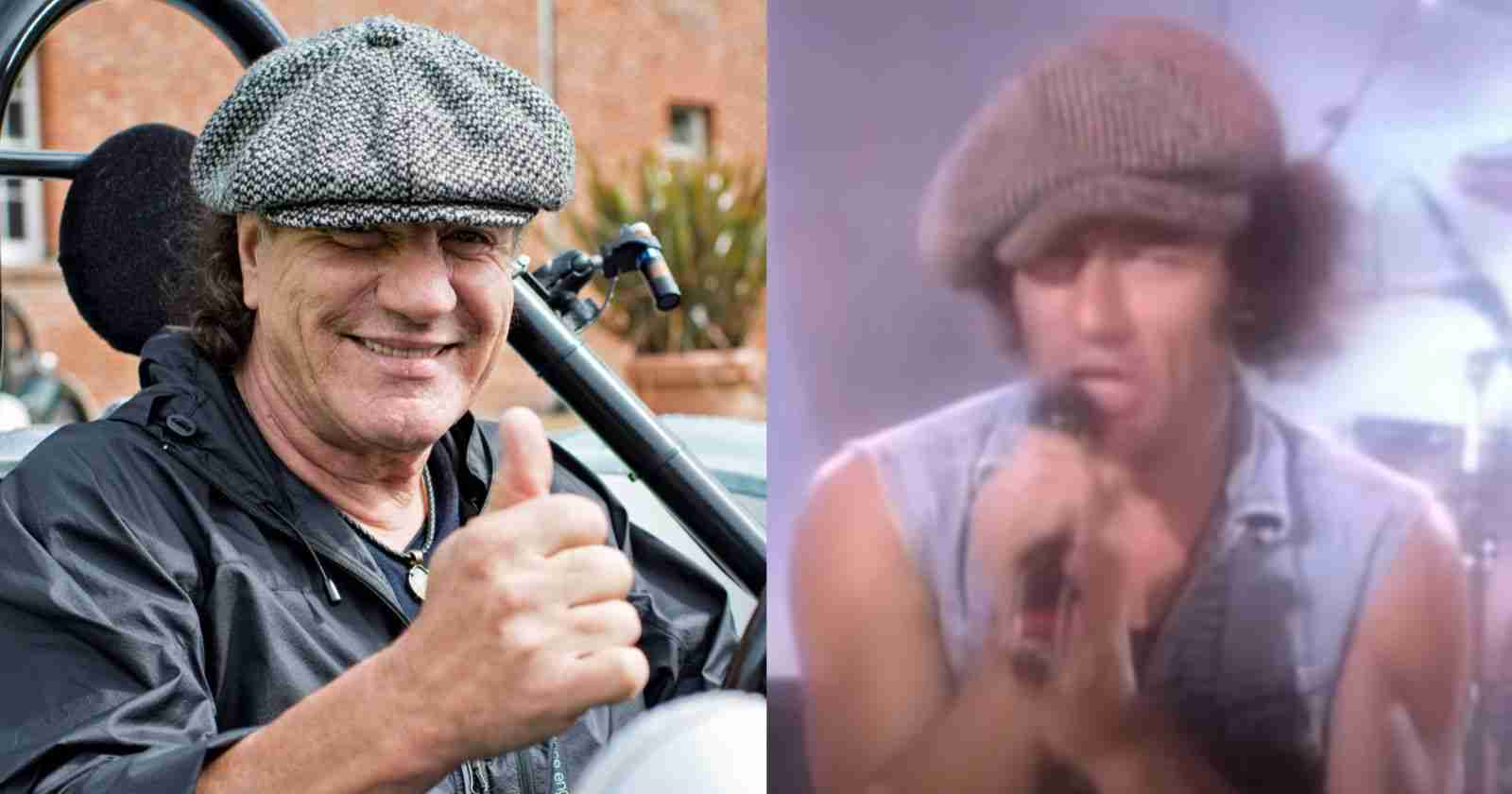 After Bon Scott’s death AC/DC invited Geordie singer Brian Johnson for the band and recorded “Back In Black” album in the Bahamas. Johnson recalled in an interview with 93.3 WMMR that the first song he made with the band was the classic “You Shook Me All Night Long”.

Brian Johnson recalls writing the lyrics for “You Shook Me All Night Long”:

“It’s a little frightening. I was just a working boy. When I got to the Bahamas, Malcolm and Angus [Young] came to me and said, ‘Hey, by the way, can you write lyrics?’ And I went, ‘Well, I’ll give it a shot.’ And the first night, they brought me a legal pad – yellow legal pad – and a pen, and a little cassette player. And they said, ‘Well, this song, it’s a very basic track.’

“And I remember just sitting there – ‘What have I got to lose? I’ve got a week’s holiday in the Bahamas, at least.’ I wrote it down in about 20 minutes – honestly – and I went, ‘That’s it.’ And I took it to ’em next day, and they said, ‘Sing what you’ve written.’

“And what you hear is basically [what I sang] that first day. And as soon as it finished, I went, ‘I like that. That’s a good little song.’ And then ‘Back in Black’ came, which was fascinating, because I never knew that I could sustain notes like that.

“That was Mutt Lange, the producer, who said, ‘Sing it higher. I’ve heard you do it.’ And I went, ‘Well, I’ll give it a try.’ And it was just like being set free from a straitjacket – once I found out I could do it, I went, ‘Wow! This is just [amazing].’

“And I just wanted to do it all the time. [But] he had to keep pulling us back down. But it was a wonderful thing to discover that you could do – even at the age of 32. To me, I was way past it, and I didn’t think I would ever get a job with a rock ‘n’ roll band at the age of 32. But the age of Bon when he passed. And it just kept getting better as the weeks went by with these new songs.”