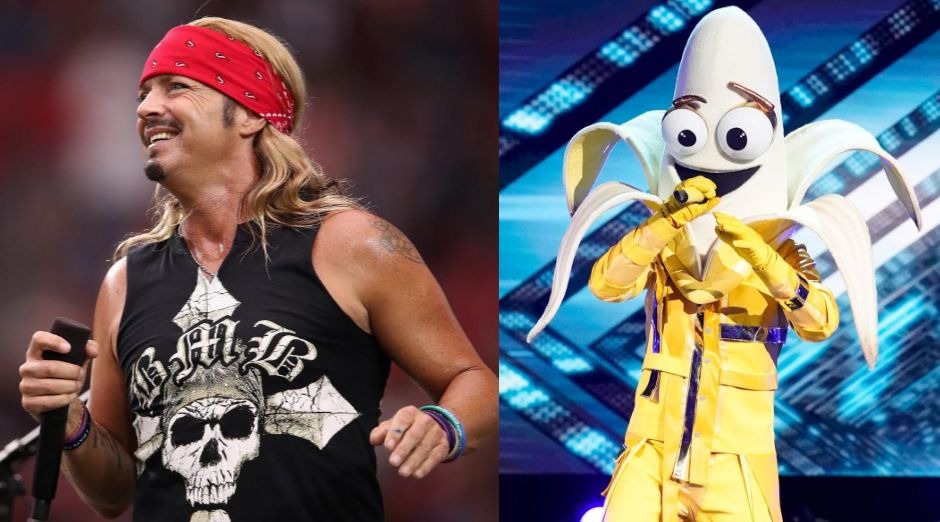 Poison singer Bret Michaels revealed that he was the giant Banana on the show The Masked Singer’s, after weeks of speculation. Sharon Osbourne took 30 seconds to figure out that the glam rock musician was the one hiding in the costume. She said: “That’s Bret Michaels!” when he was performing Bob Dylan’s “Knockin’ on Heaven’s Door.”

Watch Bret Michaels being revealed as the giant Banana on Masked Singer:

Earlier on the season, his performance of Lynyrd Skynyrd’s “Sweet Home Alabama” raised speculations about his identity.

“He’s got those little legs that Bret’s got and that little little lovely little body. I think it’s just Bret”. However, Bret was the worst between the other candidates that are still-anonymous like rhino. So Michaels can be eliminated in the smackdown round against a giant cat.

Also recently, the singer revealed that he has skin cancer on an statement on his official website. And will have to undergo surgery to remove the tumor. Which was detected after a recent biopsy

“I’m going to have to undergo a procedure to eliminate skin cancer. That was detected after a recent biopsy. I am in the hands of incredible experts who are positive for excellent results”. In addition, the singer will have to undergo another surgery to resolve an injury to his right shoulder. However, he promises that he will still fulfill his entire agenda in 2020. Also “that this year will be incredible”.

“After a very recent kickoff to the new year, physical & MRI it has been brought to my attention that I have torn my right shoulder rotator cuff which would answer the question why it looks like a lump or bone was sticking out of my right shoulder. A little more complex”.

“I will also have to undergo a procedure to remove skin cancer that was detected after a recent biopsy. I’m in the hands of incredible specialists who are both positive for great outcomes. It may slow me down a bit at the beginning of the year. But if God willing I promise this year will be awesome.”

“Just a few less solo shows & special events. Until I get this all squared up. As always continuing great diabetic maintenance to keep on rocking in 2020! – Bret Michaels”