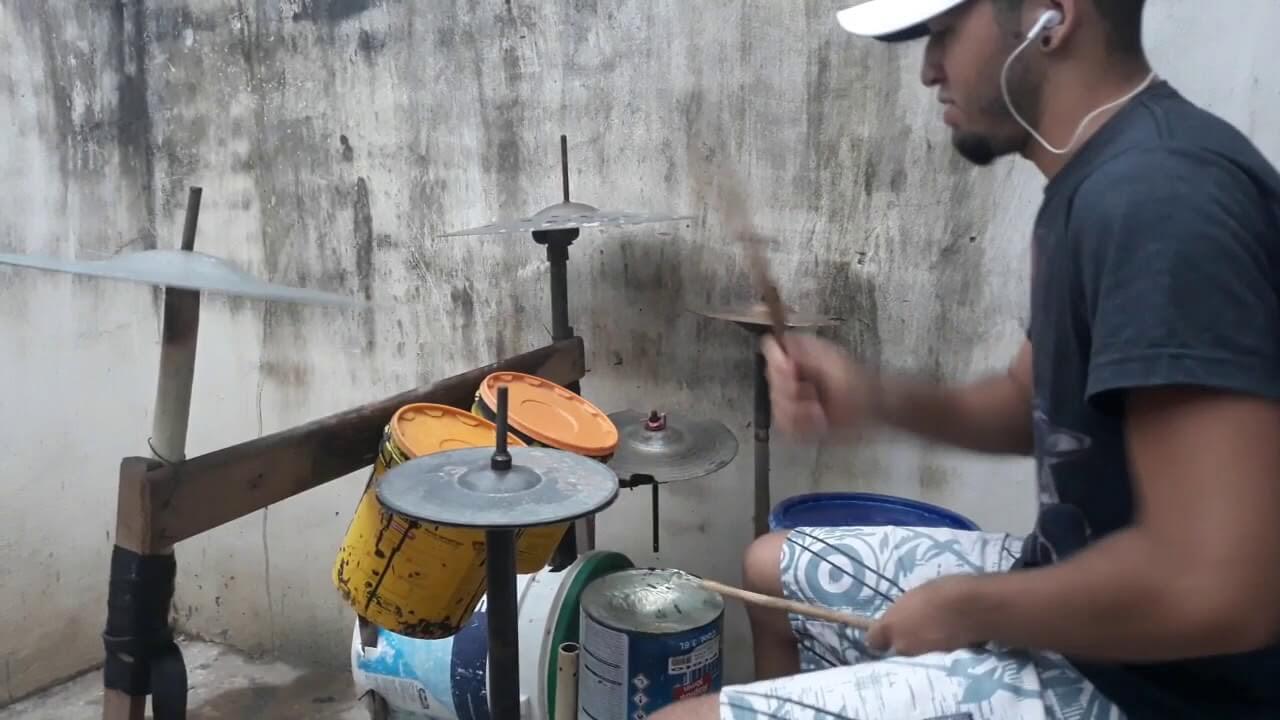 Who really wants it, finds a way. At least that must be the motto of the Brazilian drummer Pedro, with his improvised drums.

The boy from Santana do Acarajú, in Ceará, began posting videos of himself doing covers of songs by bands like Linkin Park, System of a Down and AC / DC in 2017, and so far has gathered more than 12 million views on YouTube . The difference here is the instrument used by the musician: his drum kit consists of paint cans, pot lids, pipes and other building materials, all joined by tapes and some nails.

So far, Pedro Batera’s channel – as it is called on YouTube and Instagram – has nine videos, and the most popular is the cover of Linkin Park’s “Numb” with more than 6 million views.

A campaign to raise money so the guy can buy a drum kit has been released, but so far has no donation.

Slayer begins his farewell tour in the United States, see setlist and videos
Lindsey Buckingham talks about being fired from Fleetwood Mac
Advertisement
To Top