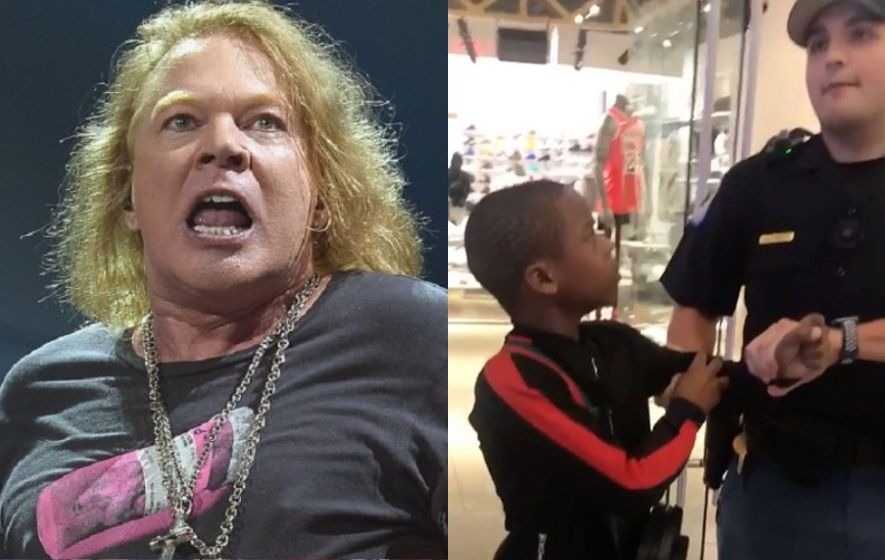 NBC report reported an incident on Oct. 6 at a Cumberland Mall in Georgia, where 12-year-old Corey Jackson was arrested for allegedly selling CDS with his own music – he’s a very young rapper who goes by the name of Corey J or Lil C-Note.

The video of the story was recorded by Corey’s aunt. “You are 12 years old?” asks the policeman to the boy, before informing that he is going to send him to jail. Then the aunt screams at the police officer, and at that moment the image is blurred while the policeman sends Corey to the ground, who was later accused, along with his aunt, of obstructing the police, practicing contravention and of trespassing, since he was supposedly warned before he could not sell his stuff there.

And Axl Rose shared the footage on twitter with the following statements:

“Do this to me, you asshole. I’ll be here waiting.”

Toya Brown, a friend of Corey’s family and linked to the music scene in an Atlanta studio where he recorded some song, said the family hired a lawyer and will file a lawsuit for the event. “He’s 12 and he’s not hurting anyone, he should not be treated like that,” he said.