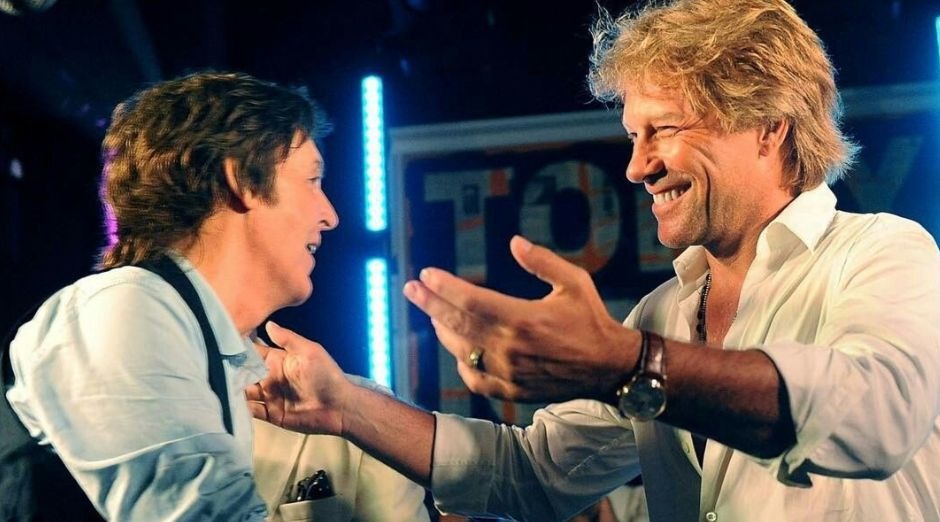 Jon Bon Jovi revealed on The Howard Stern Show that he gave a nickname to his friend Paul McCartney and explained why. He also talked about his band’s upcoming album Bon Jovi: 2020 that will be release May 15.

Bon Jovi revealed the nickname he gave to his friend Paul McCartney:

“It’s funny, I just ran into him again and whenever you run into him you become a teenage fan. I was with him and we went to see the Eagles play and I said, ‘Beatle Paul,’ and he said, ‘Why do you call me Beatle Paul?’

“I said, ‘Because I’m too old to call you Mr. McCartney and I’m too in reverence to dare think that we’re that close that I can call you Paul.’

“So I said, ‘Would you like ‘Your majesty’ or ‘Beatle Paul’?’ Because he’s a Beatle, for God’s sake! And also one of the sweetest guys you’ve ever met in your life.”

“I had the opportunity and become, god bless, friendly with him [Paul]. He came over to my house in the summer, and just the two of us sat in my living room, and I played him the record. And I had just written ‘Lower the Flag,’ so I hadn’t even recorded it yet, so I picked up my guitar and I was brave enough to actually sit there and sing him the song. It was great.”

So what do you do? Paul comes over, do you just stare at him while he’s listening to your music?

“So, Paul shows up, by himself, and we sit on the couch and I play him a bunch of songs from the forthcoming record and because I’m so proud of it, I had no issue playing it for him.

“I had just written a song – a song that I hadn’t yet recorded but I was so excited about this song and I’m so proud of it that I actually picked up my guitar and played it in front of him.

“And that is something that 18-year-old me might have done but 50-year-old me would have been too scared. And I did it and I sat with him and played it. Now, he’s a lefty, so he’s flipping my guitar over and talking through this song with me after I played it.

And when Paul is sitting and listening to your new album, what are you looking for? You’re looking for him to start tapping his toe, to bob his head? What is he doing at that point and are you completely focused on staring at him? Because to me, this sounds like torture, to be watching Paul McCartney listen to something you just gave birth to.

“I think you stare at the speaker cones because you want to look at him, but you don’t, you know?”