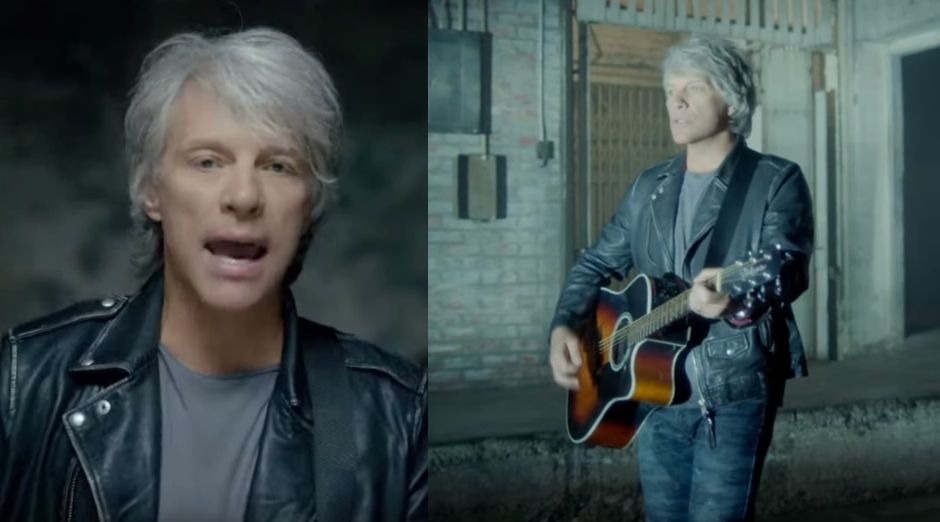 Bon Jovi released on November 1st, “Unbroken”, a charity single produced for documentary “To Be Of Service” by director Josh Aronsonsque. The film shows the impact of trained dogs in helping war veterans suffering from post-traumatic stress.

The song will be on Bon Jovi’s new album, which had the title “2020” recently revealed. Proceeds from the music will be donated to an NGO that defends US war veterans

See Jon talking about the song:

The singer announced the name of Bon Jovi upcoming album during a concert on The Runway to Paradise Mediterranean Cruise, a festival that took place on a European cruise. The album will be called “2020” and will be inspired by the US presidential elections that will take place in the same year.

“It’s election year, so why not?” he said in an interview with Variety.

The singer also said the tracks will feature “socially conscious” themes about veteran military with post-traumatic stress and the two cases of mass shootings in Ohio and Texas in early 2019.
Finally, Bon Jovi said that he left behind the personal themes that were portrayed on the last album “This House is Not For Sale” and that the new album will have a “clear vision”.

“I have a clearer vision, moving on,” explained the singer.

Rage Against the Machine will return in 2020
Rock Legends: Alice Cooper’s name was created on a ouija board
Advertisement
To Top