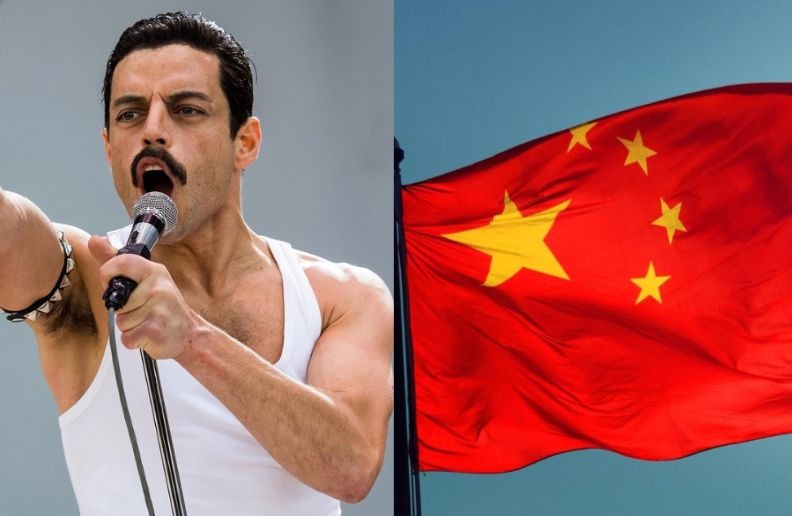 The four-time Oscar-winner “Bohemian Rhapsody,” Queen’s biopic, will finally be shown in cinemas in China. However, the local censorship cut all scenes of homoaffective nature.

The film tells the story of Queen, with a special focus on vocalist Freddie Mercury, who was bisexual. The singer died due to complications caused by the HIV virus in November 1991.

After being approved with restrictions by the local censors, the exhibit was confirmed, on a limited basis, only in the rooms of the National Alliance of Arthouse Cinemas.

The news was announced by The Hollywood Reporter, which also found that the speech made by actor Rami Malek, responsible for giving life to Freddie Mercury in the film after being awarded Best Actor in the 2019 Oscar, went through censorship on local radio station Mango TV. A phrase that makes mention to Freddie was changed in the transmission.

In an excerpt from his speech, Rami Malek said: “We made a film about a gay guy, an immigrant who lived his life in a totally authentic way …”. However, the translation done by Chinese TV, which is controlled by state-owned Hunan TV, replaced the expression “a gay guy” with “a guy who was part of a special group.”

Although China does not have a clear policy of restrictions on content with references to homosexuality, there are evidences like this one that the government doesn’t support it.