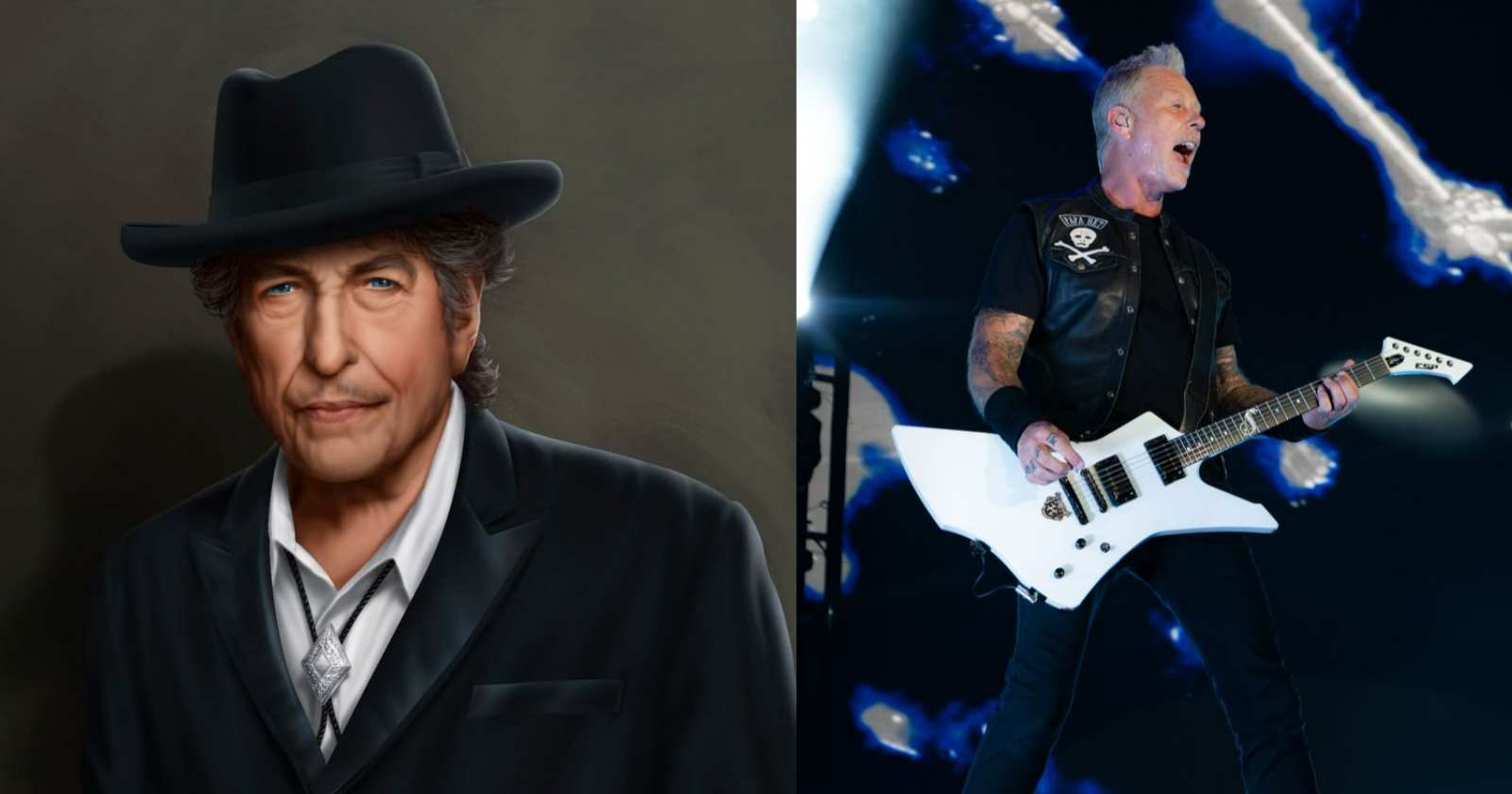 The legendary Bob Dylan recently talked with The Wall Street Journal about his new book “The Philosophy of Modern Song”, where the songwriter reflects on many songs and albums from artists and bands from the last decades.

In the conversation with the newspaper the musician mentioned names like Metallica, Ronnie James Dio, Duff McKagan, Oasis, Ringo Starr and Frank Zappa. He also explained how he listens and discover music nowadays, in the era of streaming.

In the conversation with The Wall Street Journal, Bob Dylan said that he listens to music nowadays via CD’s, satellite radio and streaming platforms. “I do love the sound of old vinyl though, especially on a tube record player from back in the day. I bought three of those in an antique store in Oregon about 30 years ago.”

“They’re just little, but the tone quality is so powerful and miraculous, has so much depth, it always takes me back to the days when life was different and unpredictable. You had no idea what was coming down the road, and it didn’t matter. The laws of time didn’t apply to you,” Bob Dylan said.

He also said that he often discover new music by accident when he searches for something but in the end, discover something else. He also said that usually other performers recommend things to him and then he mentioned that he had seen Metallica twice live in concert, that he loves a song released by the Guns N’ Roses bassist Duff McKagan and that he likes the Oasis brothers Liam and Noel Gallagher.

“Performers and songwriters recommend things to me. Others I just wake up and they’re there. Some I’ve seen live. The Oasis Brothers, I like them both, Julian Casablancas, the Klaxons, Grace Potter. I’ve seen Metallica twice. I’ve made special efforts to see Jack White and Alex Turner. Zac Deputy,”

“I’ve discovered him lately. He’s a one man show like Ed Sheeran, but he sits down when he plays. I’m a fan of Royal Blood, Celeste, Rag and Bone Man, Wu-Tang, Eminem, Nick Cave, Leonard Cohen, anybody with a feeling for words and language, anybody whose vision parallels mine,” Bob Dylan said.

In the same conversation, Dylan talked about the relationship that a person has with a song and how that changes over time. It was talking about this that he mentioned Ronnie James Dio.

“The relationship you have to a song can change over time. You can outgrow it, or it could come back to haunt you, come back stronger in a different way. A song could be like a nephew or a sister, or a mother-in-law. There actually is a song called ‘Mother-in-Law.’ When you first hear a song, it might be related to what time of day you hear it. Maybe at daybreak – at dawn with the sun in your face – it would probably stay with you longer than if you heard it at dusk.”

“Or maybe, if you first hear it at sunset, it would probably mean something different, than if you heard it first at 2 in the afternoon. Or maybe you hear something in the dead of night, in the darkness, with night eyes. Maybe it’ll be “Eleanor Rigby,” and it puts you in touch with your ancient ancestors.”

“You’re liable to remember that for a while. “Stargazer,” the Ronnie James Dio song would probably mean a lot more to you if you first heard it at midnight under a full moon beneath an expanding universe, than if you first heard it in the middle of a dreary day with rain pouring down,” Bob Dylan said.

Another famous artist that Bob Dylan praised was the late Frank Zappa, who died at the age of 52 back in 1993. Dylan was asked by the interviewer how he spent his time during the Covid-19 lockdown and he said he listened to many albums of Zappa’s early band The Mothers Of Invention.

“It was a very surrealistic time, like being visited by another planet or by some mythical monster. But it was beneficial in a lot of ways, too. It eliminated a lot of hassles and personal needs; it was good having no clock. A good time to put some things to an end. I changed the door panels on an old 56 Chevy, and replaced some old floor tiles, made some landscape paintings, wrote a song called You Don’t Say.'”

“I listened to Peggy Lee records. Things like that. I reread “Rime of the Ancient Mariner” a few times over. What a story that is. What a poem. If there’d been any opium laying around, I probably would have been down for a while.”

“I listened to The Mothers of Invention record Freak Out!, that I hadn’t heard in a long, long time. What an eloquent record. “Hungry Freaks, Daddy,” and the other one, “Who Are the Brain Police,” perfect songs for the pandemic. No doubt about it, Zappa was light years ahead of his time. I’ve always thought that.”

In the interview Dylan also talked about The Beatles drummer Ringo Starr, saying that he loves him and would like to have him as a drummer. “I love Ringo. He’s not a bad singer, and he’s a great musician. If I’d had him as a drummer, I would’ve been the Beatles, too.”