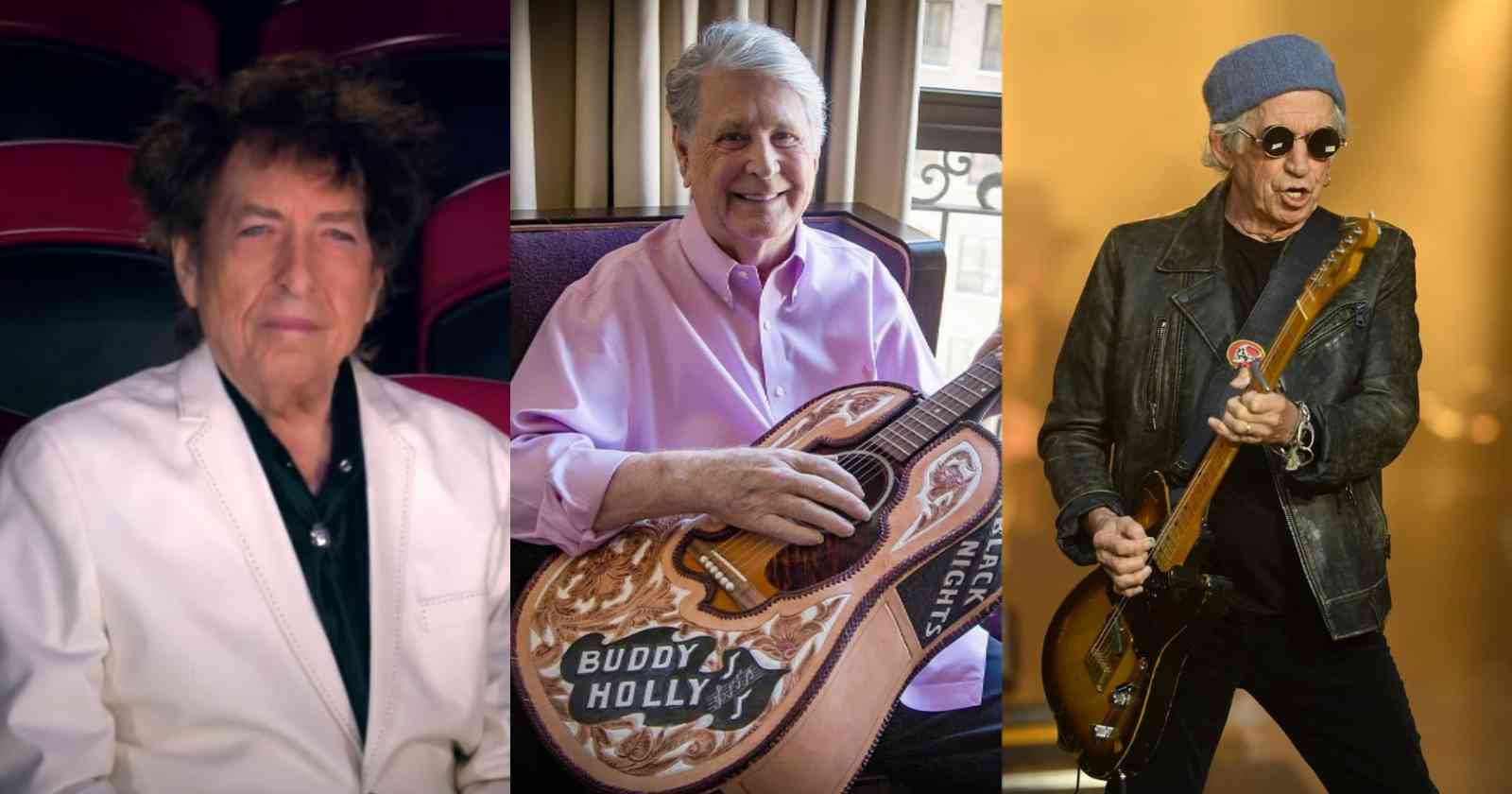 Brian Wilson was born in Inglewood, California back in 1942 and became one of the most influential musicians of all time because of his praised work with The Beach Boys. Wilson was the mastermind behind classic albums like “Pet Sounds” (1966), “Smiley Smile” (1967) and “Wild Honey” (1967).

Over the decades many of his peers gave their opinion on him and the Beach Boys. Two of those artists were the legendary Bob Dylan and the Rolling Stones guitarist Keith Richards.

Bob Dylan started his career in 1962, one year after the beginning of The Beach Boys. Even though they had a completely different style of music and songwriting, Bob Dylan appreciated the music that Brian Wilson and the band was making.

In an statement on Brian Wilson’s official website, Dylan praised him, saying: “Jesus, that ear. He should donate it to the Smithsonian. The records I used to listen to and still love, you can’t make a record that sounds that way. Brian Wilson, he made all his records with four tracks. But you couldn’t make his records if you had a hundred tracks today,” Bob Dylan said.

In a conversation with Rolling Stone magazine back in 1987, Dylan talked about the time that he recorded his classic album “Desolation Row” (1965) and he said that The Beach Boys at the time were doing something that has never been done before.

“It didn’t bother me that people didn’t understand what I was doing, because I had been doing it long before they were around. And I knew, when I was doin’ that stuff, that that hadn’t been done before, either. Because I’d known all the stuff that had gone down before.”

Dylan was part of the Brian Wilson song “The Spirit Of Rock and Roll” that also had Electric Light Orchestra‘s Jeff Lynne. The track was part of Wilson’s unofficial album “Sweet Insanity” that was recorded from 1986 to 1990. But that album was rejected by Sire Records because of the inclusion of a rap song “Smart Girls” and the lyrics from Wilson’s former controversial psychologist Eugene Landy.

Two decades before, in 1965, The Beach Boys had covered Bob Dylan’s “The Times They Are a-Chagin” for their album “Beach Boys Party!” in which almost all the tracks were covers. During the sessions for the album they had also recorded Dylan’s “Blowing In The Wind” but the version was not included on the record.

The two musicians are great friends and Dylan even recorded a video in 2022 singing “Happy Birthday” to Wilson for his 80 birthday.

What is Keith Richards’ opinion on Wilson and The Beach Boys

The legendary Rolling Stones guitarist Keith Richards is also a big fan of Brian Wilson and The Beach Boys. In an statement on Wilson’s official website, the guitar player said he always did “well constructed songs”.

“Round, round get around / I get around”. I thought that was brilliant. Brian Wilson had something. “In My Room,” “Don’t Worry Baby.” I was more interested in their B-sides, the ones he slipped in. There was no particular correlation with what we were doing. So I could just listen to it on another level. I thought these are very well constructed songs,” Keith Richards said.

In an interview with Guitar World magazine back in 2002, Richards cited The Beach Boys when explaining the approach of the Stones when they decided to fire the late guitarist Brian Jones.

“We told Brian, ‘If you don’t pull your weight, you’re not in, man. If you’re not there when we’re working. (Also) if you’re totally fucked up when you are there…’ It was the Beach Boys syndrome, you know? ‘If it’s gonna be like that,’ we told him, ‘we can’t work together.’ And he said, ‘Oh, I’ve got my own plans and projects, you know.’ Nobody expected that in a few months he’d be dead,” Keith Richards said.