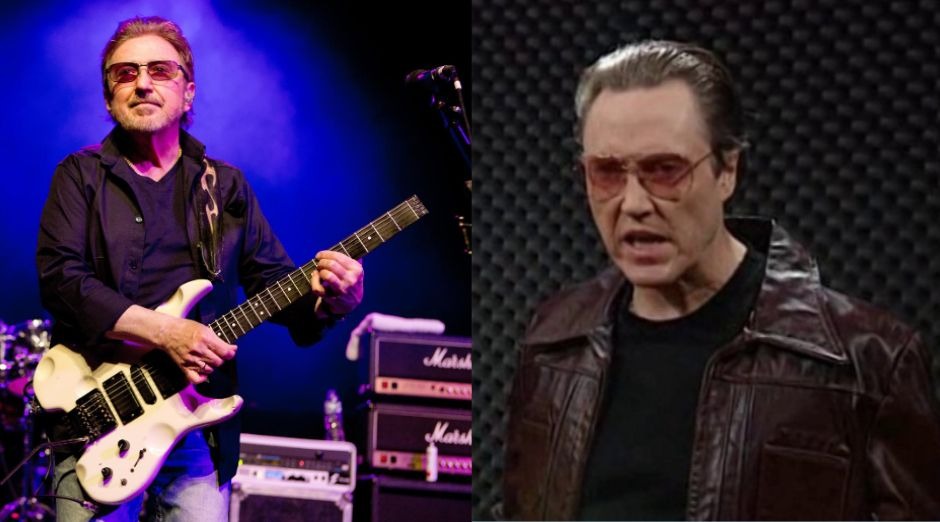 What did you think of the SNL ‘More cowbell’ skit?

“Hilarious. It’s really funny. The band had no idea it was coming, either. It was quite a surprise and phenomenal in its endurance and the way it’s worked its way into the culture.

“If the cowbell has been at all an annoyance for Blue Öyster Cult, it’s got to be 10 times worse for Christopher Walken! So, I’m riding that horse in the direction it’s going.”

Concerning the recording of that song, do you remember when the cowbell was added in?

“That was one of the last overdubs we did. It was really the idea of the co-producer, David Lucas, who was a very renowned New York City jingle guy that we met at a party.

“He helped us with three of our records. In fact, our first record [‘Blue Öyster Cult,’ 1972] was recorded at his studio [the Warehouse]. And it was his idea to play the cowbell.

“It’s not actually very loud on the record – you tend to hear it louder on the radio with the radio compression. I’ve never met Will Ferrell, but if I did, I’d ask him where he got the notion to get that skit idea, to begin with, because it’s really kind of outside.”

“It could be ‘(Don’t Fear) The Reaper.’ It’s not about suicide, although people kind of get that from the Romeo and Juliet reference. But BÖC’s lyrics have always been… not obtuse, but deep.

“They’re certainly open to interpretation, and everybody seems to have their own thoughts about what stuff means. We purposely let people do that – draw their own conclusions from the lyric. So, I don’t think anything is grossly misunderstood, no.

“What do you get from a song? When I hear a song, I like to think what I think about it. I’ll give you an example. Tasmin Archer’s ‘Sleeping Satellite,’ which I always enjoyed as a kind of a love song…

“And then I came to find out that it’s about the Apollo missions to the moon! Once I found that out, I don’t think I enjoyed the song as much.”