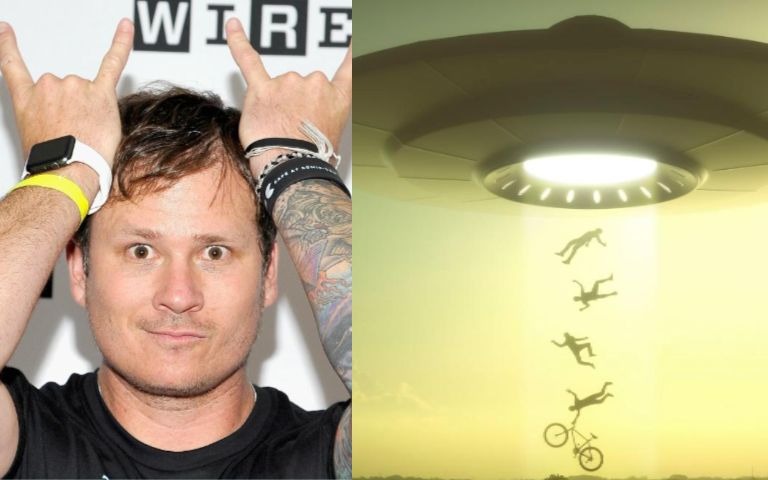 In an interview with KROQ, Tom DeLonge ex-Blink-182 guitarist and UFO enthusiast said that it’s a dangerous idea invade area 51 like people wanted in a Facebook event.

“Oh my god, they would take it seriously. I totally advise people against it for a variety of reasons.

“No. 1, it’s not gonna change anything. No. 2, people can get hurt. And No. 3, there’s really good reasons for things being secret. I used to think it’s because ‘we couldn’t handle it,’ or I used to think, ‘These guys want power, it’s about oil money,’ it’s about all these stupid conspiracies…

“It’s none of those things. It’s scary, and you have a bunch of guys that do not sleep at night dealing with this stuff, so we can go to soccer games and all that. The real way to get change is by dealing with the corporate issue.

“It’s a bureaucratic issue, the way things are kept secret or mechanisms that are there since World War II are there for a really good reason. What we need to do is change the law, and the law would pry the mechanism loose of how it’s secret.”

Would you also agree that the government has the right to protect its secrets?

“We’re just ignorant to how it works and why it works that way, and now that I’m playing in these waters, I’m consistently wow-ed by what they have to deal with and what the stakes are. That’s a big deal.

“I remember when I was doing this early on and I was just so pumped about getting this stuff out. Now I got brought into something, they sat me down, they said… first it was, ‘Who the fuck are you? We need to know who the fuck we’re talking to.’

“It was crazy, it was, like, two days of hardcore questioning. I was pretty scared, to be honest, and I remember I talked my way out of this, and they said, ‘Let me just give you an idea of the stakes of what you’re playing with.’

“And something that they said to me – I didn’t sleep for, like, three nights. You just don’t have any idea as a civilian of the enormity of these things.”

Steve Harris talks about Iron Maiden’s retirement
With father, boy with cerebral palsy has been to over 1,000 metal shows
To Top