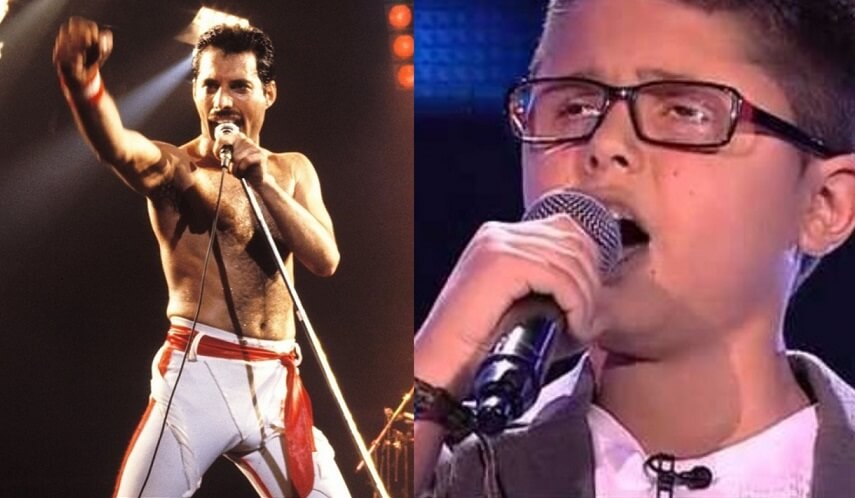 The amazing Romanian kid, Alex Pirvu, at age 10, thrilled the world by participating in the musical reality show “Next Star.” Even though he could not speak English, the boy made the choice: to sing “The Show Must Go On,” one of the classics of Queen.

Pirvu showed charisma and talent, proving that everyone, regardless of limitations, are equal and deserve respect and recognition. From the first chords, silence takes over the studio and everyone present focuses on watching the performance.

With each sentence, the jurors are even more impressed. More restrained and serious, they analyzed every detail. Others, dumbfounded, vibrated and gave in to tears. “How can such a powerful voice fit into this little boy with serene and innocent expression?” Really, it’s hard to explain.

“The Show Must Go On” is a song by the British rock band Queen, featured as the twelfth and final track on their 1991 album Innuendo. It is credited to Queen, but written mainly by Brian May. The song chronicles the effort of Freddie Mercury continuing to perform despite approaching the end of his life; he was dying from complications due to HIV/AIDS, although his illness had not yet been made public in spite of ongoing media speculation claiming that he was seriously ill.

Mercury was so ill when the band recorded the song in 1990 that May had concerns as to whether he was physically capable of singing it. Recalling Mercury’s performance, May states; “I said, ‘Fred, I don’t know if this is going to be possible to sing.’ And he went, ‘I’ll fucking do it, darling’ — vodka down — and went in and killed it, completely lacerated that vocal.”

Nita Strauss, Alice Cooper guitarist announces her 1st solo album
The 100 best guitar solos of all time according to Classic Rock
To Top