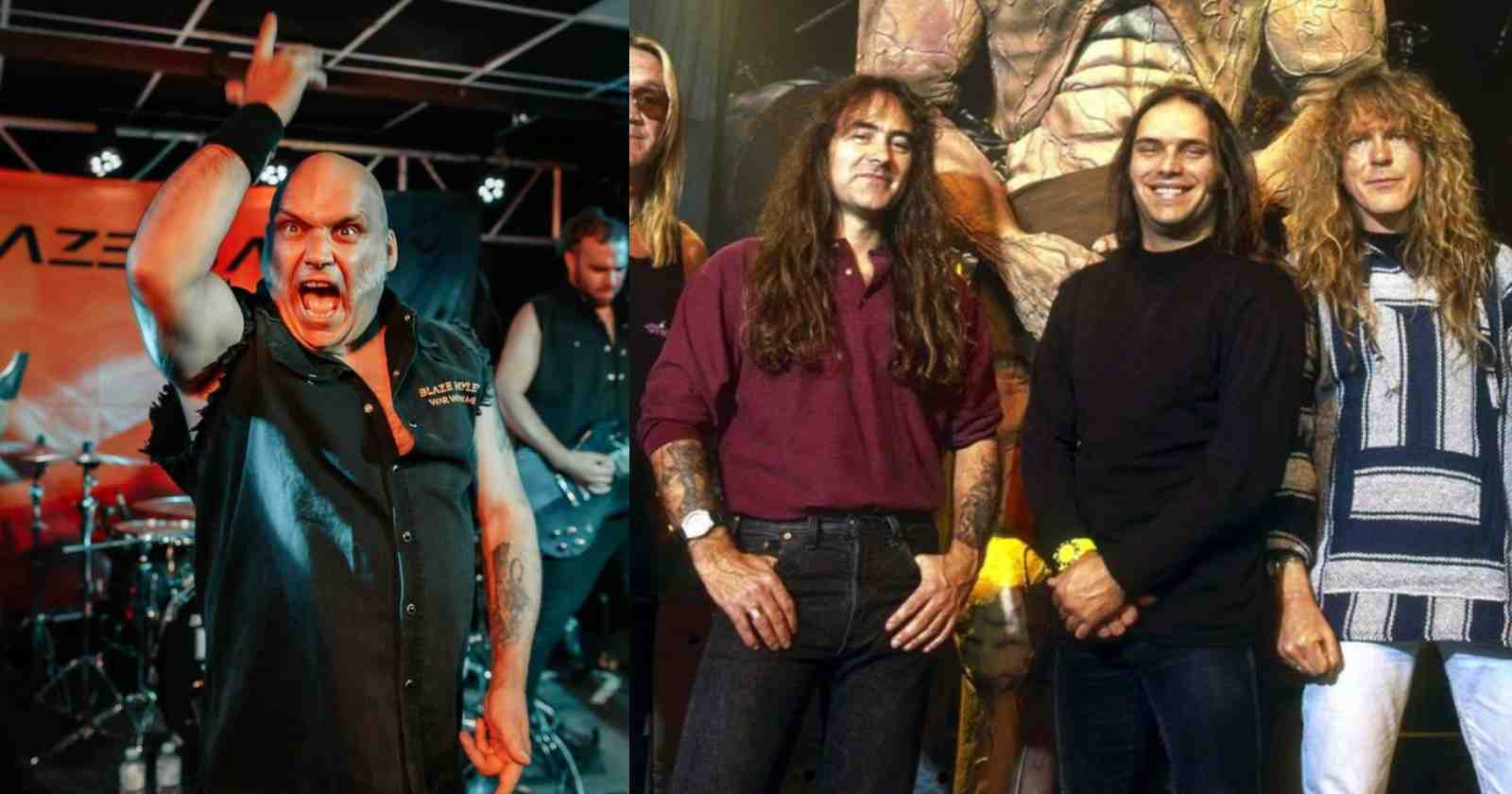 Iron Maiden singer from 1994 to 1999, Blaze Bayley recalled in an interview with The ’80s Glam Metalcast (Transcribed by Ultimate Guitar) his audition to join the band. Bayley recorded 2 studio albums with the Heavy Metal group: “The X Factor” (1995) and “Virtual XI” (1998).

Blaze recalled that some time before Bruce Dickinson left the group, Wolfsbane, Bayley’s band was Maiden’s opening act on tour and they had the CD of his group, which he thinks was a good point in his favor, since they already knew him. “I think what happened was, they held a lot of auditions, they had a lot of tapes in, they already had my CDs, so I asked for an audition, and I got it.”

“And I really thought they would be going for someone that sounded like Bruce, with a lot of great singers out there – Bruce Dickinson, incredibly influential in the world of metal, so a lot of people that sounded or were heavily influenced by Bruce.”

“But they went for something different. I don’t know why but I think they chose me because I was different, and that started something in the band, it was the beginning of the progressive era of Iron Maiden when we did [1995’s] ‘The X Factor.’

“I was shocked. My voice was so different, I thought, ‘I’ll never get this spot, what am I going to do?’ It’s an audition of 10 songs that were all in the set like ‘Fear of the Dark,’ ‘The Trooper,’ ‘Hallowed be thy Name,’ ‘Wrathchild.'”

“And I knew all the drum parts because I was a huge fan – and the guitar solos, and the arrangements – really really well, because I loved Iron Maiden. It was… I felt I did OK at the audition, and then there was a second audition where they record your voice to see how you’re going to be in the studio, which is very, very sensible.”

“I said to Steve Harris at the time, ‘Will I be able to get a tape of this, me singing with the backing track of the band?’ And he said, ‘Well if you don’t get it, we’ll send you a tape of the bloke that did,’, which I thought was very harsh. A few weeks later, out of the blue, I got a phone call, ‘You’re in, come to a meeting.’ And that was it.”