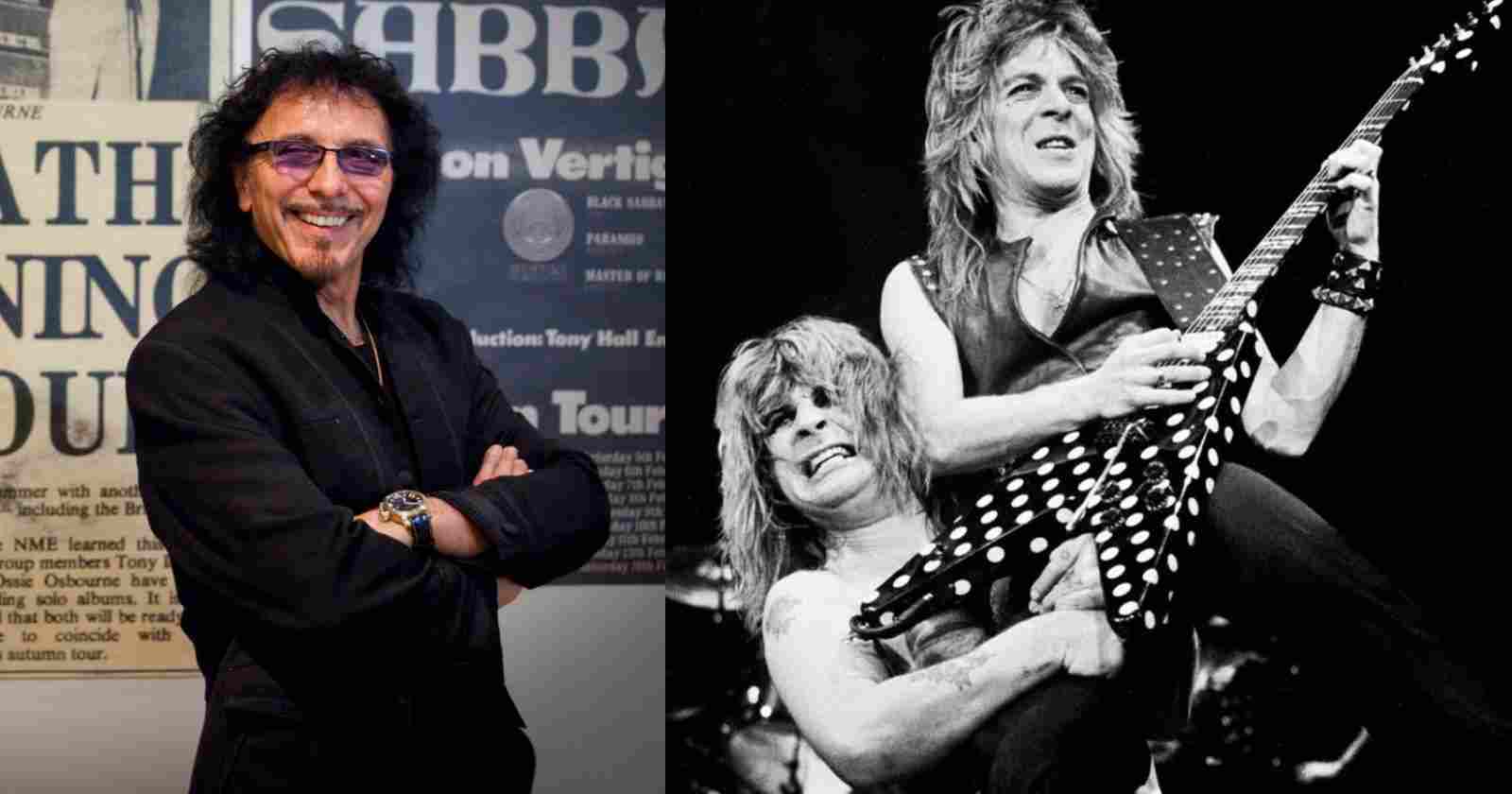 Black Sabbath guitarist Tony Iommi gave his opinion in an interview with Eddie Trunk on the late virtuoso guitarist Randy Rhoads, that made history on Ozzy Osbourne‘s first two solo albums, dying too soon in a tragic way at the age of 25.

“Good, yeah, he’s a good player. I didn’t really sit down and study Ozzy’s albums because I took concern with what we were doing. But when I would hear it on the radio, yeah, he’s a great player, really great player. But then again, before that, I’d heard Eddie Van Halen, so, great player. Randy was a young lad, and brilliant.”

Talking about Ozzy Osbourne outshining Black Sabbath with his solo career during the 80’s:

“Well, I think it was the best thing for Oz. It was the best thing for all of us because he’d made us work again, made us all realize, ‘Blimey, we’ve got to do something here.’ It was great because Sharon got Ozzy rolling again. So I mean, Ozzy went through a real bad dip in himself. He was managed to be pulled out of it, and got a good band behind him.”

“And coming out with some good songs, it was really good. He took on another career, as we did. So we took on the career with Rom. Then Ozzy took on his career as his solo thing, which was really good. People have got two bands for the price of one, really.”

Considering Ozzy’s health, if he was healthy enough to do it, you don’t rule out at some point doing a show here or there?

“Yeah, I don’t rule out anything at the moment, I’m quite open. And it’s great because, in this period, I enjoy everything. One of my main problems with touring all the time was I had no home life – none of us did, really – so for me, I wanted to have my home life, see my daughter and my wife, family, and everybody.”

“And we’ve had some great players, Vinny [Appice, drums] was great, playing with Bill [Ward, drums], playing with Geezer [Butler, bass] and everybody, it’s been a great period. It’s had its ups and downs over the years, but you can’t take it away, I’ve stuck with it, and I enjoyed it.”