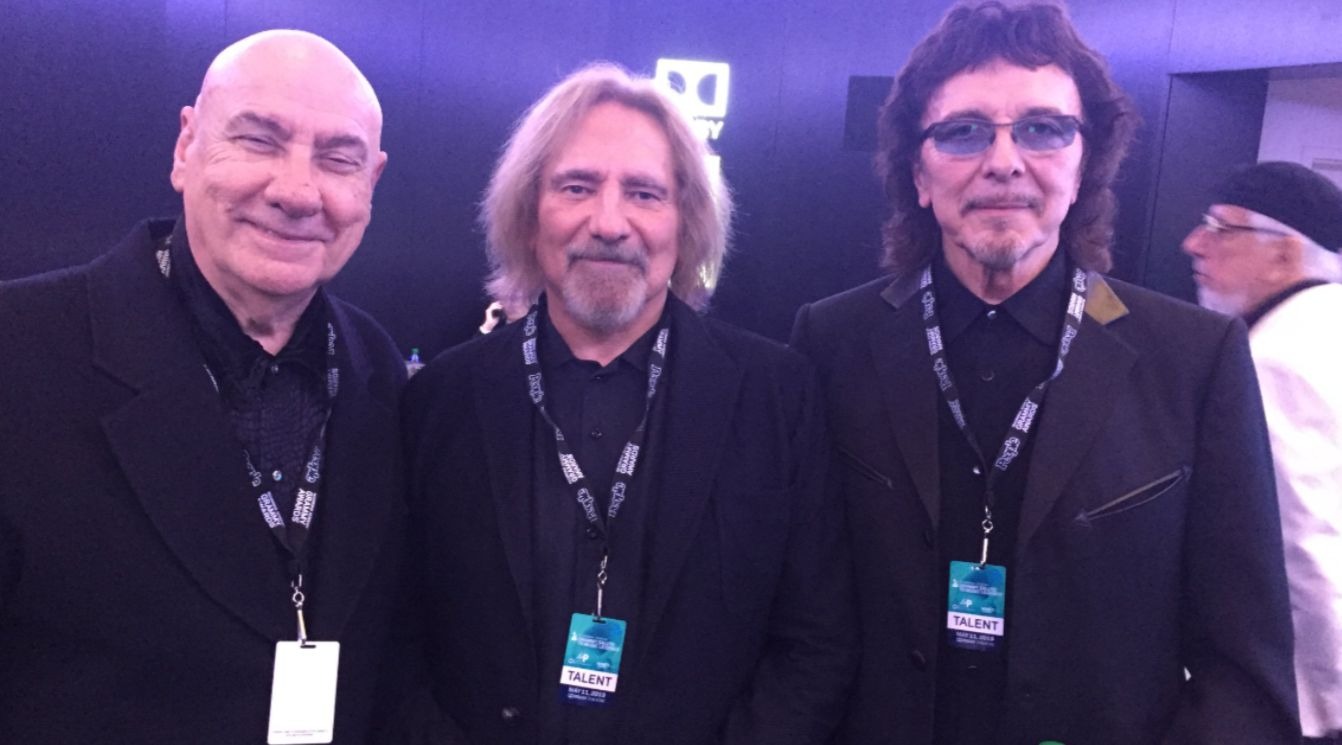 Black Sabbath was honored with the Lifetime Achievement Award from the Grammy Award-winning Recording Academy The honor took place on may 11 in Los Angeles, at an event that brought together Black Sabbath members Tony Iommi and Geezer Butler with former drummer Bill Ward.

The award celebrates “artists who have had significant artistic collaborations in the world of music”. Ozzy Osbourne did not attend the event as he is at home recovering from recent health problems.

In tribute, the group Rival Sons, that already toured with Black Sabbath, presented versions of “War Pigs”, “Changes” and “Paranoid”.

See photos of the event below:

The band helped define the genre with releases such as Black Sabbath (1970), Paranoid (1970), and Master of Reality (1971). The band had multiple line-up changes, with Iommi being the only constant member throughout its history.

Formed in 1968 as the Polka Tulk Blues Band, a blues rock band, the group went through line up changes, renamed themselves as Earth, broke up and reformed. By 1969, they had named themselves Black Sabbath after the film Black Sabbath starring Boris Karloff, and began incorporating occult themes with horror-inspired lyrics and tuned-down guitars. The band’s first show as Black Sabbath took place on 30 August 1969, in Workington. Signing to Philips Records in November 1969, they released their first single, “Evil Woman” on Philips’ sublabel Fontana Records in January 1970.