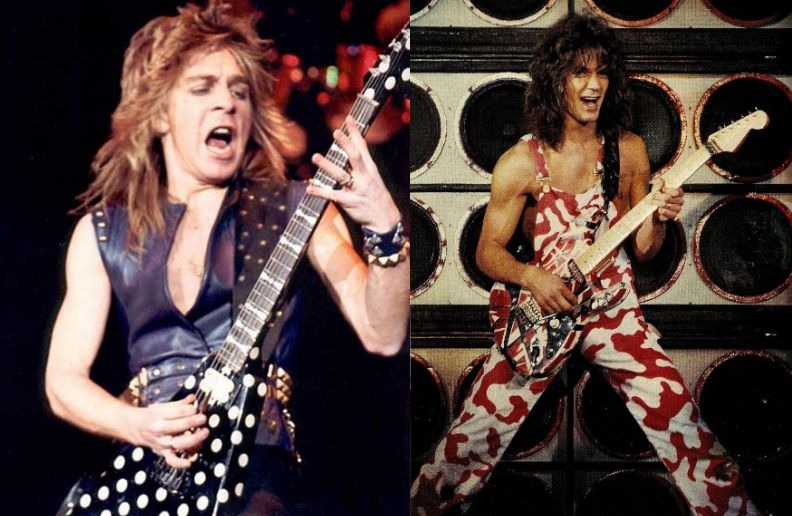 Randy Rhoads was a phenomenal musician and his ability took several guitarists to the tears of frustration, but even him, could be intimidated on certain occasions. According to Rhoads biographer Andrew Klein, one such occasion includes the first time he saw Eddie Van Halen play.

Klein, who is one of the co-authors of the legally contested book, ‘Randy Rhoads’, is quoted a large number of times in a series that compiles selected memories of Ozzy Osbourne’s guitarist. According to Klein, Rhoads’ girlfriend, Jan, was with him the first time he went to a Van Halen show, and that left him “devastated.”

The story illustrates the rivalry that grew between Rhoads and Van Halen, recounting once that Rhoads reportedly asked Eddie how he could keep his guitar tuned without using lock nut in his tremolo: “Eddie refused to tell him and said it was his own secret,” Klein claimed.

“Randy could not understand, because he was a teacher inside him, he loved to help others and was always willing to share everything he knew, he would teach anything to anyone, so he was very disappointed with Eddie’s treatment.”