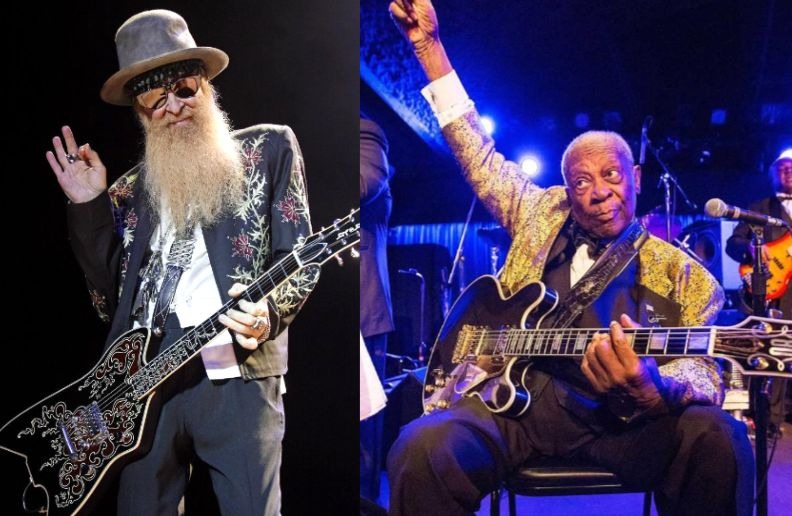 In an interview with Guitarist Magazine, ZZ Top’s legendary guitarist and vocalist Billy Gibbons talked about his relation with the Blues and revealed the advice that B.B. King gave to him and he will never forget.

“You know, I was talking with my Texas guitar playing buddy [and Stevie Ray’s brother] Jimmie Vaughan about this. He said to me, ‘A lot of people say, ‘Oh, blues, it’s so simple.’

“Well, the blues may only be three chords, but the complexity is fascinating. I’ve listened to those old blues records forever. And I can still learn something from these guys. These giants.”

“We never had anything but admiration for the blues giants. Dusty, Frank and I, we shared so much of the same influences, but we never said that we’re going to rescue the blues. We didn’t do that. …

“Growing up, we had a housekeeper who listened to blues radio all day and all night. It didn’t seem to be anything out of the ordinary. It was always around – at least around the house.

“Then when I was five years old, my mom took myself and my little sister out to see Elvis Presley live. I said, ‘Man, that’s what I wanna do!’

“My dad was an entertainer. When I was seven years old, he said, ‘Listen, hop in the car. I wanna take you with me. I’ve got business to take care of at the recording studio.’

“We went into the studio, he parked me in a chair and said, ‘You’ll probably like this, they’re recording a band. I’ll be in the office if you need me…’ It turned out to be a BB King recording session.

“So, between seeing Elvis Presley and BB King I thought, ‘Man, this is it. This is for me!'”

“BB King left me with probably the strongest statements you could ask for. Firstly, you should learn to play what you want to hear, not what someone is trying to teach you. Follow what’s in your head.

“I was about 22 and just starting out with ZZ Top. I was in the dressing room and BB said to me, ‘Can I play your guitar?’ I said, ‘Sure man.’ He strummed it a few times and handed it back to me.

“That was something new! I was mistaken in thinking he was using these extra-heavy strings. I guess he was right there at the beginning when super-light strings were beginning to show up.”