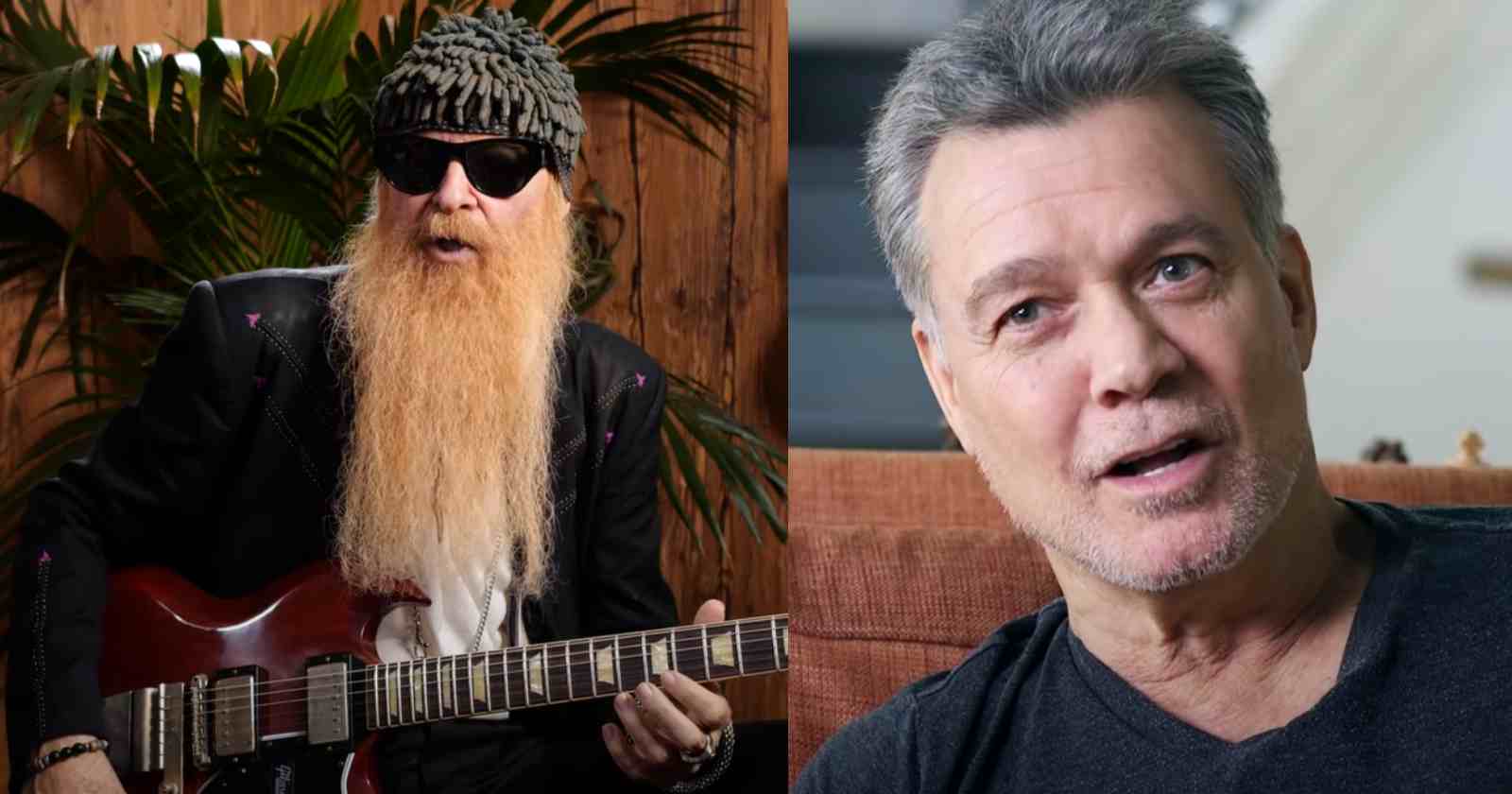 Born in Amsterdam, Netherlands back in 1955, Eddie Van Halen moved with his family to the United States in 1962, growing up in Pasadena, California. Alongside brother Alex, he formed Van Halen in 1972 and became one of the most influential guitarists of all time. Over the decades many famous musicians talked about Eddie and one of them was the legendary ZZ Top guitarist and vocalist Billy Gibbons.

What is Billy Gibbons opinion on Van Halen

Almost all Rock guitarists were shocked when they first heard the music that the Eddie Van Halen was creating and one of those musicians were Billy Gibbons. In an interview with Eddie Trunk back in 2021, he recalled his reaction when he first heard the band. “Oh my goodness, I knew him well from the very first record. He was actually, as it came to pass, I discovered that he was a neighbor, very close to the house back in Los Angeles.”

“And I first heard the word, ‘Hey, man, there’s a guy that plays some interesting guitar riffs. Maybe you should get together,’ only to discover that sitting in the record bin was the first Van Halen record. They had already picked up steam. Fortunately, I was able to go out and catch a live show. That blew my mind. I said, ‘Oh my gosh, these guys have got it going on.’ I miss him dearly.”

“We play in different styles. He and I got together because we both discovered we had a passion for Mexican food. And after his passing, there’s not a day that goes by when I can dip into a bowl of hot sauce. It’s kind of a revisit of fond recollections of being able to hang out together. It’s something else,” Billy Gibbons said.

Curiously, one of the bands that Van Halen used to cover when they playing in the bar circuit was ZZ Top. They used to play: “Chevrolet”, “Brown Sugar”, “La Grange”, “Waiting For The Bus”, “Francine”, “Tush” and “Beer Drinkers & Hell Raisers”.

Gibbons paid tribute to Van Halen after his passing

Eddie Van Halen died at the age of 65 back in 2020 and in an interview with ABC News Radio at the time, Billy Gibbons paid tribute to his friend. “He was always ready to deliver. Even [with] the most ferocious riffs and with that technique, it was really gratifying to be in front of a guy that genuinely appreciated and enjoyed every single moment.”

“Eddie’s technical prowess is nearly unsurpassed. When it comes [to the] hammer-on [style], he’s one of the guys that not only did it best. But did it fast, he did it furiously. And I know that we’re gonna miss hearing some of that hammer-on stuff from Eddie V. What a great player. What a great guy.” Gibbons also recalled that the first time he met Eddie they “started talking about cars and girls. And then we got into the real gist of it…talking about guitars.”

The ZZ Top frontman always was a big Van Halen fan and when Rolling Stone magazine asked him back in 2008 to list the best singers of all time, he picked alongside Elvis Presley, on the position number 9, the second Van Halen vocalist Sammy Hagar.