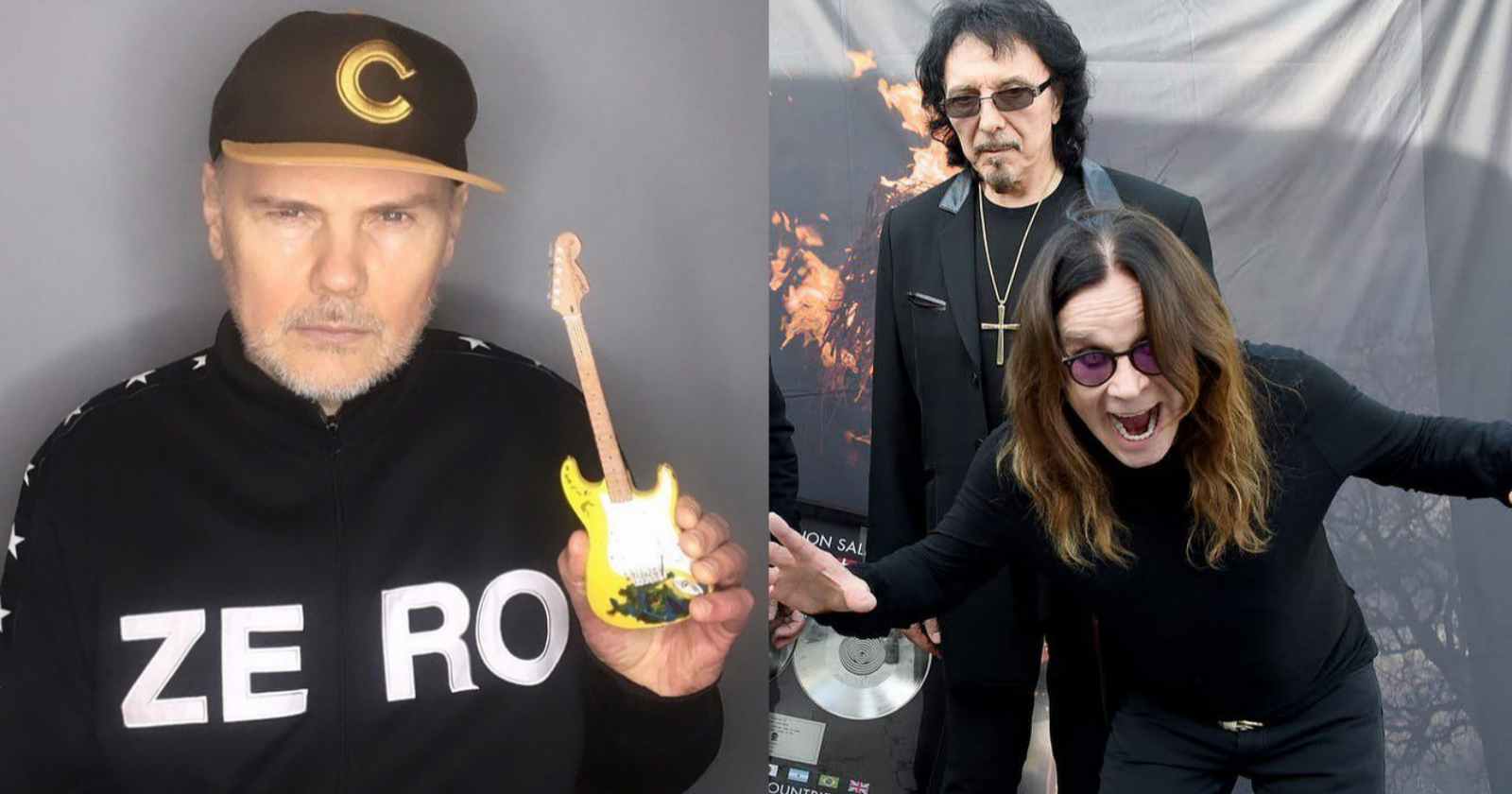 The Smashing Pumpkins vocalist and guitarist Billy Corgan praised in an interview with Kerrang! the legendary Black Sabbath guitarist Tony Iommi and bands like Judas Priest and Accept. The musician said he loves the groups and especially the amazing riffs they have composed during their careers.

Corgan is currently promoting the new Smashing Pumpkins single “Beguiled”, that is part of their upcoming 33 tracks Opera Rock called “Atum” that will be released in 3 parts. Each volume will be out 3 with a distance of 11 weeks. The first one will be out next November 15.

When talking about guitar riffs the musician praised the three heavy bands, saying: “It has to be fresh. Tony Iommi from Black Sabbath, he’s my hero, and Tony wrote those riffs that, when you hear him, it’s like a movie. In my mind, I always call it ‘Cosmic Sabbath’. When I would listen to Sabbath, I felt like I was peering into the universe. That’s the way it made me feel, even as a little kid.”

“So for me, a great riff has to kind of make you feel something bigger. So if I’m not in the mood it just feels weird. There’s a thin line between cartoonish and owning the space. Bands like Priest and Sabbath, and even Accept – which the riff reminds me a little bit of – [they all have] something about fucking owning the metal. It’s like, you’ve gotta believe it,” Billy Corgan said.

Formed in Chicago, Illinois back in 1988, The Smashing Pumpkins became one of the most influential Alternative Rock bands from the United States. They are known for albums like “Siamese Dream” (1993) and “Mellon Collie and the Infinite Sadness” (1995). Those records have famous tracks like “Disarm”, “1979”, “Tonight, Tonight” and “Bullet with Butterfly Wings”.