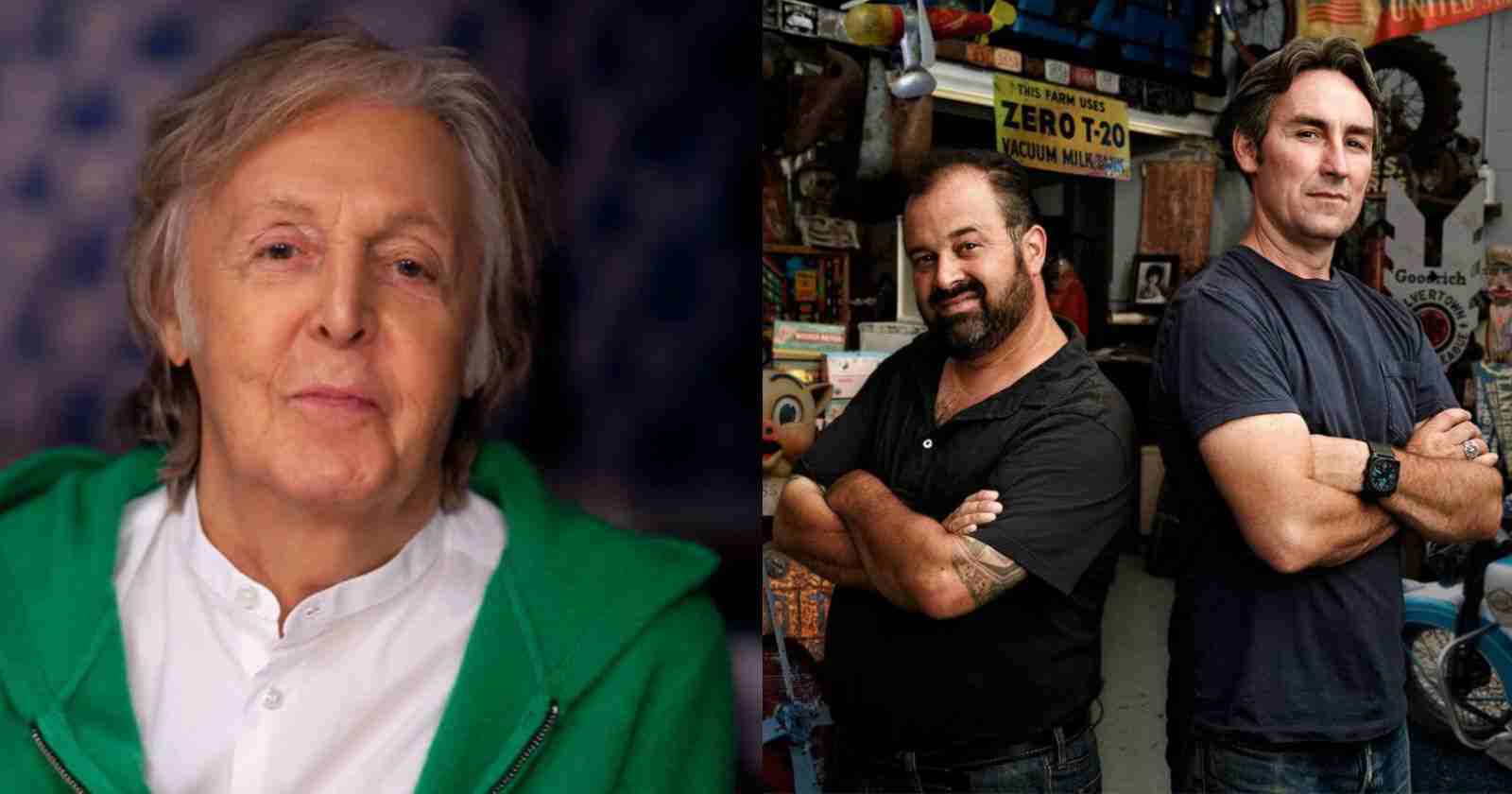 Beatle Paul McCartney revealed in an interview with Adam Buxton podcast his favorite TV Shows and explained why. The 78-year-old musician is currently promoting his new album “McCartney III” in which he played all the instruments.

The Beatle admitted to being a big fan of property auction trade programme Homes Under The Hammer and panel shows including Would I Lie to You and Mock The Week.

“What happens is I go to the gym most mornings and there’s always a TV programme on and Homes Under The Hammer is normally what’s on at the time I go, so I watch that. Now I’m moving around. Big favorite at the moment is American Pickers, it’s great, it’s two guys Mike and Frank who go around America collecting for their antiques shop and they go to all these places, all these barns where there’s all – what they call it – rusty gold and it’s great, they find it, they bargain. It’s just a good show, they’re fun guys. Some of the stuff they find is quite amazing. So I like that.”

“I like Storage Hunters, that’s quite funny, there’s an American version that’s quite funny and an English version, there are great characters on it and it is interesting to see whether they’ve found something good in the bin or whether it’s a complete washout. This shows my mental age, but I like that sort of stuff. It’s not too challenging and I think it’s interesting.”

“I love comedy. I watch it on TV, you know Live From The Apollo, you see wonderful people on that. Then I like shows like Mock The Week and Have I Got News For You, I like those shows. And I like Would I Lie To You? I think there’s some very funny people on that, Lee Mack is a very talented boy. You sit at home with your friends or family and you say, ‘He’s lying, he’s lying”!’ That’s the kind of thing I like.”

When asked if he would liked to go to the show, he said: “That is an interesting question. Most people who watch that show think ‘could I lie with a straight face?’ It would be fun to lie. The ones I like are the double bluffs where it is so ridiculous. He looks like he is lying but in the end it is true. I probably wouldn’t risk it (going on) but I haven’t been asked, so that is a factor.”