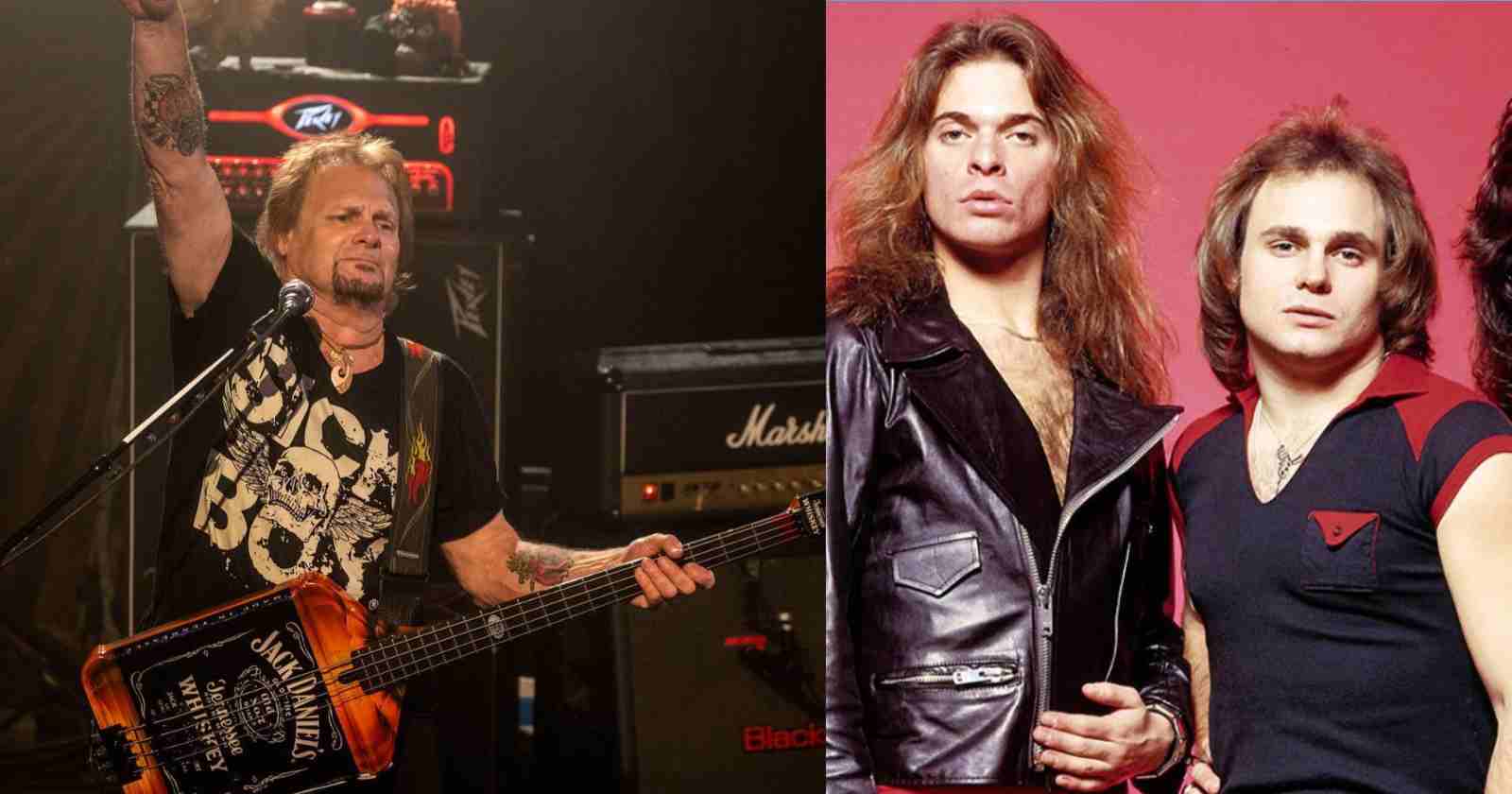 The classic Van Halen bassist Michael Anthony who was a member of the band from 1974 until 2006 and was not part of the band’s reunion in the last decade, talked about the rumours of a possible Van Halen reunion that were first revealed by ex-Metallica bassist Jason Newsted.

In an interview with Mitch Lafon (Transcribed by Ultimate Guitar) the musician that has been playing with the ex-Van Halen vocalist Sammy Hagar revealed that he talked last year with Alex Van Halen and David Lee Roth about this project but he said he doesn’t know nothing about Jason Newsted being invited as the musician said he was but declined the offer.

“It’s kind of weird because as soon as somebody mentions something, even if it’s not necessarily going to happen, all of a sudden somebody grabs ahold of it. All of a sudden it’s blown up. The only thing that was kind of a surprise to me was the Jason Newsted thing. When he came out and said that Alex (Van Halen) had talked to him last year or something like that. Which is interesting, because I actually had been on a conference call with Irving Azoff (label executive), Alex and Dave (Lee Roth) last year. So I don’t know what the Jason thing was all about.”

“Satriani, I spoke to Joe about it. It was more of something kicking around. Alex is still in mourning or whatever you want to say. I did have some talks with Dave and Alex last year. So I’m not really sure what the Jason Newsted thing came out of. We had been discussing this for well over a year.”

“But anyway, as far as right now, everything’s pretty quiet. I hope something happens in the future here. I think Joe was mentioning it in some of the interview that he did that It’s more of a celebration of the band and the music, rather than calling it Van Halen, you know? Eddie being probably the most integral part of the whole band. Can’t really call it Van Halen after that.”

“I know his son, Wolfie. He’s out doing his own thing now, he went out and played with the band or whatever. But I think he’s into his own music now. I’m sure at some point he’ll play some of the Van Halen stuff. But right now, I think he’s more focused on his thing,” Michael Anthony said.

Joe Satriani recently confirmed in a conversation with VW Music that Michael Anthony and Sammy Hagar were contacted to be part of the reunion. David Lee Roth who had announced his retirement last year, talked with Van Halen News Desk recently about the possibility of a reunion. But as in many of his statements over the years, it’s not possible to really know if he is joking or saying something serious.

The legendary guitarist Eddie Van Halen died victim of cancer back in 2020 at the age of 65.