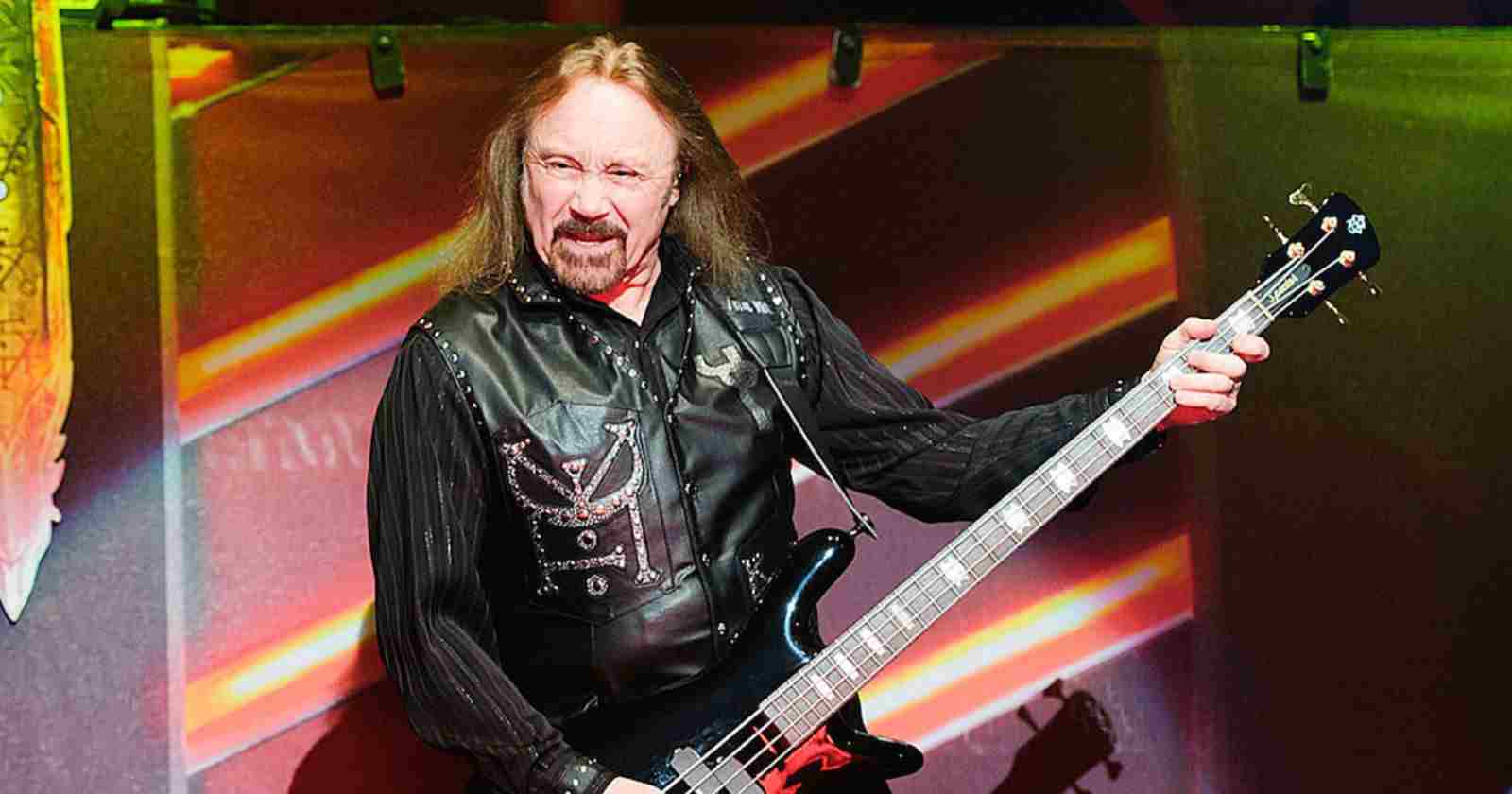 Judas Priest bassist Ian Hill, that was the founder of the band with guitarist K.K Downing chose in an interview with Classic Rock magazine the 10 songs of the group that he likes the most. The band recently released a photo book called: “Judas Priest: 50 Heavy Metal Years“.

“Dying To Meet You”

“People think heavy metal happened overnight, but it took almost a full decade to get full-flow. In the beginning it was all very eclectic – just look at Top Of The Pops in that era; Helen Shapiro one week, Cream or Jimi Hendrix the next! It was all pop music, even the blues – nobody saying ‘I won’t listen to these because they’re heavy metal’ or whatever, it was one big eclectic scene. Dying To Meet You is an extension of that – it really shows the versatility of the band with soft passages, fast passages, quiet/loud – rock, funk and jazz all in one song!”

“Dissident Aggressor owes a lot to Simon Phillips’ drums, as he’d taken over after Alan [Moore, original drummer] left. His parts make the track – they’re very sparse. Even though it’s just a basic rock song and we had it done within twenty minutes or so, it has this raw rock sound that is phenomenal. The riff is wild; I love playing it live and having it rammed down your throat – it’s great! The crowd love it too, but obviously with new albums songs end up getting passed by and this one has dropped and reappeared a few times over the years.”

Better By You, Better Than Me

“Better By You, Better Than Me caused us a lot of problems down the line, when we got pulled into court for subliminal messaging. We thought they were joking when someone first told us, next thing we knew we were on a plane to Reno to appear in court with all these people with placards chanting outside. Their lawyers were good, too – there were times we thought maybe we had done it! Even worse, the song was only on there because [then-label] CBS asked us to add it after the recording and it didn’t even get released as a single in the end!”

“The Rage has something pretty rare for us… a bass start! It’s another one that shows our versatility, with this reggae opening before going into an epic semi-power ballad, almost two entirely different styles of song. It came about because Ken (K.K. Dowling, guitars) or Glenn (Tipton, guitars) asked me to stick something off-beat over the top and that’s what I came up with, while Dave [Holland, drums] stuck the ‘chucka-chucka’ beat over the guitars. Everything became defined over British Steel – our sound, image etc. and that basically took us up the road right to Defenders Of The Faith.”

You’ve Got Another Thing Comin’

“You’ve Got Another Thing Comin’ is basically the song that broke us on radio – Europe, the USA, Japan… you name where, they were playing the hell out of it. The tour we were putting together at the time had to be scrapped so bigger venues could be booked – I think it’s the only Priest song played on AM radio and went a long, long way to breaking us in the States. We got financially secure and there was a big breath of relief that we could take more time to finesse things”

“Freewheel Burning hits top speed early and stays there from then on! We were recording that in Miami and ended up having this massive party with [producer] Tom Allom. My lasting memory is Tom sat at a piano playing Freewheel Burning and pulling faces, screaming ‘Freewheel Gurning’! Maybe you had to be there… We became very close to becoming a fad at that point and the thing with fads is they eventually go out of fashion. It was a great time though – some of the shows we did were absolutely enormous; we could play up to 20,000 people a night.”

“You can’t have a list of Priest songs without including Painkiller. Scott Travis (drums) opened new avenues for us with faster bass-drum work that Dave – God bless him – wasn’t really capable of. Scott’s one of the finest heavy metal drummers in the world, even today he just seems to get better. Painkiller defined our new direction, though I think we could have avoided Rob [Halford, vocals] leaving if we’d handled things a bit differently to be honest. But what happened, happened – even so, it was a shame.”

“We wrote some great songs with Ripper (Tim Owens, Priest vocalist from 1996 – 2003), who is an astounding vocalist, but when you’re trying to pick just ten songs it’s impossible to single them out! People were so excited when Rob re-joined for Angel of Retribution and it was his rightful place really, to the point where being back in the studio felt natural, like putting on an old glove. Judas Rising is the first song on that album and what a way to come back! We played it again on the last tour and people were surprised at how powerful that song still is.”

“Ken decided to retire before Redeemer Of Souls but we luckily found a great guitarist in Richie Faulkner. As soon as we heard him play it was all over – some of the stuff he did on Redeemer… is tremendous and Halls of Valhalla stands out as a truly brilliant production piece. I have very fond memories of playing that live – looking backstage at our crew and they were all sat in a line pretending to row! I killed myself laughing at that, but its such a mega song and I love having it in the set.”

“I honestly could have stuck the whole Firepower album on – I know people often say their latest album is best, but I do think it’s the finest album we’ve made, the pinnacle of what we’ve been doing for over 50 years. The double of Guardians as an intro into Rising From Ruins feels very apt from the back of the pandemic, but is also an epic production piece that easily could have been in a movie, especially with that piano piece to lead in. I think it makes an enormous statement about who we are now and who we’ve always been,” Ian Hill said.

Ian Hill learned how to play the double bass with his father, a bass player for local jazz acts. His father died when he was fifteen. In 1970, together with schoolmate K. K. Downing, Hill formed Judas Priest. He has been playing bass with the band ever since, and is the only original member continuously in the band from the beginning, following Downing’s departure in 2011. During the early years of the band, he played bass by finger-picking, but has since preferred to play with a pick.