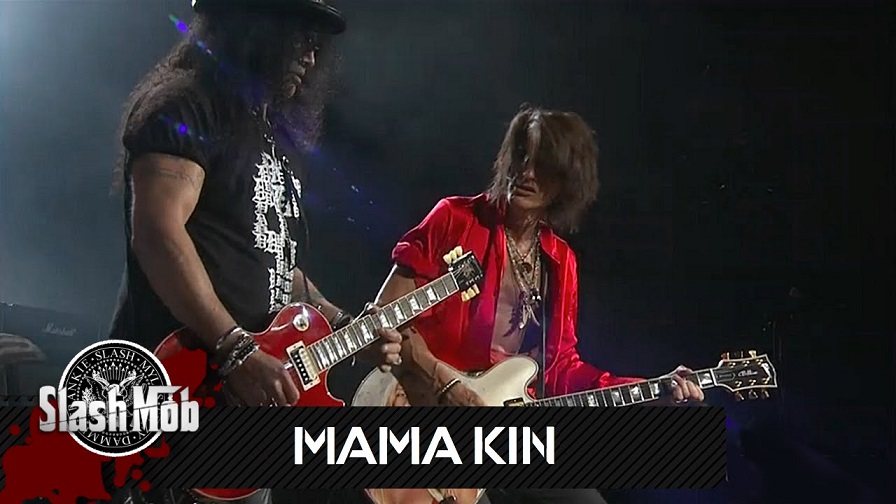 Back in 2014 Slash joined Aerosmith on stage to play “Mama Kin” for the last show of the Let Rock Rule Tour at the DTE Energy Music Theatre in Detroit, MI.

“Mama Kin” appears on Aerosmith’s self-titled debut album. The song was written by the lead singer Steven Tyler. Being the band’s first ever single, it has been played live for several decades afterward, appearing on the live albums Live! Bootleg, Classics Live, and A Little South of Sanity.

The song comprises a basic guitar riff, with a strong rhythm backbeat which comes in between lyrics in the verse and throughout the bridge. There are also saxophones interspersed throughout the song.

The song has also been a live staple of Aerosmith concerts throughout the band’s career. Live versions of the song appeared on Live! Bootleg, Classics Live, and A Little South of Sanity.