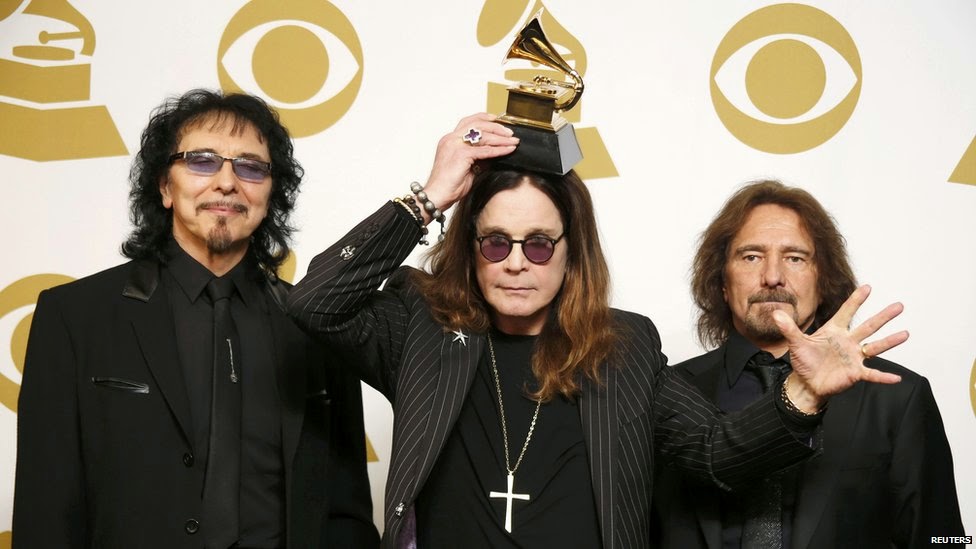 Ozzy Osbourne explained about one of the most embarrassing incidents of the 56th Grammy Awards. Ozzy, 65, was responsible to introduce former Beatle Ringo Starr to the music event in Los Angeles. The Grammy organizers had made a simple suggestion for the Black Sabbath frontman: “All you have to do is stand on stage with your bandmates and read the teleprompter.”

But what was Ozzy talking about? He seemed to read doodles instead of following the teleprompter, his band mates Geezer Butler and Tony Iommi giggling while Ozzy fumbled to introduce Ringo Starr.

According to information from Access Hollywood, Osbourne had a simple explanation for all that, telling reporters backstage: “I fucked up.”