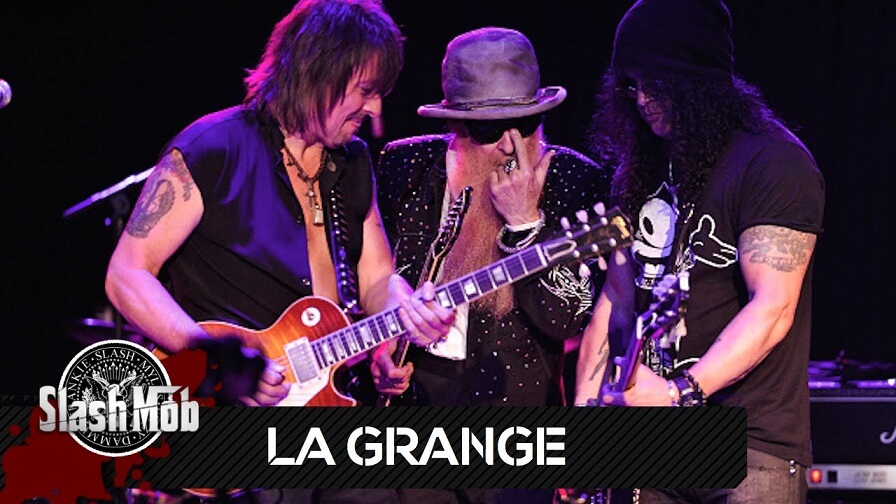 La Grange is from ZZ Top’s 1973 album Tres Hombres, and is one of their most successful songs, it was released as a single in 1973 and received extensive radio play, rising to No. 41 on the Billboard Hot 100 in 1974. The song refers to a brothel on the outskirts of La Grange, Texas (later called the “Chicken Ranch”). The brothel is also the subject of the Broadway play and film The Best Little Whorehouse in Texas, the latter starring Dolly Parton and Burt Reynolds.

Billy Gibbons played the lead on a 1955 Fender Stratocaster with a stop tailpiece through a Marshall Super Lead 100 amp with Celestion greenback speakers. The song was produced by Bill Ham and mixed by Terry Manning.

The initial groove of the song is based on a traditional boogie blues rhythm used by John Lee Hooker in “Boogie Chillen'” and by Slim Harpo in “Shake Your Hips”. A failed lawsuit by the copyright holder of “Boogie Chillen'” resulted in the court ruling that the rhythm was in the public domain. The line “a-how-how-how-how” is quoted from John Lee Hooker’s song “Boom Boom”.