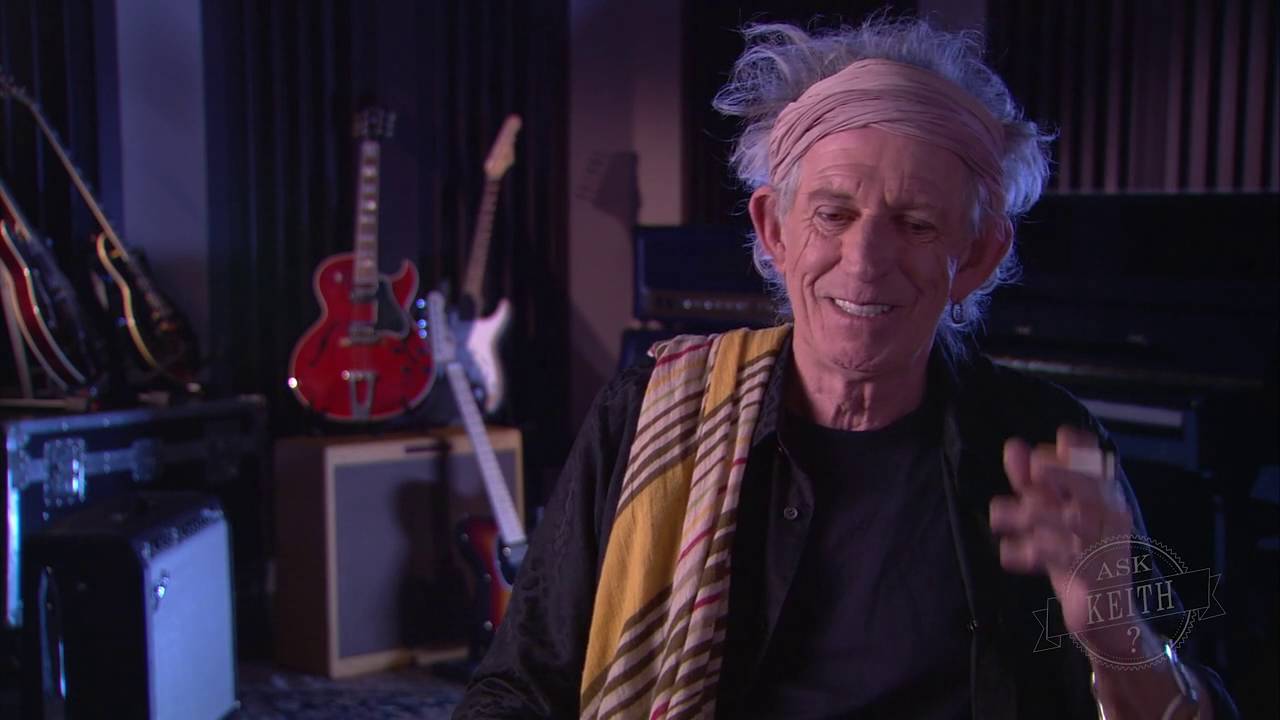 Fans all over the world send questions to Keith Richards’ official channel’s and now he is answering them and posting on Youtube. He recently answered if he believe in aliens.

Keith Richards was born on December 18, 1943, in Dartford, Kent County, the only child of Bertrand Richards and Doris Dupree Richards. He lived his early years under the attack of the Nazi V-1 rockets on his city.

Son of factory workers and grandson of socialists and leaders of civil rights struggles, his contact with music came as a child, through his grandfather Gus, who had an old stringed gut guitar in his house, as his autobiography says.

Keith, still young, admired the Rock and Roll and the Blues produced in the United States, being fan of Elvis Presley, Muddy Waters and Willie Dixon, among others. He studied at the Sidcup School of Art when, in 1961, he reunited with childhood friend Mick Jagger, who is also a Blues fan. Soon Keith dropped out of school and invested everything in the band.

Back In Time: Gene Simmons meets his impersonator
Hear Dave Mustaine and Marty Friedman’s isolated guitar on “Symphony Of Destruction”
Advertisement
To Top