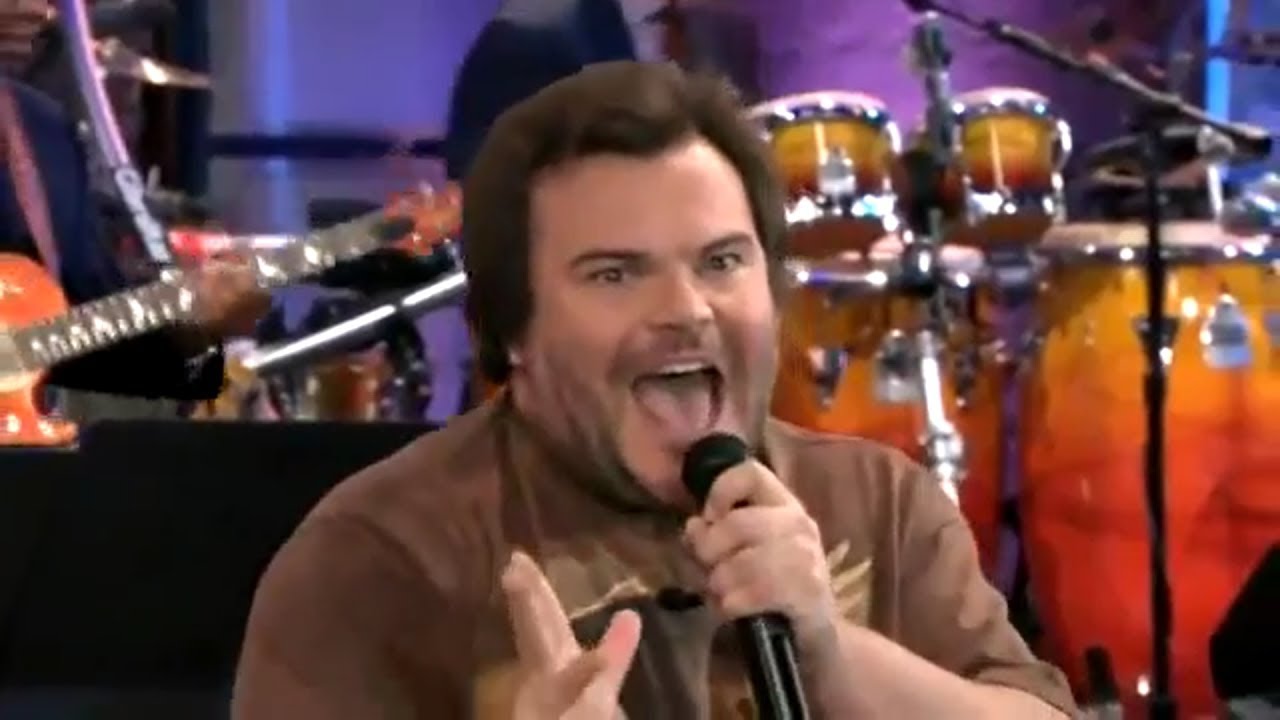 Back in 2011 Jack Black sang Black Sabbath’s “War Pigs” on “The Tonight Show with Jay Leno” and it was pretty cool!

Tenacious D’s studio releases, and (as of 2006) its live performances, feature a full band lineup, including such musicians as guitarist John Konesky and bassist John Spiker. Drummer Dave Grohl (Foo Fighters, Nirvana) has played on every studio release.

The band first gained popularity in 1997 when they starred in their eponymous television series and began to support large rock acts. In 2001, they released Tenacious D, their debut album featuring a full band.

The first single, “Tribute”, was the band’s most successful achieving their only Top 10 in any chart, until they released “The Metal”, which was shown on Saturday Night Live. In 2006, they starred in, and recorded the soundtrack for, the film Tenacious D in The Pick of Destiny.

In support of the film, the band went on a world tour, appearing for the first time with a full band. They released their newest album Rize of the Fenix on May 15, 2012.