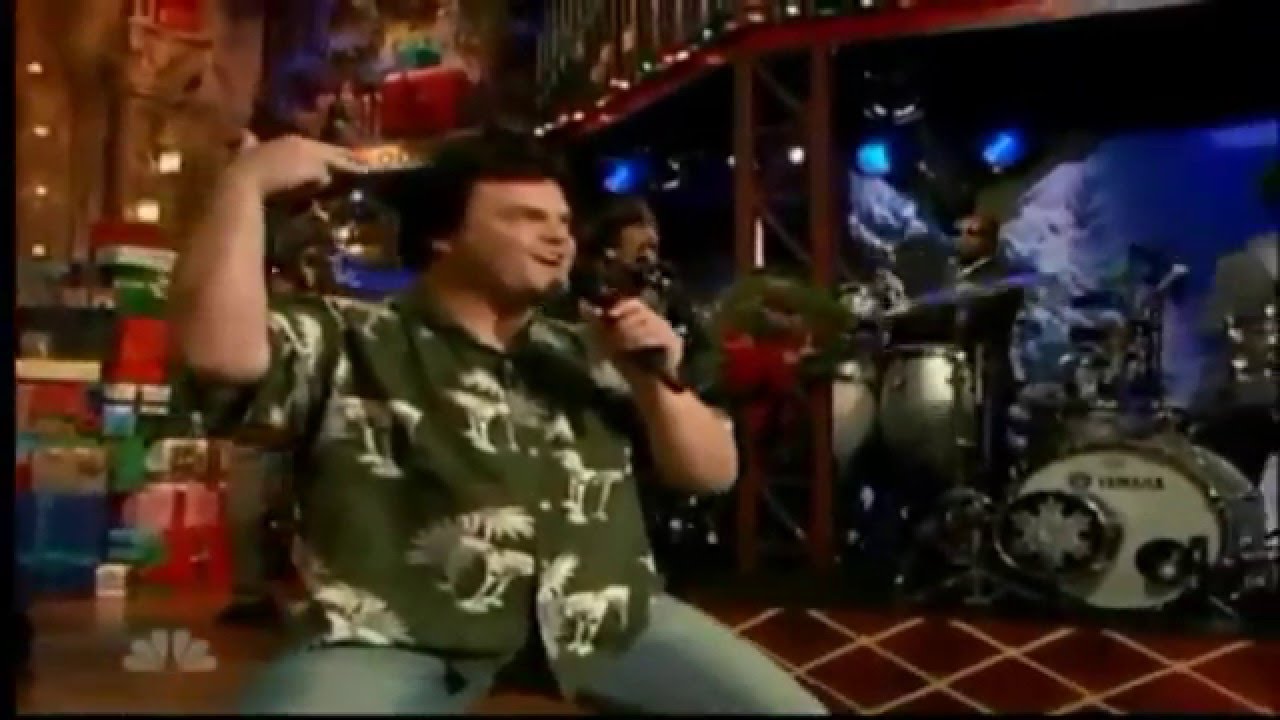 A few years ago, Jack Black made his entrance in Late Night with Jimmy Fallon performing an excerpt of Dio’s “Holy Diver” with The Roots and it was pretty cool.

He had already performed the song on Tenacious D in 2001.

Recorded by Ronnie James Dio, the song was released in August 1983 as the lead single from the band’s debut album of the same name. Although it only reached number 40 on the Mainstream Rock chart at that time, today it is one of Dio’s most popular songs.

When played on the radio, many stations cut the extended instrumental intro sequence. Following the terrorist attacks on September 11, 2001, the song was placed on the list of post-9/11 inappropriate titles distributed by Clear Channel. In 2009, Holy Diver placed 43rd on VH1’s Top 100 Hard Rock Songs.

The music video for “Holy Diver”, directed and edited by Arthur Ellis, features Dio as a hairy barbarian adventuring through a desolate church. First he strikes a shrouded figure and his hobgoblin friend with his sword, but instead of killing them he turns them into rats. He later visits a blacksmith who is forging a sword.

He throws his sword in the trash and deftly catches the newly forged one. Walking through a corridor, he encounters three seated hooded figures. As the camera pans across them, the third slowly raises its head to reveal eyes resembling those of a cat. The final shots show Dio exiting the church.

Gene Simmons is being prosecuted for sexual harassment
Back in Time: George Harrison gets mad at Paul McCartney
Advertisement
To Top