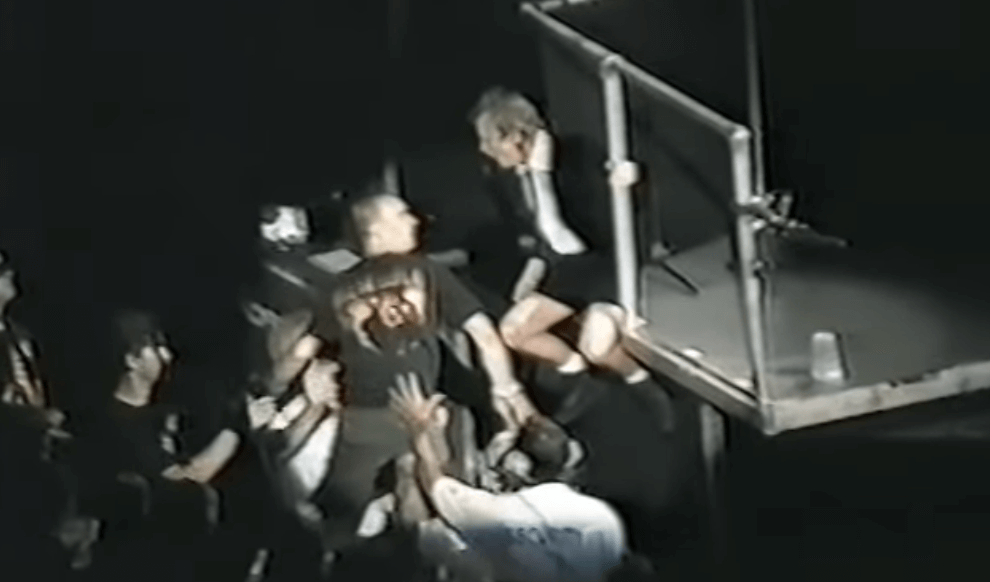 Back in 2000, in Phoenix, AZ, some idiot fan threw a beer at Angus Young while AC/DC was performing. The guitarist went mand and faced the fan that was removed by the security guards.

AC/DC was promoting the Stiff Upper Lip album that was produced by Angus and Malcolm brother George Young at the Warehouse Studio, again in Vancouver. The album was better received by critics than Ballbreaker but was considered lacking in new ideas.

The Australian release included a bonus disc with three promotional videos and several live performances recorded in Madrid, Spain in 1996. Stiff Upper Lip reached No.1 in five countries, including Argentina and Germany; No.2 in three countries, Spain, France and Switzerland; No.3 in Australia; No.5 in Canada and Portugal; and No.7 in Norway, the US and Hungary.

The first single, “Stiff Upper Lip”, remained at No.1 on the US Mainstream Rock charts for four weeks.[34] The other singles released also did very well; “Satellite Blues” and “Safe in New York City” reached No.7 and No.31 on Billboard’s Mainstream Rock Tracks, respectively.