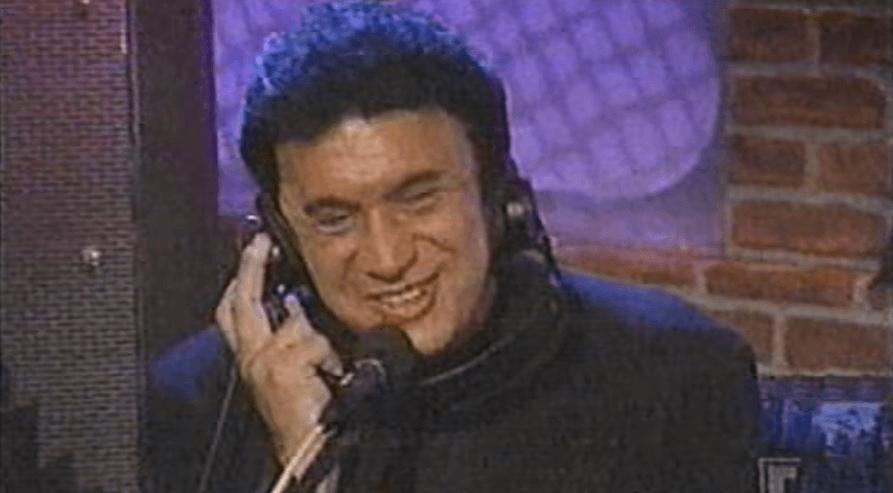 Back in 2001, Kiss’ bassist and vocalist, Gene Simmons, met his impersonator Craig Grass on Howard Stern’s radio show and it was funny as hell.

Gene Simmons, the stage name of Chaim Weitz, (Tirat Carmel, August 25, 1949) is the lead singer, bassist and founder of hard rock band Kiss. Simmons is best known by his nickname “The Demon”. Along with fellow vocalist Paul Stanley, Simmons is the only remaining member of the original Kiss lineup, and has appeared on all of the band’s albums.

Contrary to many rock personalities, Simmons claims to have “never consumed drugs, never smoked or ever drank too much alcohol in his life.”  He is famous for his demonic manner during shows, is also famous for his bass ax-shaped, Ax Bass. Naturalized North American, he is a former primary teacher. Among his best compositions are Rock and Roll All Night, Shout It Out Loud, Christine 16, I Love It Loud, War Machine, among other hits. Simmons also debuted his own reality show “Gene Simmons: Family Jewels” on A & E.

Paul McCartney plays “Helter Skelter” with Muse members
Back In Time: Keith Richards says if he believes in aliens
Advertisement
To Top