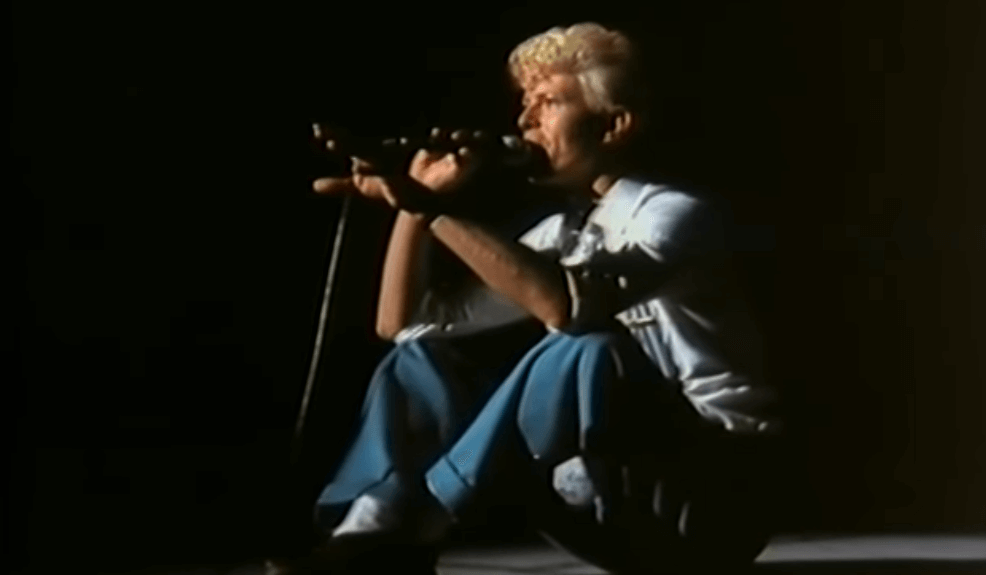 The last show of the Serious Moonlight tour, 8th December, 1983, was the 3rd anniversary of John Lennon’s death, whom Bowie and Slick knew. Slick suggested a few days prior to the show that they play “Across the Universe” as a tribute; but Bowie said, “Well if we’re going to do it, we might as well do ‘Imagine’.” They performed the song on the final night of the tour as a tribute to their friend.

“Imagine” is a song written and performed by English musician John Lennon. The best-selling single of his solo career, its lyrics encourage the listener to imagine a world at peace without the barriers of borders or the divisions of religion and nationality and to consider the possibility that the whole of humanity would live unattached to material possessions. 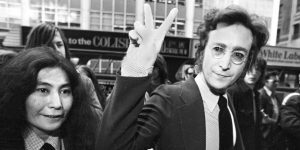 Although not originally released as a single in the United Kingdom, it was released in 1975 to promote a compilation LP and it reached number six on the chart that year. The song has since sold more than 1.6 million copies in the UK; it reached number one following Lennon’s murder in December 1980. In 1985, the Central Park Conservancy memorialised a portion of the park in honour of Lennon, called Strawberry Fields, with a mosaic that reads “Imagine”.